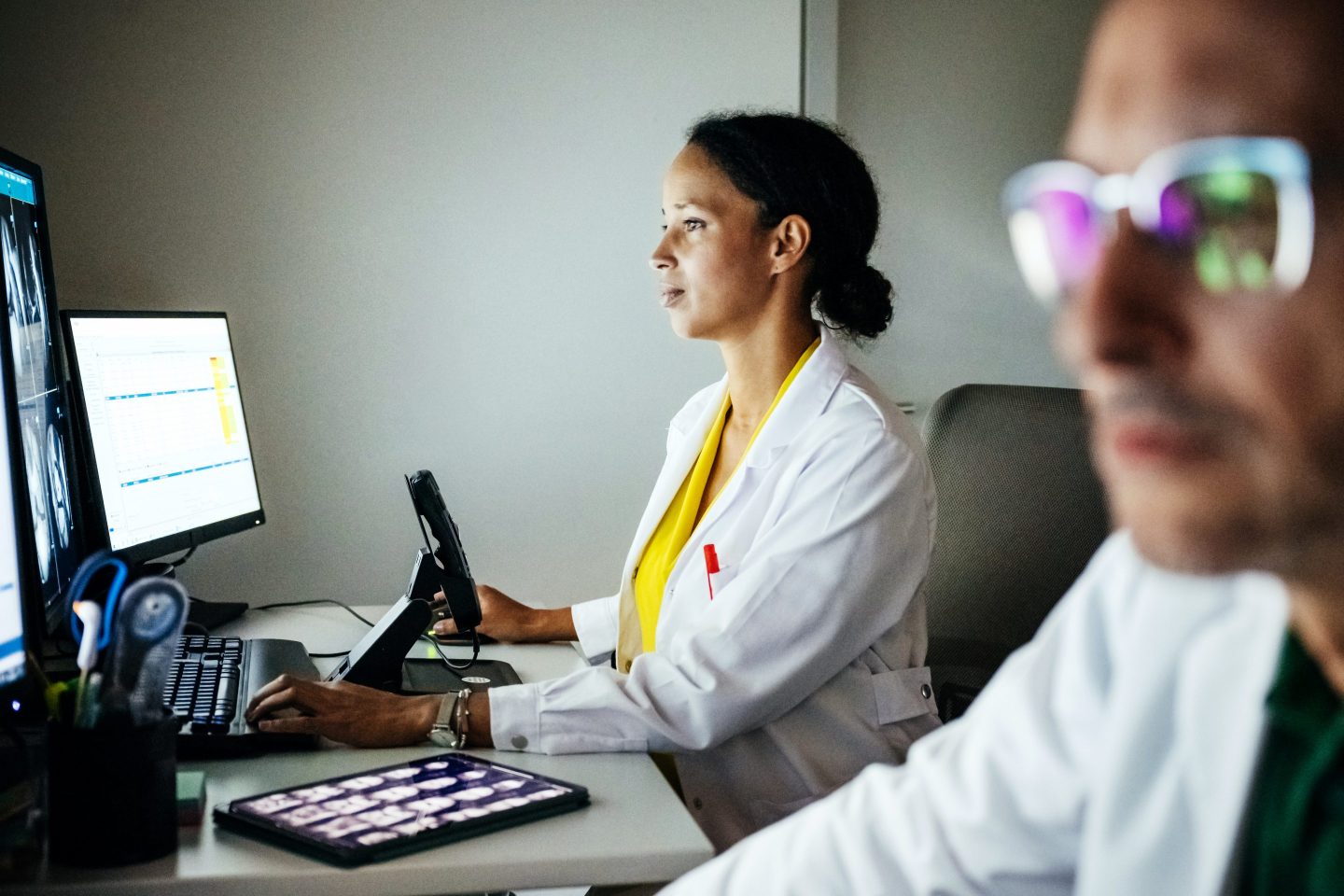 In the midst of the pandemic, many health care workers are struggling with burnout, depression, and anxiety—and some are turning to substance abuse to cope.
Tom Werner—Getty Images

In the midst of the COVID-19 pandemic, about half of U.S. health care workers report they’re at their breaking point owing to job-related stress and trauma.

About one in seven (14%) doctors report they’ve consumed alcohol or a controlled substance while at work, according to APN’s State of Mental Health: American Healthcare Workers report released on Thursday. The report is based on a survey of 1,000 health care workers conducted in July. About 21% of physicians say they’ve had drugs or alcohol multiple times per day, with 17% admitting it’s happening on a daily basis.

That’s higher than the roughly 14% of all Americans ages 18 and older who reported using illicit drugs monthly, according to the 2020 National Survey on Drug Use and Health. About 54% reported consuming alcohol monthly, but only a quarter reported binge drinking.

“When you look at the statistics of how many of them are in need of help, it’s pretty alarming,” Nordheimer says. “There are so many strains on the health care system. I think that if people realize just how fragile the whole health care system in the U.S. really is, they would probably be a lot more concerned than they really are.”

In many cases, Nordheimer says, health care workers on the front lines of the COVID pandemic have seen and experienced the type of trauma that is more in line with what wartime soldiers go through. Many are experiencing varying degrees of post-traumatic stress disorder (PTSD).

Nordheimer compares the pandemic’s death toll to having roughly the equivalent of “17 Vietnam Wars in a matter of two years.” The Vietnam memorial in D.C. lists nearly 60,000 U.S. armed forces members who were killed or missing in action in Vietnam over the course of 20 years. So far, there have been 1.04 million COVID deaths in the U.S., according to Johns Hopkins.

Even those health care workers not directly working with COVID patients have experienced increased anxiety, depression, and stress as the pandemic upended their professions. Scott, a behavioral health consultant, checked into a treatment facility in February 2022 after 20 years of being sober.

“COVID definitely impacted my depression, anxiety, and it got to the point where it’s a miracle that I didn’t pick up and start using again,” Scott says. “It was just by the grace of God, I was able to…just hang on by my fingernails.”

The stigma prevents doctors from getting help

Yet while one in five health care workers reports checking into rehab or a detox facility in the past three months, almost as many—14%—won’t admit they have a problem, according to APN’s report.

And men are at a much higher risk than women. About 18% of men working in health care say they’ve drank or done drugs while at work compared with only 4% of women. Yet when it comes to getting help, 30% of men don’t want to admit they have a problem compared with 10% of women.

Although the stigma around mental health has lessened during the pandemic, APN’s report finds many in the health industry are still concerned. Nearly a quarter (23%) worry their colleagues and family will judge them if they seek treatment, while the same number report they are afraid of getting their license revoked.

“Stigma is the biggest challenge that people have in terms of reaching out for help,” Nordheimer says. “With health care workers, a lot of time it’s the state that is stepping in because it’s gotten to a place where their coworkers have identified it or they’ve been caught.”

They also don’t have enough support

In some cases, it’s the policies and procedures in place at the hospital, clinic, or health care facility that are exacerbating health care workers’ struggles, Scott says. Back-to-back shifts, long hours, not enough pay, benefit plans that don’t include a lot (or any) mental health support—all of this is common.

Some U.S. employers have boosted their benefits in the midst of the pandemic and Great Resignation trend, but Nordheimer says more needs to be done. Most offer employee assistance program (EAP) plans, and there are a lot of telehealth providers popping up, but many times this doesn’t provide enough support.

So even though health care providers preach self-care to patients, the industry doesn’t give workers opportunities to take time out and do what they need to do to avoid that “burnout trap,” Scott says.

“We would be in real trouble,” he says.