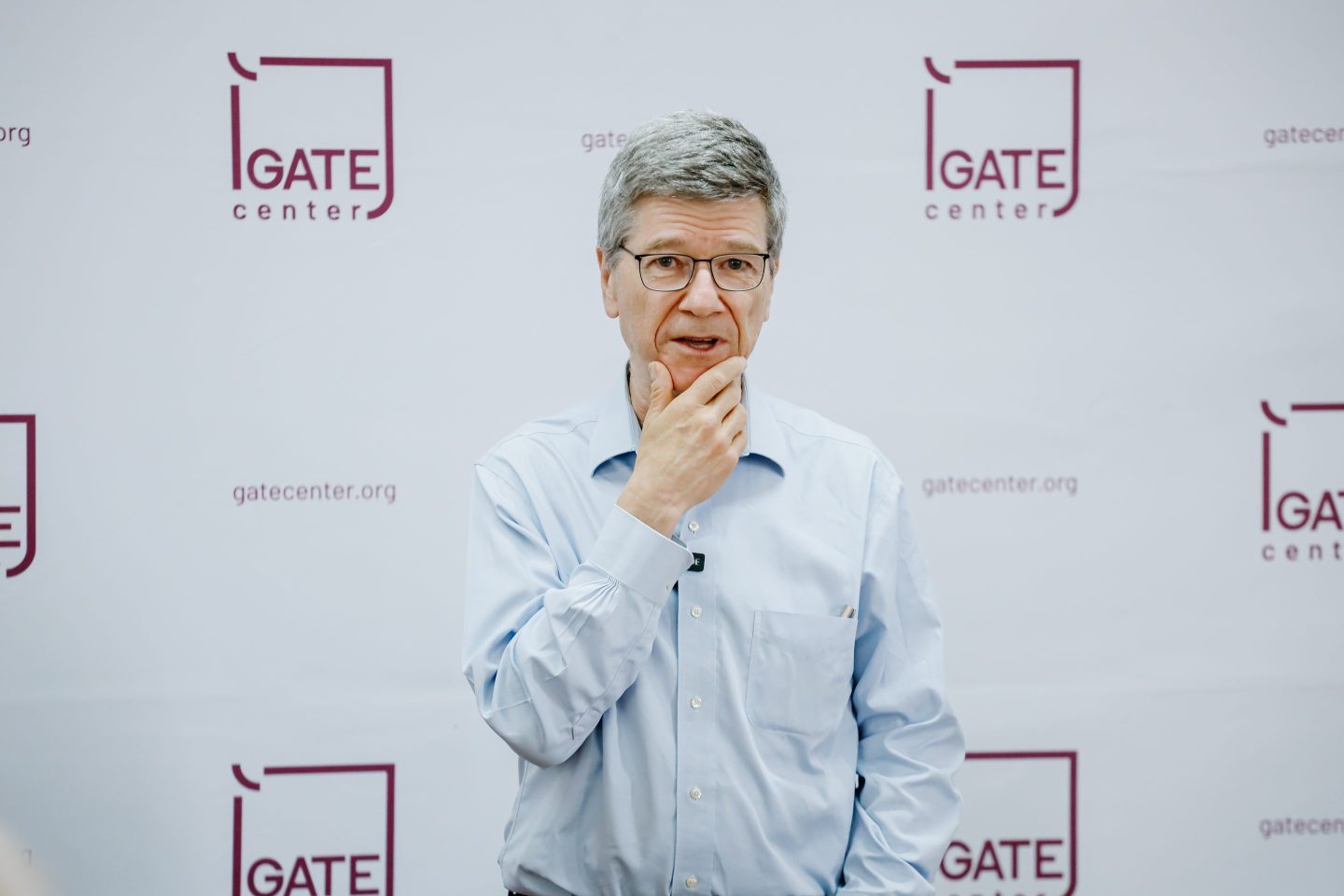 MADRID, SPAIN - JUNE 14: The UN advisor for the Sustainable Development Goals (SDGs), Jeffrey Sachs, participates in a meeting moderated by the former Prime Minister, Jose Luis Rodriguez Zapatero, on 14 June, 2022 in Madrid, Spain. The status of the Sustainable Development Goals (SDGs) in the world after the Covid-19 pandemic and the war in Ukraine, from a socioeconomic perspective, are two of the main topics to be discussed during the meeting.
Carlos Lujan—Europa Press via Getty Images

Just when you think there might be a little bit of relief from sky-high inflation, a top economist says otherwise.

And he says that as long as inflation stays high, the Federal Reserve will keep raising interest rates to try to bring it down.

“Expect the Fed to get aggressive, because inflation is not simply going to disappear,” Jeffrey Sachs, an economist at Columbia University, told CNBC’s Street Signs Asia on Wednesday.

Sachs seemed to be proven right just hours after his interview, when newly released minutes from the Fed’s July meeting indicated that officials will consider raising interest rates again if inflation remains high, which they said would likely be true “for some time,” and hold those rates until the economy starts to finally cool down.

“Participants concurred that the pace of policy rate increases and the extent of future policy tightening would depend on the implications of incoming information for the economic outlook and risks to the outlook,” the Fed’s minutes read.

Even though inflation eased in July, with no change in prices compared to the previous month, it was still up 8.5% year over year. The Fed has raised interest rates several times this year in an attempt to cool inflation, to the chagrin of borrowers and prospective homeowners.

Sachs said he believed that the roots of the current high inflation in the U.S. started even before the pandemic, but the government’s response to COVID is what has led to higher prices today.

“The Fed really pumped up the money supply remarkably, especially in the early months of the pandemic—it wanted to avoid any kind of financial crisis,” he said. “It succeeded in doing that but it definitely pushed out a lot of inflation.”

Many high-profile economists, including Treasury Secretary Janet Yellen, initially thought that inflation would be transitory, but it has proven to be remarkably stubborn. The rise in prices was also exacerbated by Putin’s invasion of Ukraine in February, which drove up fuel prices around the world, and disrupted critical supply chains.

Sachs doesn’t see inflation going away “anytime soon,” but did not elaborate on a timeline, adding that there would need to be “more aggressive action by the central banks and especially the Fed.”

“We keep stoking the supply-side shocks with war, with sanctions, and with geopolitical tensions,” the economist said. “At the same time, the demand-side shock that came from the bulge in liquidity doesn’t go away any time soon.”