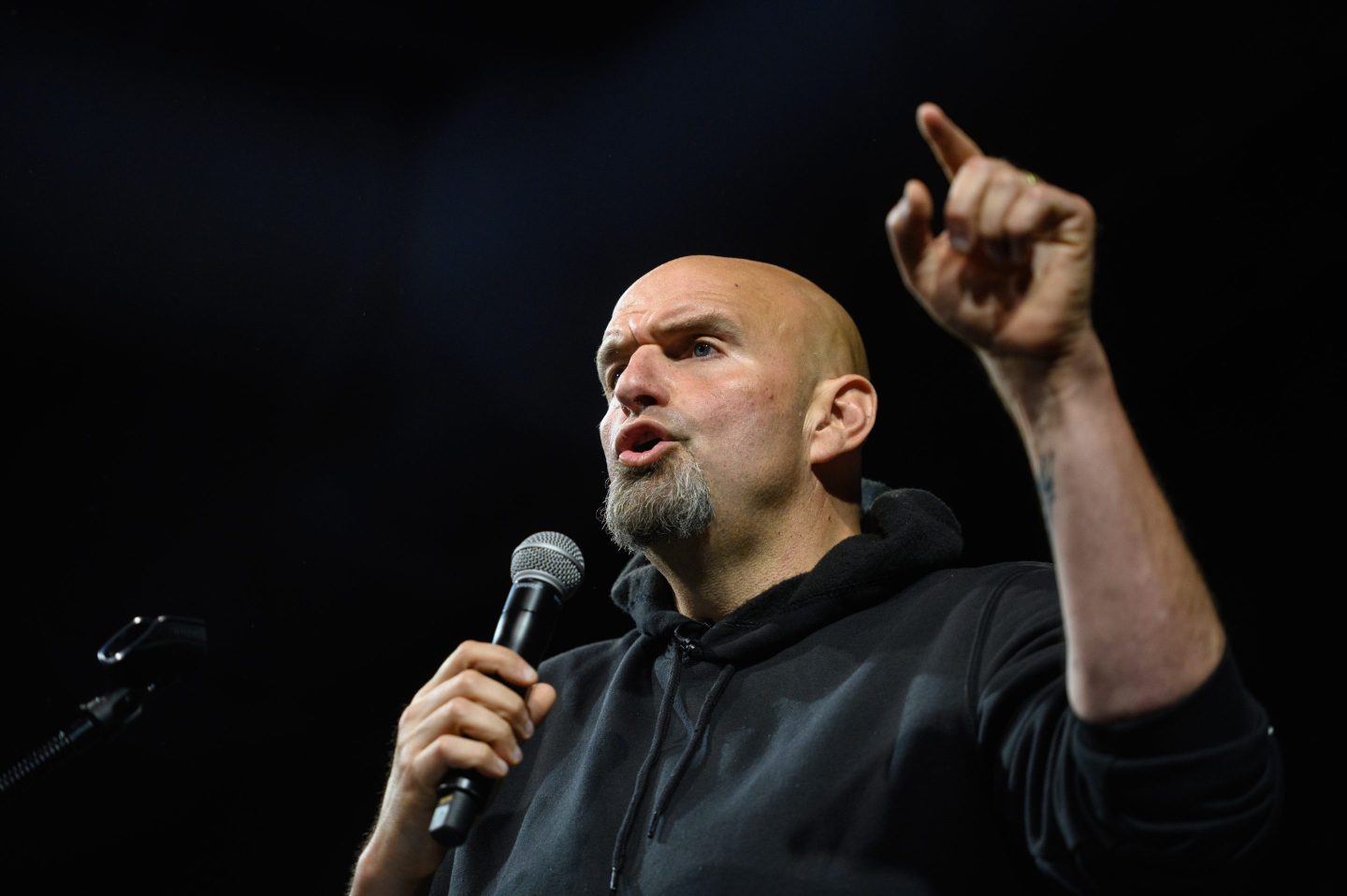 This week, a Democratic candidate for a Pennsylvania U.S. Senate seat raised half a million dollars in just 24 hours. How? By ridiculing his opponent for eating crudité.

In a video that recently went viral, Republican candidate and television personality Dr. Oz, whose full name is Mehmet Oz, walks around a grocery store in Pennsylvania pointing to vegetables and saying how inflation has made putting together crudité too expensive.

“Guys, that’s $20 for crudité, and this doesn’t include the tequila,” says Dr. Oz in the video, originally posted in April. “I mean that’s outrageous! We got Joe Biden to thank for this.”

Also, while visiting the Wegmans store, Oz mispronounced its name, calling it “Wegners”—apparently combining its name with the rival chain Redner’s.

On Monday, Democratic candidate and current Lieutenant Gov. John Fetterman tweeted a response to the video, saying, “In PA we call this a…veggie tray.” Shortly after, he offered a “limited-edition” sticker for anyone who donated to his campaign. The sticker shows the word “Wegners” in a font similar to Wegmans, along with the motto “let them eat crudité.”

“John actually understands what it’s like to go grocery shopping and to see prices go up,” said Brendan McPhillips, Fetterman’s campaign manager, in a press release. Oz’s campaign did not respond to Fortune’s request for comment.

The race between Fetterman and Oz is one of several high-profile campaigns this midterm season. With the Senate currently split evenly between the two parties, Vice President Kamala Harris’s vote tips the balance of power to the Democrats.. The outcome of just a few races could shift the majority the other way.

The viral moment for Fetterman also comes as high prices appear to be peaking across the country. The most recent Consumer Price Index from the Bureau of Labor Statistics showed no net month-to-month price increases in July, with inflation falling to 8.5% year over year after reaching a four-decade peak of 9.1% in June.

Recent polls show that inflation remains a central issue among voters ahead of midterms. In June, a poll from the Associated Press/NORC Center for Public Affairs Research found that 40% of Americans named it as a government priority in the coming year. Earlier this month, it topped a Kaiser Family Foundation poll.

When Oz posted his video, the most recent data showed inflation at 7.9% and on track to continue climbing.