Adam Neumann is the ultimate case study in ‘failing up’ 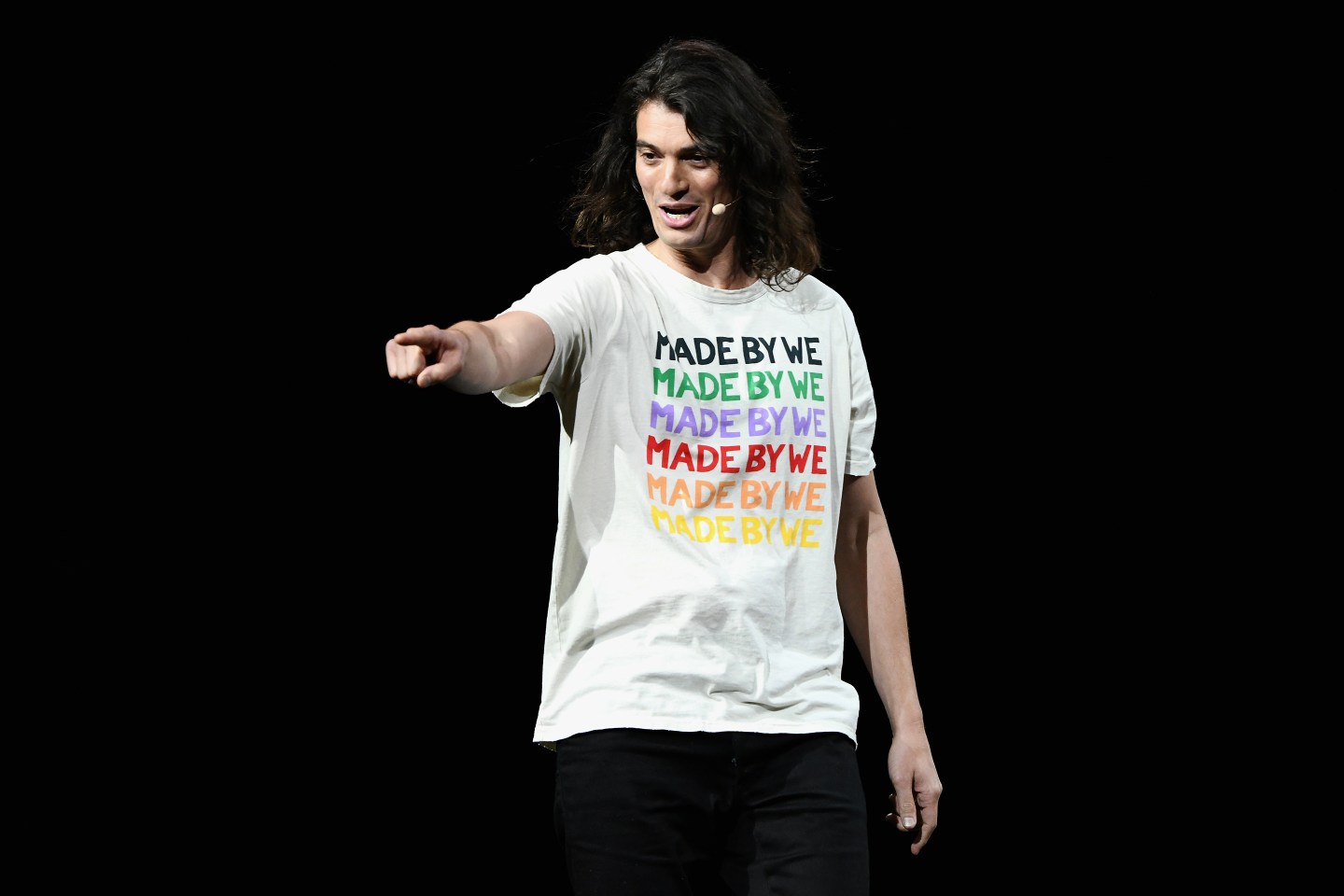 Adam Neumann is riding high on a unicorn, and Masayoshi Son is apologizing for vaporizing billions of dollars.

It’s easy enough to understand the urge to go back in time, after the past few years of pandemic trauma and turmoil. In the world of venture capital, though, there’s a familiar pattern to the way history repeats itself. Often it involves powerful men failing upwards.

Neumann, for those who may have forgotten, is the hard-partying founder of WeWork. When we last heard from him, the $47 billion office-space-sharing empire he built was on the brink of collapsing amid a string of eye-popping revelations involving financial self-dealing (for one thing, he charged his own company $5.9 million to acquire the trademark “We,” though he later repaid that money).

The rise and fall of Neumann’s WeWork was one of the most spectacular flameouts in corporate history. Softbank boss Masayoshi Son, who bankrolled Neumann along with dozens of other startups, took a massive $8.9 billion loss to his Vision Fund portfolio in 2019, much of it due to WeWork. “My investment judgment was poor,” Son said at the time.

So how to interpret the investment judgment of Marc Andreessen, one of Silicon Valley’s most celebrated VC investors, whose firm on Monday cut the largest single check in its history to fund Neumann’s new startup?

Flow, as Neumann’s new startup is called, will own and operate thousands of apartment rental units, marketing the housing to renters as a “branded product with consistent service and community features,” according to the New York Times.

Andreessen loves to play the contrarian, and Andreessen Horowitz (aka a16z) giving $350 million to the poster boy of startup founder folly and excess is aggressively on brand. “We understand how difficult it is to build something like this and we love seeing repeat-founders build on past successes by growing from lessons learned,” Andreessen wrote in a blog post announcing the news on Monday.

Details of Flow’s plans, including what exactly it will do differently than other residential property managers, are scarce. Perhaps Flow will prove to be a huge hit. WeWork, for all its mismanagement and overly aggressive expansion during Neumann’s reign, is still a company with a useful product that serves a real need for small businesses.

And perhaps Neumann has changed, retaining his impressive knack for spotting business trends while having shed the questionable behavior and practices that he exhibited at WeWork.

Would other tarnished founders or executives get such a well-capitalized second chance? In the weeks since Sheryl Sandberg announced her resignation from Meta in June, it’s not unusual to hear her people write off her future—”the cachet she had is gone,” an anonymous political source told Insider. Marissa Mayer, who presided over a failed turnaround effort at Yahoo, is currently leading a startup that appears to be funded largely from her own, not insignificant, wealth, with a scant $20 million in VC funding.

Meanwhile, Travis Kalanick, Uber’s controversial previous CEO, who was ousted in 2017, has essentially declared he won’t change. The corporate values of his ghost kitchen startup are virtually identical to those that caused problems at Uber (“always be hustlin”). One change: Kalanick structured his new startup in a way that would prevent him from being ousted by investors again.

We all love a good comeback story, and that’s especially true in the world of venture capital, where investors make funding decisions based on the founder’s personality as much as on the product idea.

In making such a big bet on Neumann again, Andreessen may turn out to be prescient, or simply naive — but let’s not call it contrarian.

- Mudflap, a Palo Alto-based fuel discount app for truck drivers, raised $50 million in Series B funding. QED and 9Yards Capital led the round and were joined by investors including Commerce Ventures and others.

- Materna Medical, a Mountain View, Calif.-based OBGYN platform, raised $20 million in Series B funding. InnovaHealth Partners led the round and was joined by investors including Wavemaker 360 Health and Kimera.

- CareHarmony, a Brentwood, Tenn.-based care coordination solutions provider, raised $15 million in a Series A funding. Maverick Ventures led the round and was joined by Nashville Capital Network.

- Atarraya, an Indianapolis and Mexico City-based shrimp farming technology company, raised $3.9 million in Series A funding. Jeffrey Horing led the round and was joined by other angels.

- ​​Nexstar Media Group agreed to acquire a majority stake in The CW Network, a Burbank, Calif.-based television network. Financial terms were not disclosed.