‘I was paid so much less’: Jurassic World’s Bryce Dallas Howard says she earned a fraction of what costar Chris Pratt did 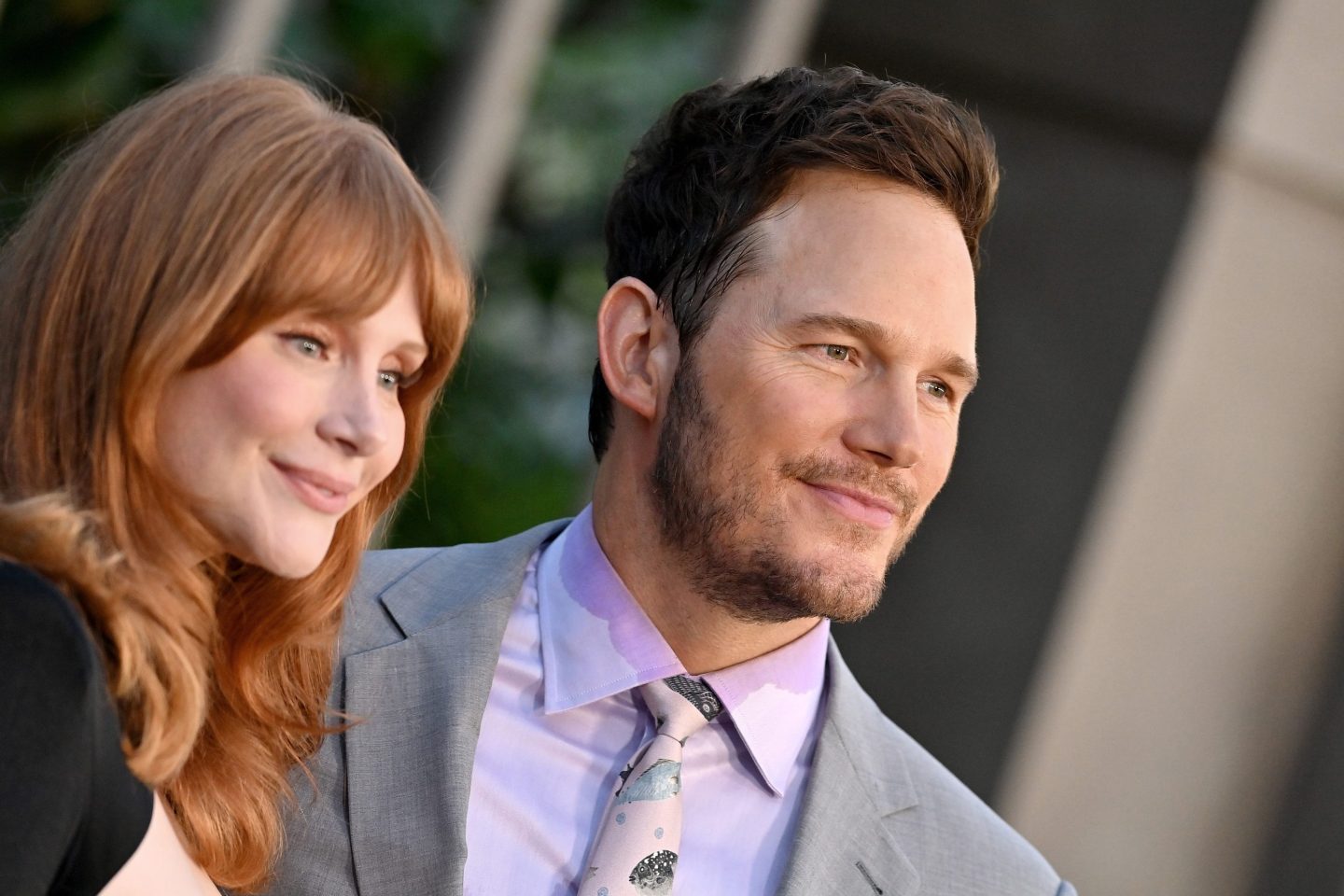 In Hollywood, the squad of blond Chrises are revered for their good looks and star roles in franchise films. And, not unlike the corporate world, they’re white men who often get better pay.

At least that’s the case for Chris Pratt. Actress Bryce Dallas Howard, who costarred in Jurassic World: Fallen Kingdom with Pratt, told Insider in an exclusive this week that her salary for the sequel in the Jurassic World trilogy was much lower than originally reported.

Variety reported in 2018 that Howard was paid $8 million for the second installment of the Jurassic Park reboot, $2 million less than Pratt’s compensation of $10 million.

“The reports were so interesting because I was paid so much less than the reports even said, so much less,” Howard said to Insider. She pointed out that the contracts were made during a different time, years before the #MeToo movement hit Hollywood and exposed the rampant sexual abuse and pay disparities in the entertainment world.

“When I started negotiating for Jurassic, it was 2014, and it was a different world, and I was at a great disadvantage,” she adds. “And, unfortunately, you have to sign up for three movies, and so your deals are set.”

It pays to be transparent about pay

While times have changed since 2014, closing the gender pay gap is still far off. The World Economic Forum notes in its Global Gender Gap Report that the pandemic pushed back equal pay by at least 30 years, predicting it wouldn’t be achieved until 132 years from now.

So far, the global pay gap has closed by 68%. While gender parity has a century and change to go, talking about pay with coworkers and strangers on TikTok has helped pave the way for greater salary equity, especially among younger generations. But pay transparency is a slow trend to hit offices, as data from LinkedIn shows only 16% of surveyed employees will share their salaries with trusted coworkers.

Those who do share are providing a good negotiation tool for those who feel less empowered in the workplace. “Go find the tallest, whitest dude,” equal pay expert Katie Donovan suggests in a Bankrate.com report. “To be paid equitably, you want to earn what white men are earning.”

Howard did find her tallest, whitest male coworker (exempting costar Jeff Goldblum, who stands two inches taller than Pratt). Howard told Insider that she discussed her salary with Pratt, who advocated for equal pay in opportunities that weren’t already in contract, including franchise ventures like park rides and video games.

She says of Pratt’s negotiation, “And I love him so much for doing that. I really do, because I’ve been paid more for those kinds of things than I ever was for the movie.”