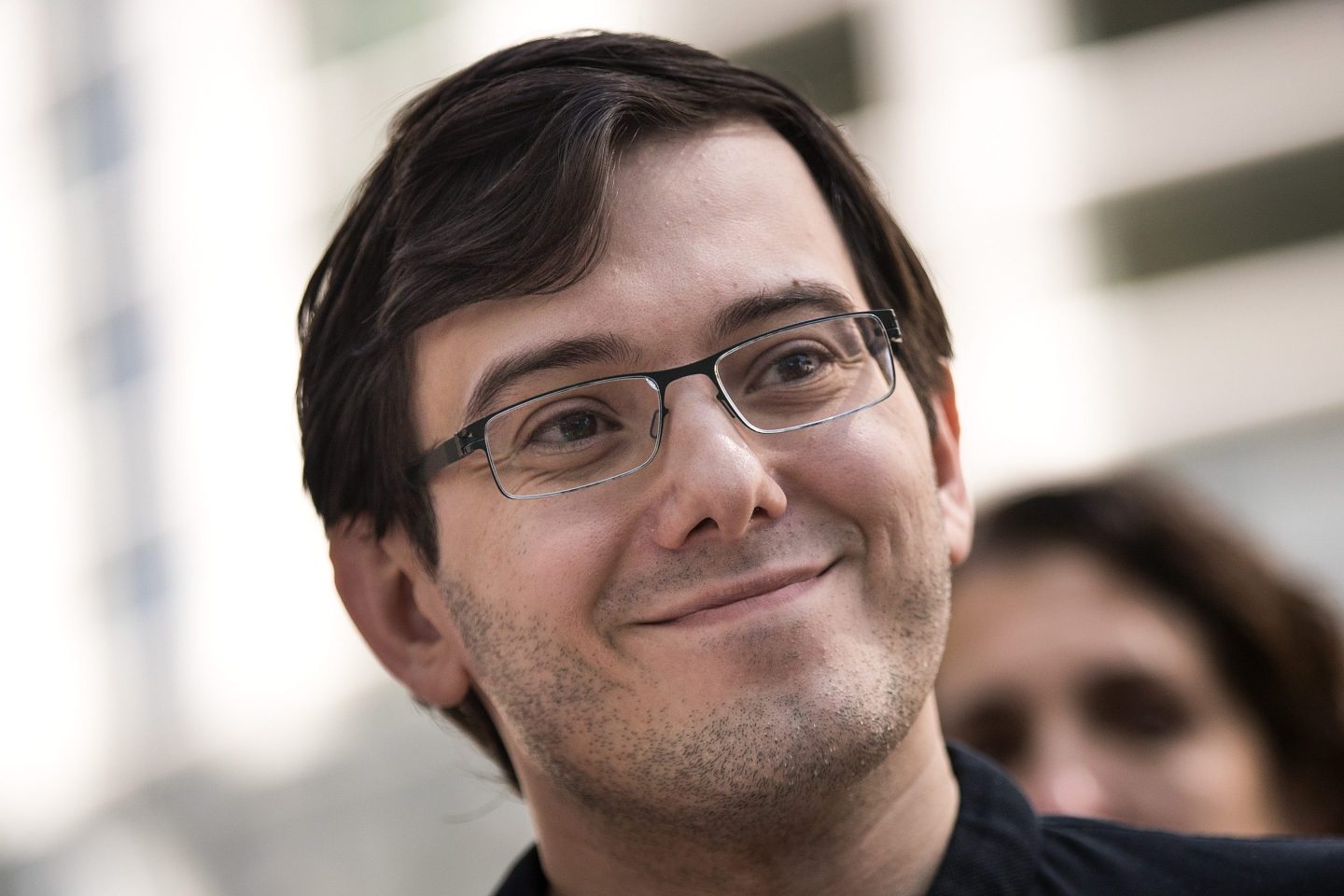 Investors in “Pharma Bro” Martin Shkreli’s new cryptocurrency are wondering if they’re the latest victims of a rug pull after it plunged 90% on Friday.
Drew Angerer—Getty Images

The cryptocurrency of “Pharma Bro” Martin Shkreli plunged 90% on Friday after a wallet that appeared to belong to Shkreli sold more than 160 billion tokens.

The coin, called Martin Shkreli Inu, has recovered somewhat, but it is still 55% below its price on Friday morning. Shkreli, via a Discord account that is believed to be run by him, told Bloomberg “I got hacked” when asked about the massive transfer.

The Martin Shkreli Inu coin is tied to Shkreli’s Web3 project Druglike, which he described as a software platform for people interested in “early stage drug discovery projects.” Shkreli is best known for hiking the price of a lifesaving drug by 4,000%. He was sentenced to prison for a separate matter, after he was convicted of securities fraud. In January, a federal judge slapped Shkreli with a lifetime ban from the pharmaceutical industry. It’s unclear whether his new project violates this ban, though Druglike states that it’s “not a pharmaceutical company” nor engaged in drug development.

Since its debut, Martin Shkreli Inu has been an especially volatile crypto. Even with the drop, it has gained 198% since its debut. And Friday’s plunge wasn’t the first. On July 27 and 28, the crypto’s value nosedived 65%, before recovering ground.

While Shkreli claimed a hack, other big names in the crypto world lambasted him as news of the price drop spread. Billy Markus, one of the founders of Dogecoin, via Twitter, compared the drop to the infamous Squid Game rug pull of last year.

“this is the most shocking thing since squid game token,” he wrote.

In 2015, Shkreli was CEO of Turing Pharmaceuticals and raised the price of Daraprim—a drug that treats a specific parasite infection that’s particularly threatening for people with compromised immune systems, like those with HIV/AIDS—to $750 from $13.50 per tablet. Three years later, a federal court sentenced him to seven years in jail after finding him guilty of three counts of securities fraud. Shkreli was accused of defrauding investors out of millions of dollars that they gave to his two hedge funds, then swindled cash and stocks from another biotech company that he founded to repay those investors.