Why Martin Shkreli Won’t Be the Last Pharma Bro 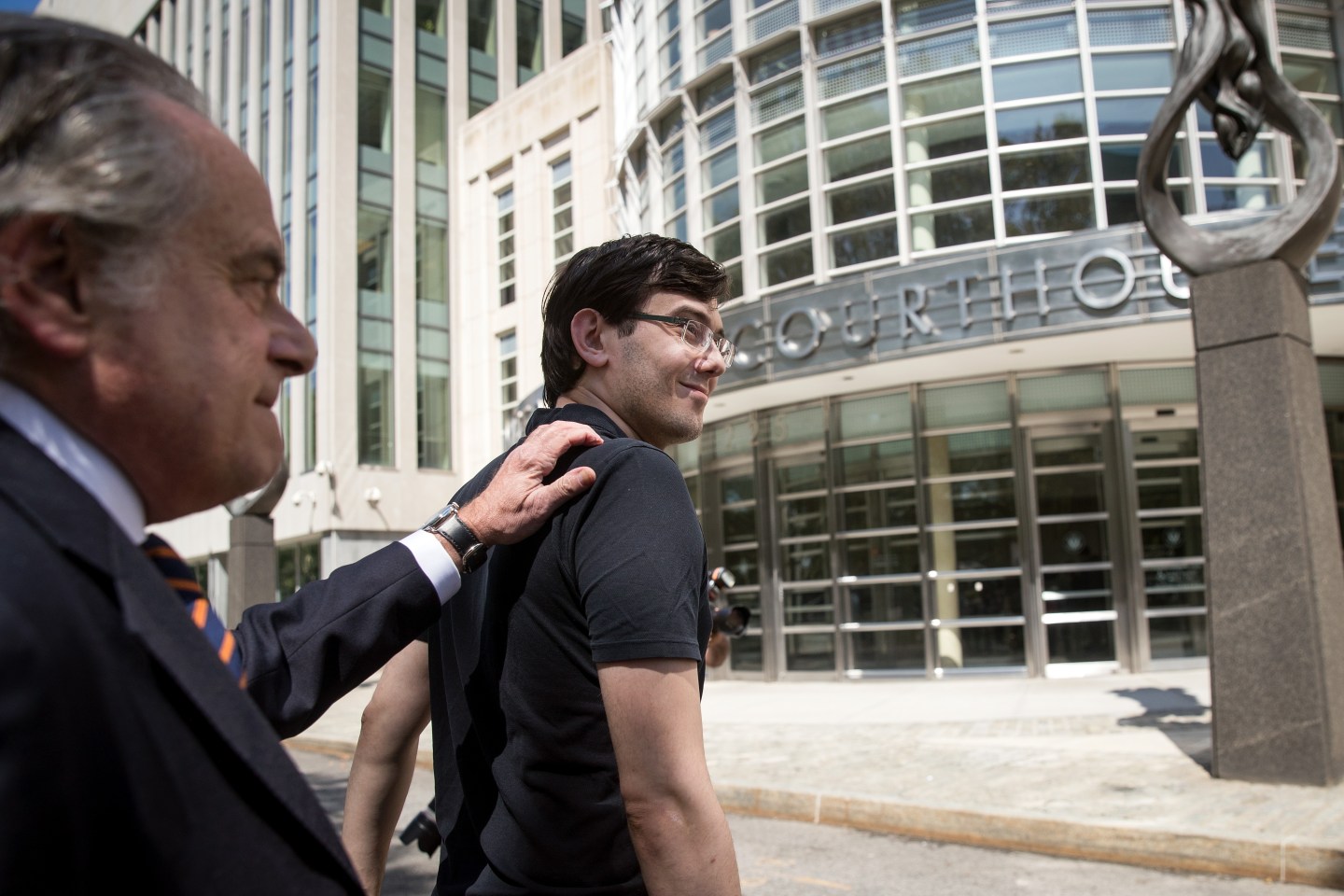 Martin Shkreli—famously known as the guy that jacked up the price of a lifesaving AIDS treatment by 5,000%—finally saw his day in court, albeit for a completely unrelated case involving an unrelated company from his time as a hedge fund manager. The trial, just concluded last week, found Shkreli guilty of three counts of fraud for essentially lying to his investors about how he would invest their money and when they would be paid back.

The conviction, carrying a potential 20 years in prison, is no joke. Yet the notorious self-promoter took the opportunity to extend his 15 minutes of fame by creating a media spectacle of the trial. From making silly faces in court, to trolling female journalists online, to referring to the prosecution as “junior varsity,” the Pharma Bro let the world know he wasn’t fazed.

And why should he be? How Shkreli got rich in the first place remains not just legal but celebrated.

Shkreli is a pharmaceutical company executive, and by industry standards he appears to be a very good one. He became famous for purchasing the exclusive rights to sell the life-saving drug Daraprim and raising the price from $13.50 to $750 per pill. This sparked outrage and condemnation, but also significant profit.

The real crime of the Pharma Bro is the unrepentant greed that drives him, as well as the industry he’s thrived in. Sen. Bernie Sanders has attempted to put a stop to this greed with recently introduced legislation to cap prices for pharmaceuticals developed by government-funded research. Far from a new idea, Sanders has been pushing for a bill like this for decades.

It’s easy to lose track of the big picture when talking about Shkreli. He is, after all, the kind of guy that would auction off the opportunity to punch him in the face and also the kind of guy for which that would be a pretty big draw.

Yet what he represents is far more sinister than just your garden variety jerk—although he’s certainly that. While raising the price of a life-saving drug by 5,000% rightfully drew the scorn of millions of people, price gouging is all too common for the industry. Take the EpiPen, the lifesaving device for kids and adults with severe allergies, whose price was famously hiked up over 500% in the years after it was acquired by Mylan.

Pharmaceutical executives defend their exorbitant prices by pointing to the supposedly exorbitant cost of research and development. Yet Big Pharma spends more on marketing than R&D, a fact that probably doesn’t surprise anyone who’s been near a television. In 2013, Johnson & Johnson alone spent more than double on ads than they did on research.

These companies also spend exorbitant sums on making their executives and shareholders fabulously wealthy. Pfizer alone spent over $120 billion on share buybacks and dividend payouts to investors from 2003 to 2012, all while reaping enormous benefits from taxpayer-funded investments in drug development.

Laws that protect investors in these companies are what landed Shkreli in court. Yet until there are laws to protect patients from drug company extortion, like the one proposed by Sanders, the line of Pharma Bros ready to take his place is already queued up.