Polio was eradicated in the U.S. decades ago. How has it returned? 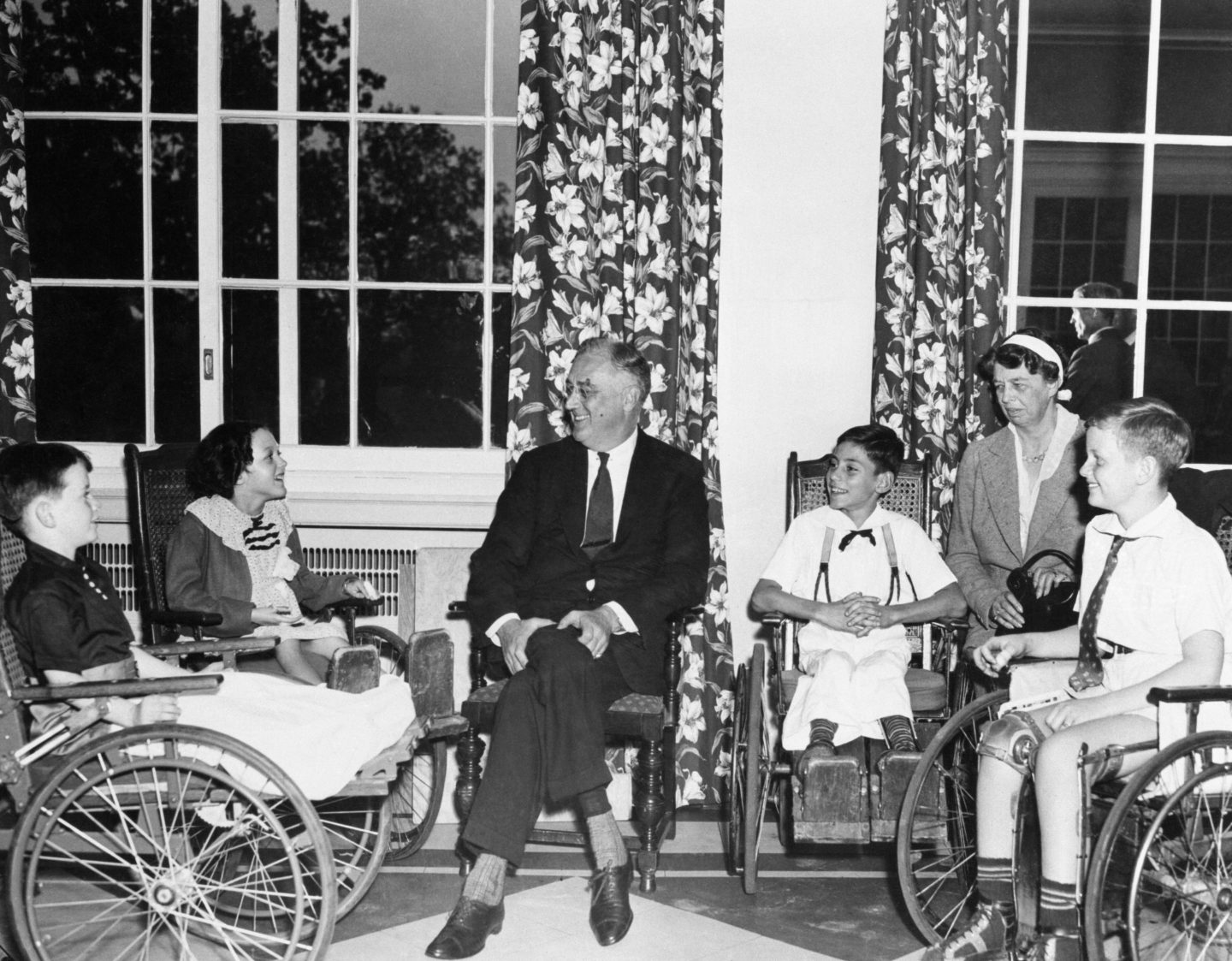 President and Mrs. Franklin Roosevelt enjoying after-luncheon conversation with young polio patients patients of the Warm Springs Foundation in Georgia sometime between 1933 and 1945, during which time he was president. He was diagnosed with polio in 1921 at age 39.
Getty Images

For many, polio conjures up black-and-white mental images of a bygone era and a pathogen relegated to the history books—like former president U.S. President Franklin D. Roosevelt, who was largely confined to a wheelchair by the virus.

Until recently, there had been no cases of the sometimes disabling, occasionally deadly virus reported in the U.S. since 1979. And the Pan American Health Organization declared it eradicated from the Americas in 1994. But other countries like India and Sudan continued to struggle, and polio wasn’t declared eradicated from Europe until 2002.

Of the three types of wild poliovirus, types 2 and 3 were declared eradicated in 1999 and 2012, respectively, by the World Health Organization. But type 1 continued to persist in Pakistan and Afghanistan as of 2020.

Polio has recently been detected in wastewater in New York, London, and Jerusalem, and a 20-year-old New York man was reportedly paralyzed by the virus in July. Experts warn that such a case is likely only the tip of the iceberg, and that spread is undoubtedly occurring among others who are unvaccinated, most of whom are likely asymptomatic.

But not all of those who are unvaccinated will be so fortunate.

How does an eradicated virus reappear? How does polio spread? How effective is the vaccine? Fortune talked to Dr. Howard Forman, a professor of radiology, biomedical imaging, and public health, at Yale School of Medicine for answers.

What are the symptoms of polio?

“When we see a paralytic polio case” like the New York man “or even worse, a death, it’s like—the tip of the iceberg isn’t even a good analogy. It’s a tiny tip,” he said. “For every paralytic polio case, there are another 100 to 400 cases we just don’t know about.”

How does an eradicated virus become resurrected?

Eradicated polioviruses are not returning. Instead, those vaccinated outside our country with live attenuated vaccines rarely—but sometimes—mutate inactivated virus into an activated one. That virus can be excreted through the GI tract. In this way, the vaccinated can unknowingly vaccinate others—or set off the spread of an activated virus, according to Forman. (The U.S. stopped using live attenuated vaccines in 2000.)

How does poliovirus spread?

Transmission of polio is fecal-oral, meaning that someone becomes infected by touching fecal matter (even if particles are so small that they’re not visible) or an object contaminated with it, then touching their mouth. The virus can transmit via food or water handled in unsanitary conditions. More rarely, droplets from a sneeze or cough of someone who has polio can infect someone else, according to the U.S. Centers for Disease Control and Prevention.

“People are not nearly as clean as they could be,” Forman said.

How effective is the vaccine?

Quite. U.S. health officials currently recommend three doses of inactivated vaccine via a shot at 2, 4, and 6 months of age, with a booster between 4 and 6 years of age. A third dose elevates protection from 90% at two doses to 99%-100%, according to Harvard Health.

“Unlike COVID, this is one of those illnesses where almost all of the harm will occur to unvaccinated people,” Forman said.