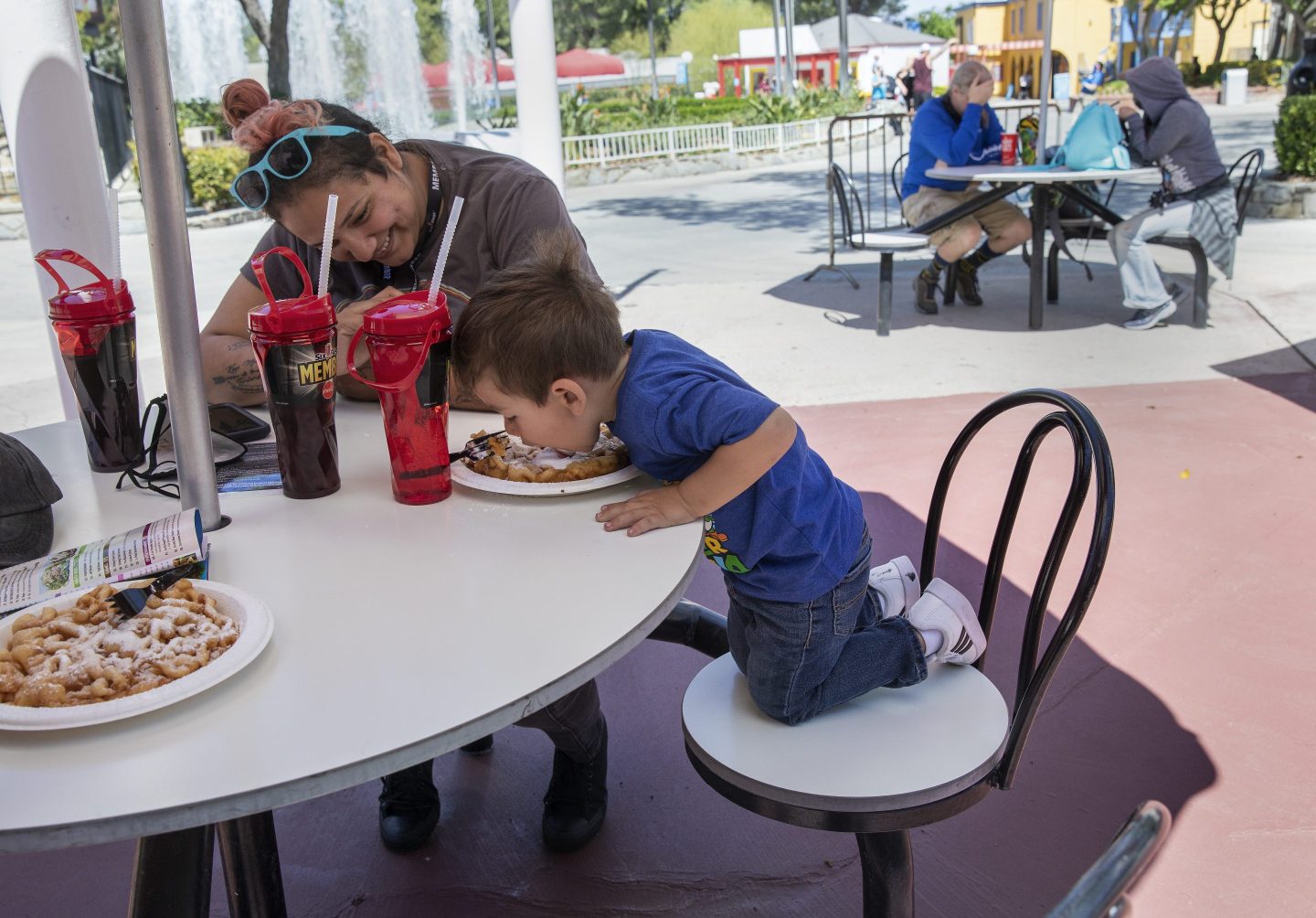 Six Flags is bringing back its dining plan after attendance tumbled this summer.
Mel Melcon—Los Angeles Times via Getty Images

Three months ago, Six Flags announced it was doing away with its dining plan, after a series of videos appeared on TikTok showing people how to obtain thousands of dollars worth of food for just a couple hundred dollars spent.

Now, after a summer with notably lower attendance, the park is bringing the plan back, but this time, it’s aiming to make it hack-proof.

The company, in its second-quarter earnings call, said it would resurrect the dining plan (and add other new product offerings) after park attendance through July was 35% below where it was at that time in 2019 and 22% below last year. CEO Selim Bassoul said the company believes it lost between 1 and 2 million guests because of the cancellation of the meal plan. (Park visitors, however, did spend more on average.)

Six Flags jettisoned the dining plan in May, after TikTok personalities took to the social media site, bragging about eating every meal at Six Flags parks, saving them hundreds of dollars. As with most things that go viral on TikTok, others tried to do the same. And, ultimately, says Bassoul, it not only cost the company money, but resulted in clogged lines at food service locations, which upset other guests.

Park officials, at the time, said the dining plan was “highly unprofitable.”

The revamped plan should take care of both issues, they said. While officials did not give a new price, it’s likely to cost more than the old one. And Six Flags will limit how much food users can get with the pass.

“We need to…make sure that people are not abusing the system,” Bassoul said on an earnings call. “And we’re putting together this technology…[where] you cannot come in and…take a bite of a burger and say, okay, I’m going to go get a hot dog and take a bite of hot dog, then I throw the hot dog away. So, we have no technology to be able to limit the waste. And now we’re putting all this in place.”

While the new plan could limit food waste, it’s still unclear if it will prevent people from exploiting it as a cheap way to feed themselves.

Formerly, pass holders were eligible for two meals a day, one snack, and unlimited drinks. At the old price of $200 a year, it worked out to less than 50 cents per meal for frequent visitors.