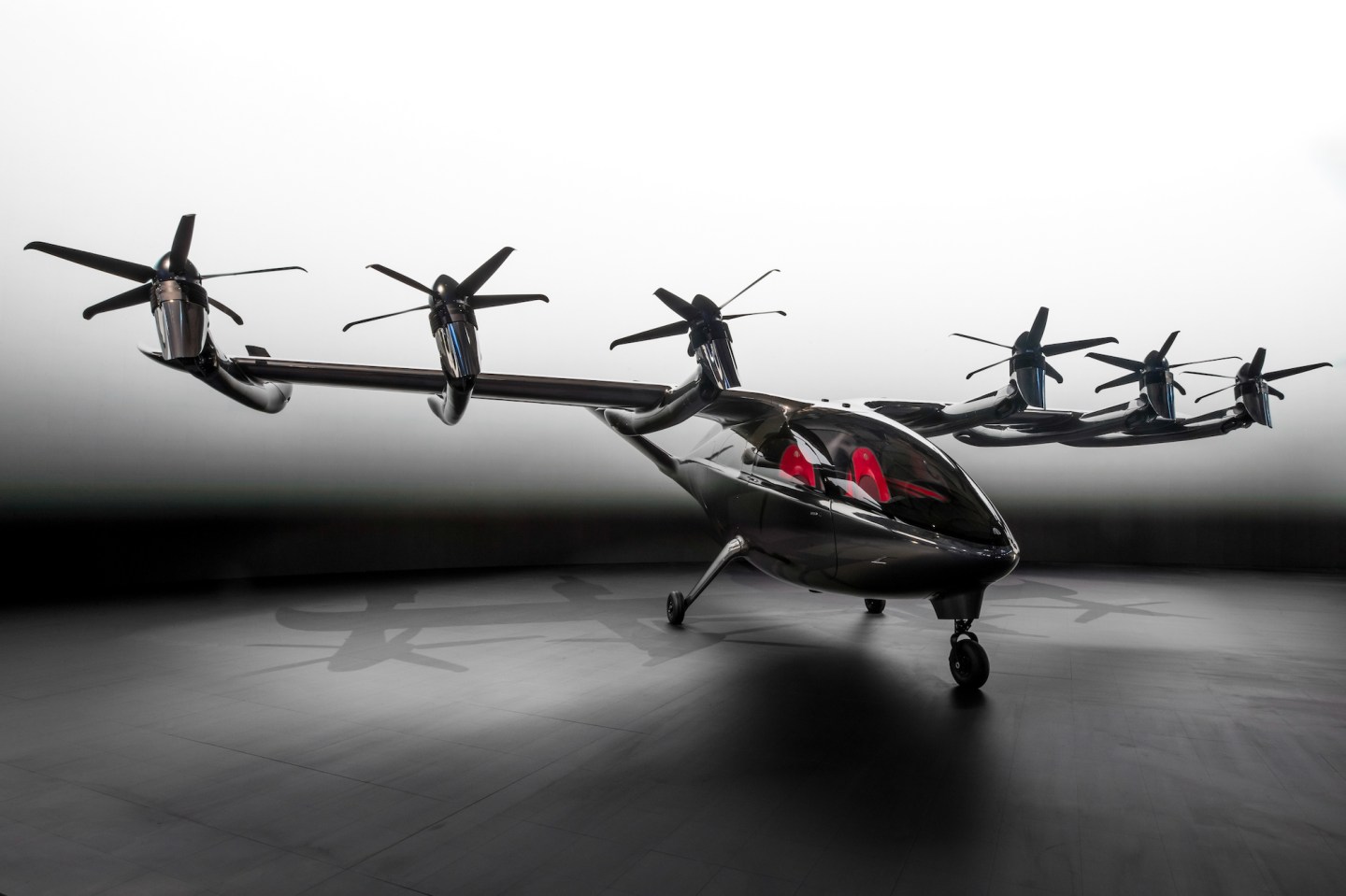 The days of a Jetsons-like society zipping around in flying cars are still a long, long way away, but United Airlines is making a $10 million bet on flying cars. The carrier has put down a deposit for 200 four-passenger flying taxis from Archer Aviation, a San Francisco–based startup working on the aircraft/auto hybrid.

To be clear, the Federal Aviation Administration has not yet approved those vehicles to begin ferrying passengers, but the down payment is a sign of support from United that the technology is valid. American Airlines, last year, announced it would invest $25 million in a separate electric aircraft company, but that money has reportedly not yet been delivered, reports the Wall Street Journal.

The vision for these aircraft is that they will transport customers around cities to hub airports, letting people bypass crowded highways and make more efficient use of their time. Because they’re electric craft, they would also reduce carbon emissions. The FAA is still determining how to integrate them with existing flight patterns (most flights are expected to take place between 2,000 and 3,000 feet above ground level) and requirements for pilots. Archer expects certification to occur by the end of 2024.

“This announcement marks a new important phase in our relationship with Archer,” said Michael Leskinen, president of United Airlines Ventures in a statement. “We are witnessing an inflection point where consumers, businesses, and policymakers are all aligned to prioritize technology that reduces the impact of climate change.”

Archer’s eVTOL (electric vertical takeoff and landing) aircraft have the ability to take off and land much like helicopters, meaning no runway is required. They’re designed to be quieter than cars or even air-conditioning units and have a range of 60 miles, traveling at speeds of up to 150 mph. Passengers will book rides via smartphone, the company says.

United says it plans to initially use the flying taxis in one or two of the more congested cities where it operates, but hasn’t decided which yet.