Russia is struggling to find volunteers to fight in Ukraine, U.K. claims⁠ amid reports of murderers being offered pardons if they’ll join the fight 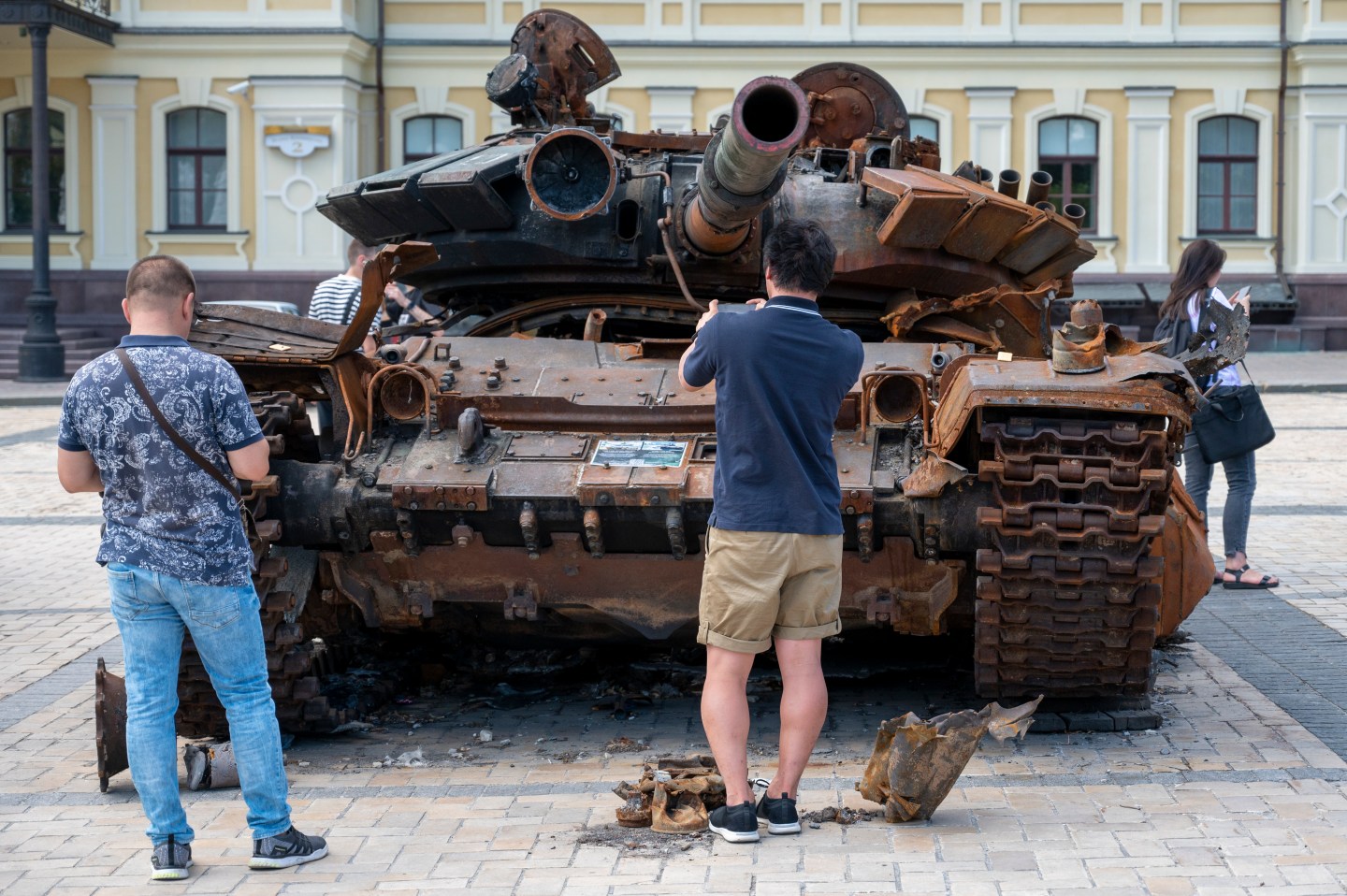 The Ministry of Defence said a “large proportion” of the new 3rd Army Corps (3 AC) would comprise volunteers from across Russia, who are being offered “lucrative cash bonuses” for deploying to Ukraine, but Moscow is unlikely to be able to bring the formation to its typical full strength of 15,000–20,000 troops, “given very limited levels of popular enthusiasm for volunteering for combat in Ukraine.”

Russian President Vladimir Putin has so far refrained from ordering a full mobilization, though Ukraine claims a covert mobilization is nonetheless underway, drawing on reservists.

Russia’s parliament scrapped the upper age limit for contractual service in the army back in May. That limit had been 40, and the Ministry of Defence said Wednesday that the 3 AC recruitment drive is targeting men as old as 50, with low educational requirements.

The British update came shortly after CNN reported that Russia has been recruiting prisoners to fight in its war of aggression.

One prisoner quoted in the report said private military contractors were offering amnesty and pardons to “murderers, but not rapists, pedophiles, extremists, or terrorists,” if they would join the invasion, without requiring military experience.

Prisoner advocate Vladmir Osechkin told the publication that the recruitment of prisoners was stepped up last month. Activists and prisoners said the Wagner Group, a notorious paramilitary organization run by “Putin’s chef” Yevgeny Prigozhin, was doing the recruiting.

Although it is always difficult to get accurate death tolls in the fog of war, the U.S. estimated last month that over 75,000 Russian soldiers have been removed from the battlefield through death or injury, which would be as much as half the original number Russia deployed to Ukraine.

In a Monday briefing, U.S. Undersecretary of Defense for Policy Colin Kahl put the number of Russian casualties at 70,000 to 80,000, which he described as “pretty remarkable considering that the Russians have achieved none of Vladimir Putin’s objectives at the beginning of the war.”

Many of these vehicle losses took place early in the invasion, during the Kremlin’s ill-fated attempt to take Kyiv, and before it focused its efforts on the eastern Donbas region. As far back as May, it was apparent that Russia was having to send old, retired T-62 tanks to the front.

Russia has been involved in the Syrian civil war for nearly seven years, helping to prop up Bashar al-Assad’s regime, and its shipments of military vehicles have generally gone in the other direction. This shipment suggests Russia needs its vehicles closer to home.

Moscow’s problems are compounded by the fact that it is simultaneously trying to hold onto the territory it has captured in eastern Ukraine and to bolster its forces in the south, where a Ukrainian counteroffensive is widely anticipated.

Even Crimea⁠—the Ukrainian Black Sea peninsula that Russia illegally annexed in 2014—is no longer looking like a sure thing for Moscow.

There was a massive blast Tuesday at a Russian air base around halfway down Crimea’s western coastline. Russia claimed the explosion was an accidental detonation of ammunition, and Ukraine has not formally claimed responsibility, but on Wednesday the Washington Post quoted an unnamed Ukrainian government official as saying Ukrainian special forces were behind the incident—which, if true, would highlight the guerilla-style tactics that Russian forces face even in occupied territory.