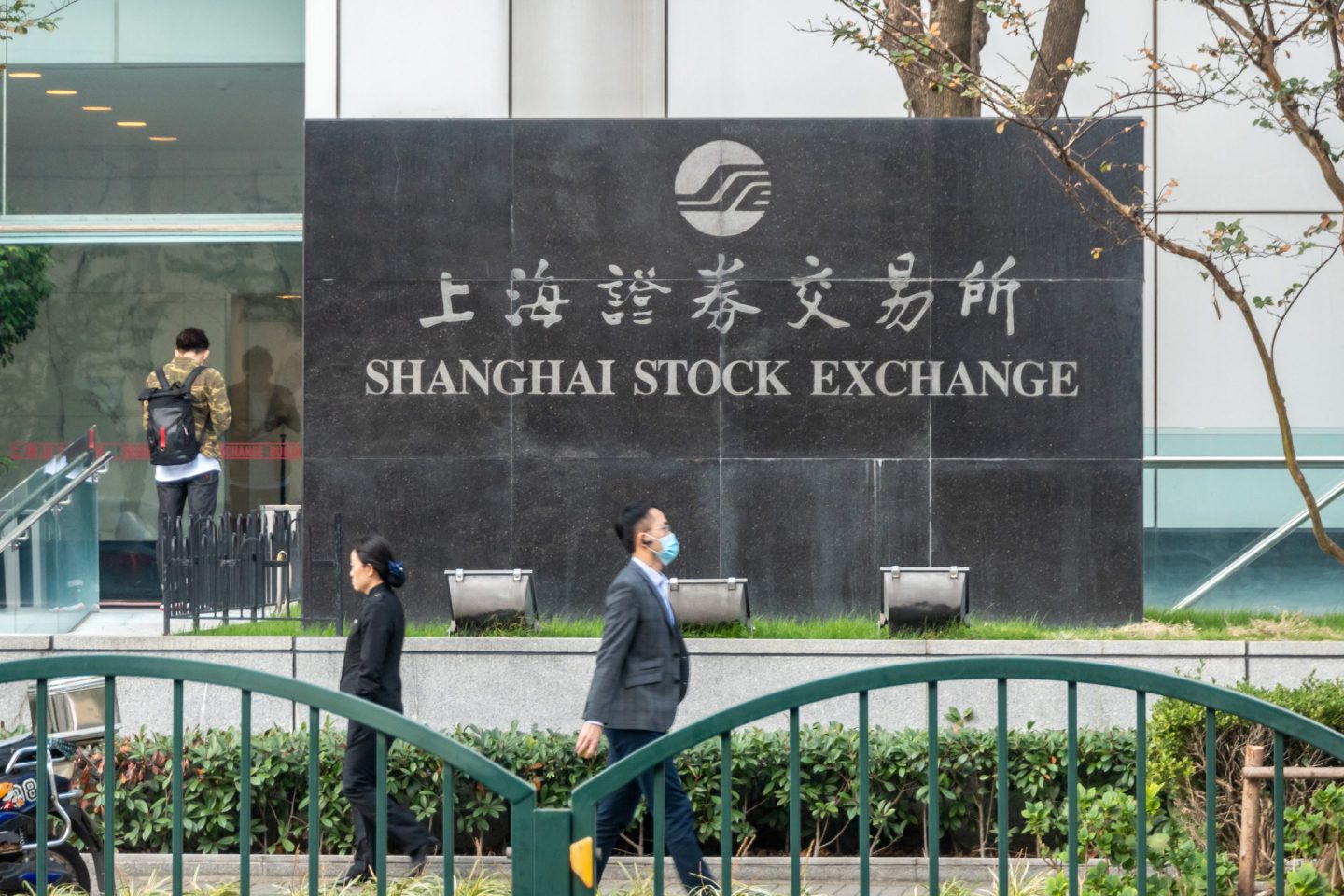 Since the U.S.-China trade war began, China has tried to reduce its dependence on U.S. financial markets and provide a path for Chinese firms to fundraise at home.

In doing so, China’s initial public offering (IPO) market surged. This year, it far outpaced traditional IPO hubs in the U.S., Hong Kong, and Europe in terms of proceeds raised.

As of August, IPOs on Chinese stock exchanges raised nearly $58 billion—a record high for such a period, according to Bloomberg data. From January to August this year, IPOs in China raised nearly three times as much as listings in the U.S. raised, according to market tracking platform Dealogic.

In the first six months of 2022, the Shanghai and Shenzhen stock exchanges accounted for almost half of the world’s IPO proceeds, according to KPMG.

Yet China’s sizzling IPO market doesn’t necessarily translate into good news for the country’s economy. The positive investor sentiment that helped the recent mainland IPO boom could soon start to dwindle, as China continues to adhere to its rigid “zero-COVID” policy—despite the economic consequences—and grapples with a major economic slowdown and deepening real estate crisis.

The U.S. and China are currently embroiled in a decades-long audit dispute that has intensified in recent months. Beijing hasn’t yet given the green light for U.S.-listed Chinese firms to allow American access to their books and auditors. As a result, over 260 companies worth $1.3 trillion are at risk of being booted from American stock exchanges by 2024 if they don’t comply with U.S. listing rules.

China’s public listings in 2022 have been successful in that they’ve “raised money on domestic markets without completely tanking prices,” Thomas Gatley, senior analyst at Gavekal, a China-focused research firm, told Fortune. Shares of Chinese IPOs are up on average 43% versus their listing price, while Hong Kong–listed stocks have plummeted 13% since listing, according to Bloomberg data.

But “there are limits to this strategy,” he says.

Beijing’s policies this year, which included injecting tens of billions to boost businesses and consumer spending to help its COVID-battered economy, lifted investor sentiment. The markets “rode some of that buoyancy to rally,” he says, but a growing real estate crisis in China spells trouble because it threatens to upend the economy as Chinese homeowners refuse to pay mortgages and distressed property developers fail to repay bank loans.

The property crisis comes alongside several key problems ahead of the Chinese Communist Party’s all-important annual meeting in October. At the gathering, Xi Jinping is expected to cement his third term as the nation’s president.

COVID continues to spread, but the state has reiterated its zero tolerance for cases—despite any economic consequences. China’s youth unemployment rate has surged to record highs of nearly 20%. And the International Monetary Fund recently downgraded China’s 2022 and 2023 GDP estimates by 1.1% to 3.3% and 4.6%, respectively, owing to the country’s lockdowns and escalating property chaos.

“It’s hard to recall a time when economic growth is so poor, and unemployment growth so weak” ahead of Beijing’s October meeting, investment bank Jefferies wrote in a Monday note.