These are the U.S. airports with the most flight cancellations this summer 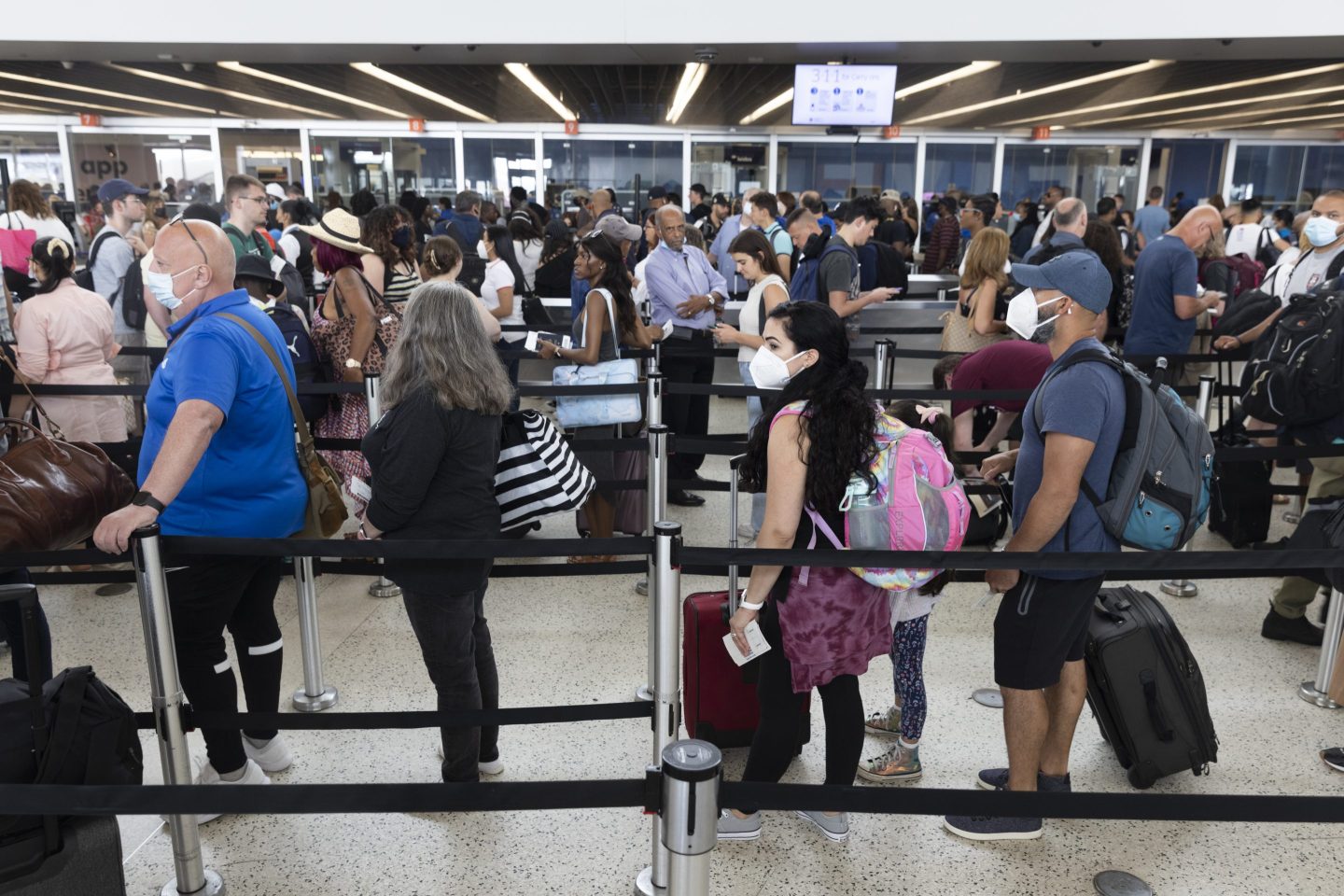 JFK airport in New York City is among the 10 U.S. airports with the most flight cancellations.
Angus Mordant—Bloomberg/Getty Images

That’s according to new data from AirHelp, which helps travelers process claims related to flight disruptions around the world. The company looks at the most cancellation-ridden airports in the U.S.

To inform its rankings, AirHelp analyzed a total of 37,000 cancellations across 400 U.S. airports from May 27 to July 15—a window the company says reflects peak summer travel mayhem. While the average American airport saw 2.6% of its flights canceled during that time, the most affected hubs—New York’s newly renovated LaGuardia and Newark Liberty International in New Jersey—had almost three times as many disruptions, with 7.7% and 7.6%, respectively.

“Cancellations can happen for a variety of reasons, but in general we often see a higher concentration of cancellations and flight disruptions at airports that are higher in traffic, which is true for airports in the New York area,” says an AirHelp spokesperson.

“If you’re looking at the airports that are facing the most cancellations, and you’ve got another airport that’s a sort of reasonable alternative for you, maybe you want to consider where you book your flights,” says Alice Mariscotti-Wyatt, head of brand, content, and communications at AirHelp.

While that may not be possible for many people, there are other itinerary changes you can make to improve your odds of a smooth takeoff. According to AirHelp’s data, it’s not just where you fly but when you fly that matters, with the largest concentration of cancellations coming in the evening hours, from 4 p.m. to around 10 p.m.

The day of the week can have an effect, too. Cancellations were nearly twice as common on a Thursday as on a Tuesday, which—at least by that metric—is the best day to fly. Fridays had the worst on-time status (69%) while Tuesdays, again, won out as the best day to travel, with 78% of flights on time.

Mariscotti-Wyatt says the data aren’t intended to discourage people from traveling, but rather to help them make informed decisions. After all, she adds, passengers whose flights originate in the U.S. have “considerably fewer” consumer protections than those whose flights depart from the European Union, the U.K., or Canada.

That may change, if the Biden administration succeeds in passing legislation intended to solve the issue. On Aug. 3 the Department of Transportation proposed rules that, among other things, would require airlines to issue a cash refund if a passenger’s flight exceeds a reasonable delay, which is three hours for a domestic flight or six hours on an international route. If passed as a federal regulation, the rule will be a big win for passengers—though the process is expected to take at least a few months.

With or without the government’s assistance, AirHelp expects the level of disruptions to persist until the end of September.

Bearing that in mind, here are the airports you may want to avoid in the weeks and months ahead.

Best and worst days to travel