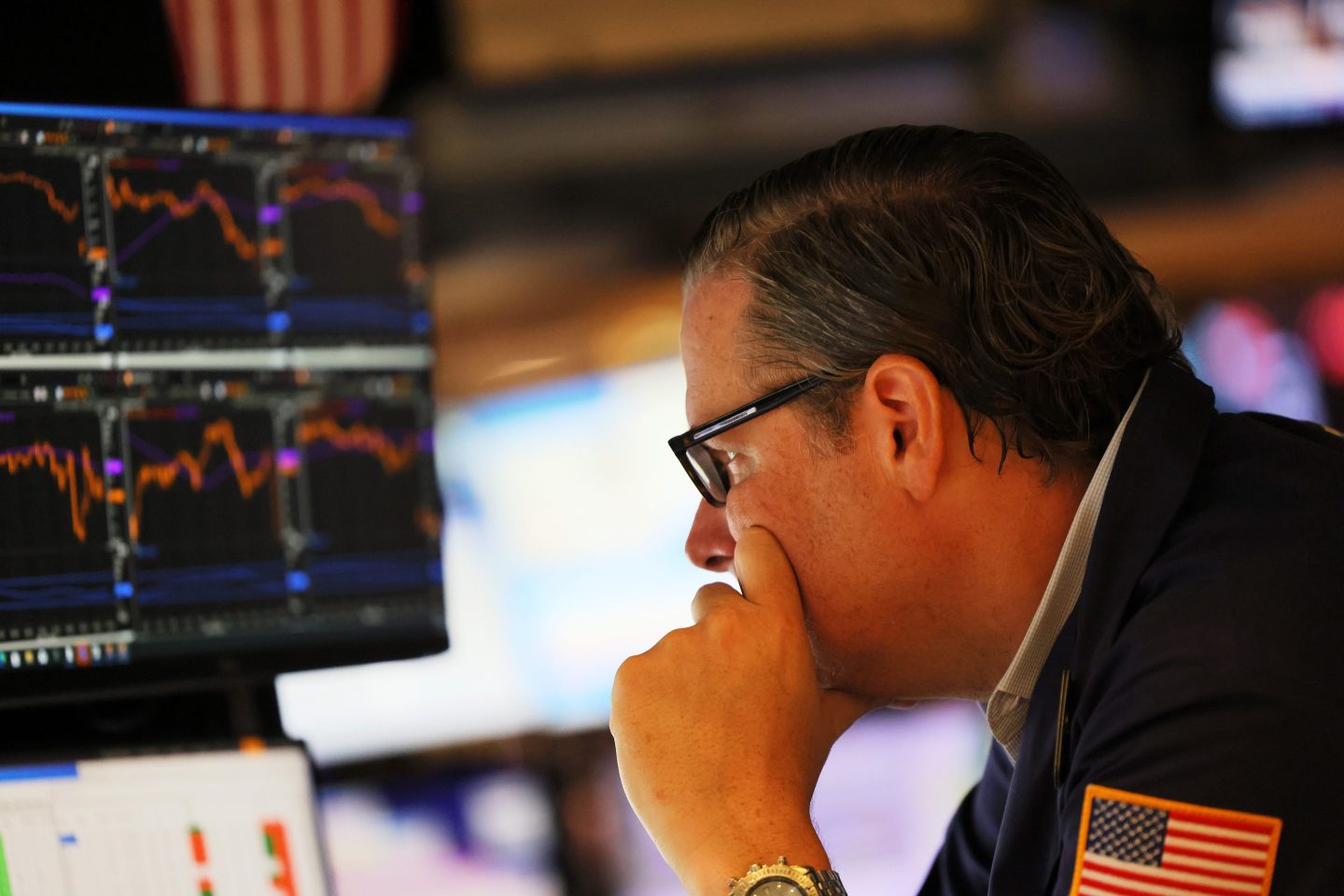 When yields on short-duration bonds move higher than yields on long-term government bonds, it can signal an impending recession.
Michael M. Santiago/Getty Images

There’s a heated debate going on across the country about the proper definition of a recession.

When investors got the news that U.S. gross domestic product (GDP) contracted for the second consecutive quarter this spring, many were quick to claim that a recession was here. But most economists argue that the U.S. isn’t officially in a recession until the National Bureau of Economic Research, a nonprofit, nonpartisan organization that conducts research and assesses market cycles, makes the call.

All debates aside, there are some undeniable signs that the economy is slowing, and this week another recession indicator began sending off warning signals.

A key part of the U.S. yield curve inverted on Tuesday for the first time since March 2020, when the economy was in the depths of the COVID-19-induced recession.

The yield curve is a line that plots the interest rates of government bonds with different maturity dates. The slope of that line can be a very useful recession indicator for the Federal Reserve.

Typically, the yields on short-duration government bonds are lower than those on long-term bonds, because investors take on more risk holding longer-term investments. This means that the yield curve is usually upward-sloping, and when that changes, it can signal economic issues.

A flat yield curve indicates “weak growth” in the economy, while a steep upward sloping curve indicates “strong growth,” researchers at the Federal Reserve Bank of Cleveland recently described. And when the yield curve inverts, meaning that yields on short-duration bonds move higher than yields on long-term government bonds, it can signal an impending recession.

That’s what’s happening now. The difference between the yield on 10-year U.S. treasuries and three-month U.S. treasuries fell to just 0.04% to start the week, and it even briefly dipped into negative territory on Tuesday, FactSet data shows.

That’s not great news for the U.S. economy given that the last eight U.S. recessions were all preceded by an inversion of the 10-year and three-month Treasury yields.

Still, Cleveland Fed researchers noted in their report that while the yield curve can be “important information for business cycle analysis,” it should “be interpreted with caution.”

After all, the 2s-10s yield curve, another popular recession indicator that measures the difference in yields between two-year and 10-year U.S. treasuries, was inverted for most of the month of July, but we’re still debating whether the U.S. is in a recession or not.

That doesn’t mean we should ignore the yield curve, however. In January, Federal Reserve Chair Jerome Powell admitted that the yield curve remains “one of many things” that the Fed monitors when tracking the health of the American economy. And when asked about its recession implications, Powell added:

“I don’t think of it as some kind of an iron law. But we do look at it and try to understand the implications and what it’s telling us.”

Mohamed El-Erian, a noted economist who serves as the president of Queens’ College, University of Cambridge, also wrote in a Monday tweet that the current yield curve inversion is a sign that investors are concerned about global economic growth.

And on top of that, Alfonso Peccatiello, the former head of fixed income portfolio management at ING Deutschland, argued in an article on Tuesday that the yield curve’s inversion could not only be a sign of economic issues, it may also contribute to them.

“An inverted yield curve not only predicts, but it directly contributes to sharp economic slowdowns: As refinancing credit short-term becomes prohibitively expensive while markets already price in poor expectations for long-term growth, the economic engine actually slows down and a vicious circle unfolds,” he wrote.