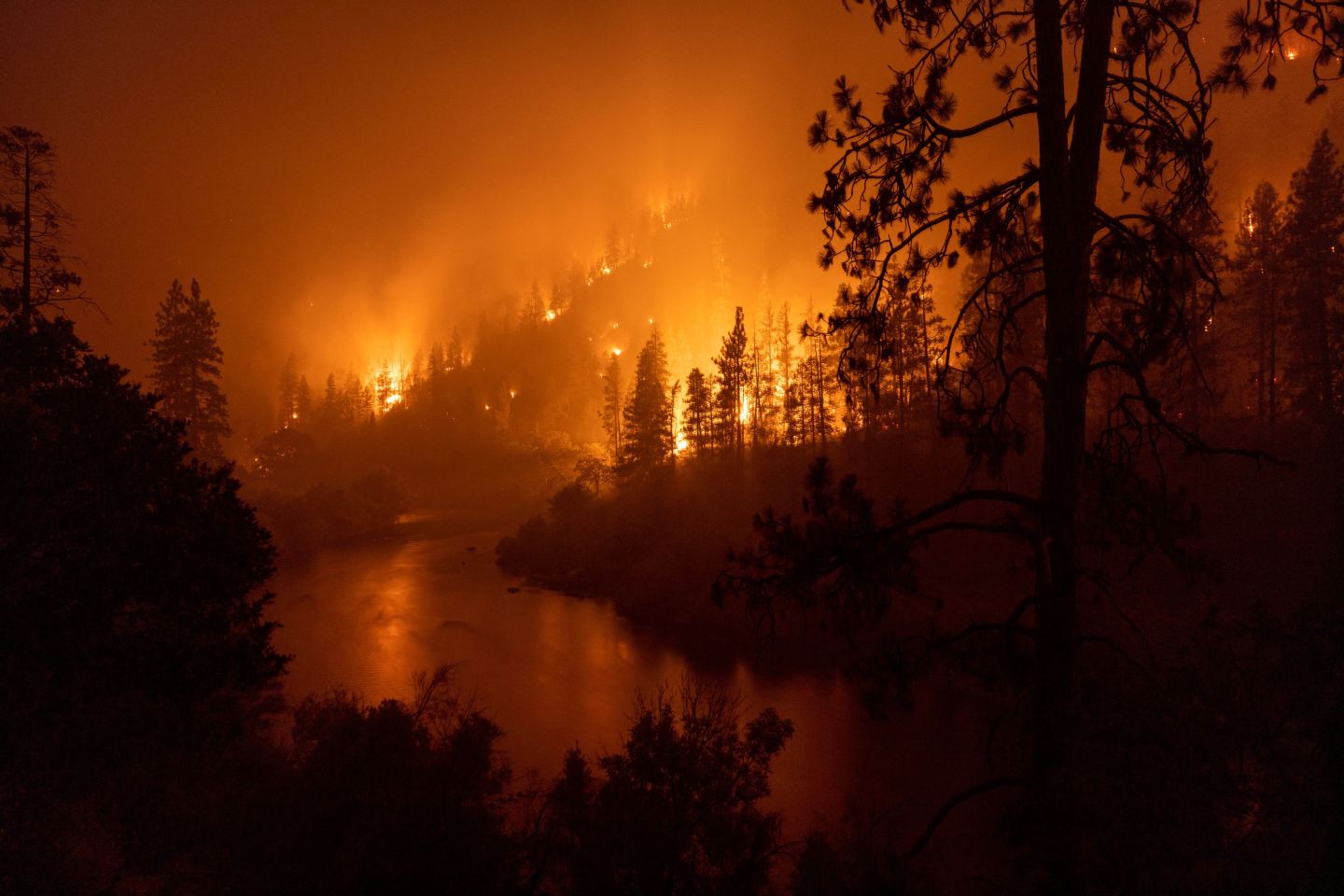 Flames burn to the Klamath River during the McKinney Fire in the Klamath National Forest northwest of Yreka, Calif., on July 31, 2022.
DAVID MCNEW/AFP — Getty Images

Northern California is burning as a wildfire near the Oregon border is growing unchecked, claiming at least two lives and displacing thousands of people from their homes.

The McKinney Fire, the largest wildfire the state has seen this year, has burned more than 55,000 acres and is currently not contained at all, according to Cal Fire, despite a downpour of rain on Monday.

To put that in perspective, that’s almost 86 square miles: nearly one and a quarter times as big as Washington, D.C.; and twice as big as the area housing Walt Disney World, Epcot, Disney Hollywood Studios, and accompanying resorts.

Fire officials say they hope to construct containment lines today, but warn vegetation in the area is still very dry and winds are strong, which could give the fire the opportunity to spread.

Two people were found dead in a vehicle that burned on Highway 96, according to local law enforcement officials. It’s unclear at this point how many homes have been lost to the fire, but Klamath National Forest Supervisor Rachel Smith, in a Facebook post, wrote, “In the first hours, we know we lost numerous structures in and around the community of Klamath River. We know that many homes burned to the ground, a tragic loss that compounds the loss of homes and property in catastrophic fires over the past few years.”

The McKinney fire started Friday afternoon. The cause is still under investigation, but Smith says it is clear lightning was not to blame.

At present, 16 crews are fighting the fire, using more than 60 engines and 10 helicopters.