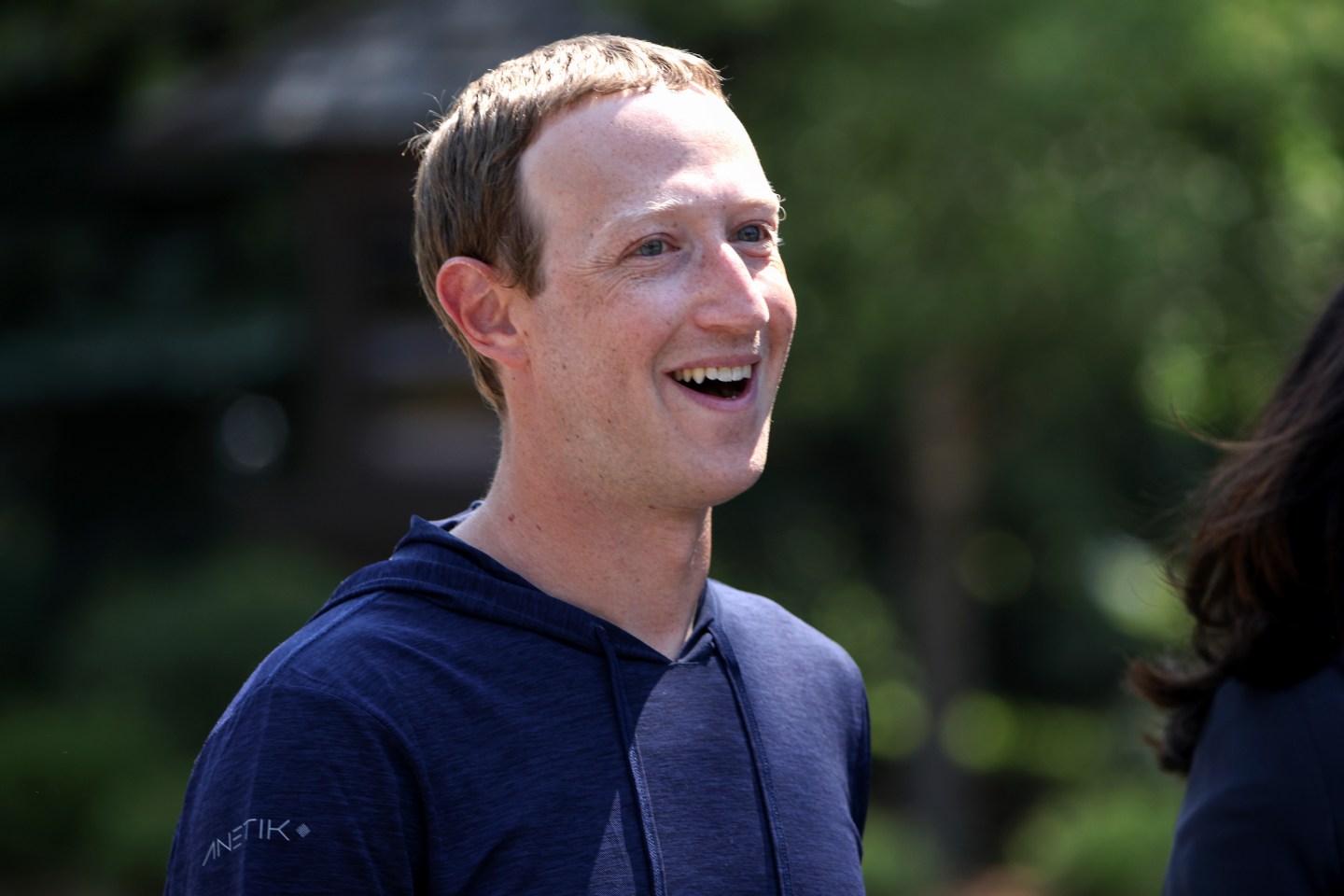 Good morning. David Meyer here in Berlin, filling in for Alan this week.

Half a year ago, I wrote about how Meta had—contrary to reports—not threatened to leave Europe because of its strong privacy laws, but had rather explained to Wall Street that it would soon have no choice. Well, it’s all happening again.

On Friday, Bloomberg reported (in a since-revised piece) that the Facebook and Instagram proprietor had “reiterated its threat” to yank those services from the EU if there isn’t a new transatlantic data-sharing agreement.

Roger McNamee, an early Facebook investor turned prominent critic of the platform, tweeted the next day that this was “a hollow threat” because Facebook “cannot afford to let users see how much better off they would be without” it, and “policymakers should call the bluff.”

As was the case in February, what happened here is that Meta has—as it must—warned its investors that it’s in deep trouble in Europe. It’s neither a threat nor a bluff, but rather a statement of fact: without a successor to the U.S.-EU Privacy Shield deal, which the EU’s top court nuked a couple of years back, Facebook and Instagram will be forced to pack up and abandon the European market.

Indeed, this uncomfortable reality was made clearer last month, when Ireland’s privacy regulator submitted a draft decision to its EU peers that would ban Facebook and Insta from transferring Europeans’ personal data to the U.S., because there is no longer any legal basis for these transfers to continue.

The EU-wide ban could come into force as soon as late September, though the process could plausibly run a little into next year—either way, that new U.S.-EU deal is Meta’s only possible way out of this mess.

And there won’t be any kind of plausible deal unless U.S. intelligence ends its bulk collection of European data, with the U.S. also giving Europeans a meaningful way to complain about and potentially stop even targeted collection.

These are the issues that killed Privacy Shield and its predecessor, Safe Harbor, and the European Commission would be setting itself up for legal humiliation and massive reputational damage if it tried to green-light a third deal that would similarly fall in court.

A political fudge remains a possibility, not least because of the effect a Facebook/Insta exit would have on many small European businesses.

But despite a we-all-really-want-this “agreement in principle” back in March, there are no signs that the Europeans and Americans are anywhere close to coming up with a detailed solution that works.

There is a strong likelihood that Europe’s privacy regulators will get there first; they certainly won’t wait for the politicians to get their act together.

I find it astonishing that even Facebook’s critics, let alone the markets, haven’t glommed onto the reality of the situation. I suspect the culprit is a deep-seated notion that Mark Zuckerberg’s all-powerful company can somehow fix this by modifying its legendarily bad privacy behavior—as though it had some brilliant solution hidden up its sleeve, just waiting until the last possible second before pulling it out.

If Meta had a solution that could solve the problem, it would have convinced the Irish watchdog and would not be in this mess.

This is out of its hands now, and very much in those of Joe Biden’s White House.

And, as things stand, it’s looking more likely than not that a highly lucrative 15% of the company’s user base is about to go bye-bye.

China’s Alibaba may be delisted in the U.S., after the Securities and Exchange Commission added it to a list of companies that could fall foul of the Holding Foreign Companies Accountable Act. As Nicholas Gordon explains, the law is “meant to force U.S.-listed Chinese firms to open their books to U.S. inspectors.” Weibo and JD.com are also on the list, as is KFC operator Yum China Holdings. Fortune

The FT has a fascinating piece on how the venture capital world is quietly crashing, with many startups not seeing the reality until new fundraising rounds blast their valuations. (Meanwhile, the Journal reports a massive slowdown in U.S. merger activity.) Financial Times

3 big problems vex China’s economy—and complicate Xi Jinping’s plans for a third term: ‘People in China are clearly unhappy with the state of the economy’, by Grady McGregor

Crypto fans await the ‘flippening,’ when Ether will surpass Bitcoin in value. ‘This event is getting closer by the day’, by Bloomberg

Redfin: These housing markets are the most at risk of falling home prices, by Lance Lambert