Chinese rocket debris hurtles back to Earth, drawing NASA rebuke for ‘significant risk of loss of life and property’ 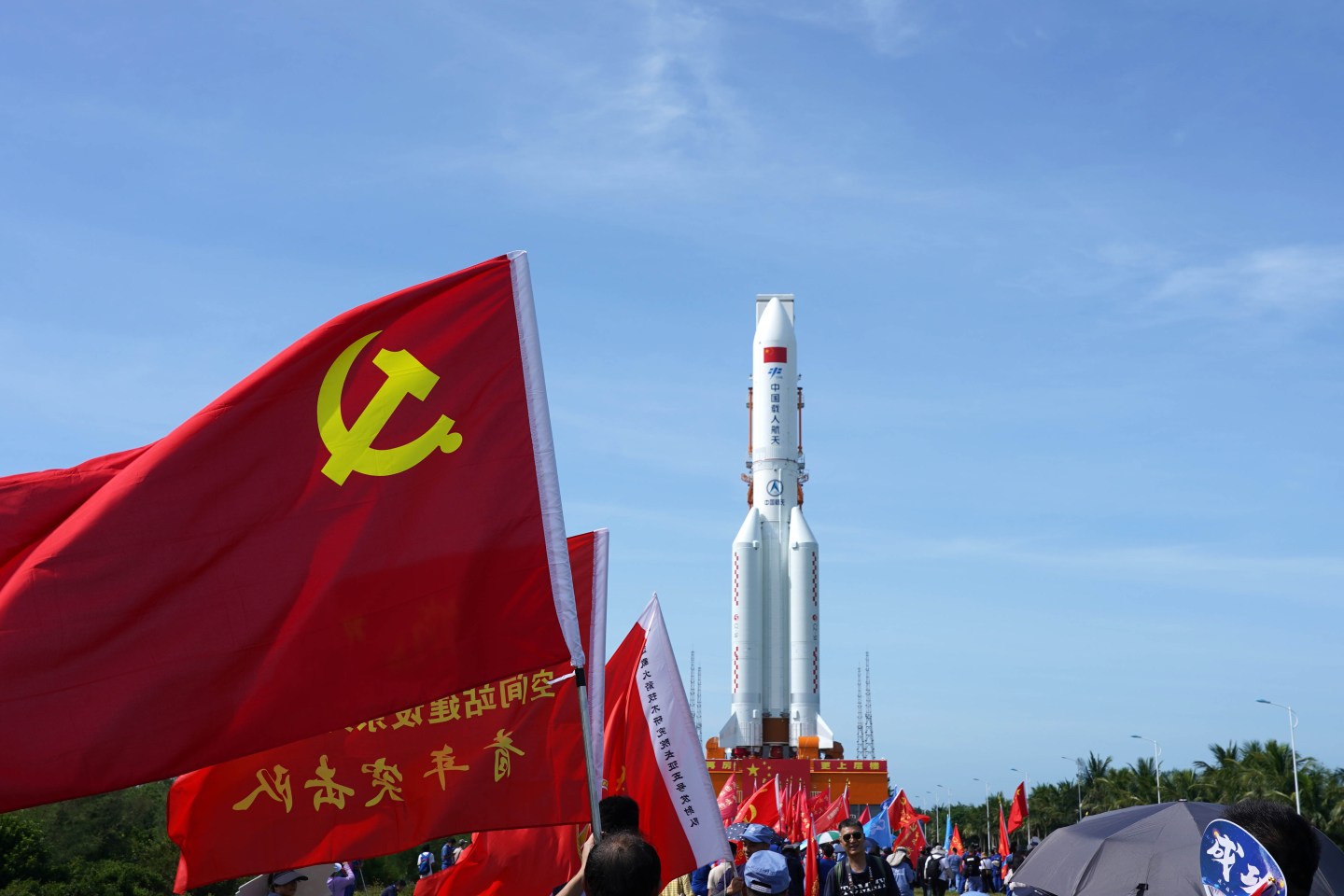 Remnants of a massive Chinese rocket fell back to Earth over the Indian Ocean on Saturday, leading U.S. space officials to again criticize China’s lack of information-sharing about its boosters re-entering the atmosphere.

China’s spaceflight agency said the vast majority of wreckage from the last stage of Long March 5B burned up upon re-entry. The U.S. Space Command tweeted that while it could confirm the booster had re-entered over the Indian Ocean, it referred to China for details on technical aspects including impact location.

“The People’s Republic of China did not share specific trajectory information as their Long March 5B rocket fell back to Earth,” NASA Administrator Bill Nelson said separately. “All space-faring nations should follow established best practices, and do their part to share this type of information in advance to allow reliable predictions of potential debris impact risk, especially for heavy-lift vehicles, like the Long March 5B, which carry a significant risk of loss of life and property.”

In the days before the crash, Western space experts warned about the uncontrolled descent of the rocket booster weighing 25.4 tons. China is unusual in conducting launches that result in the uncontrolled re-entry of rocket segments, said Jonathan McDowell, an astrophysicist at the Center for Astrophysics, which is operated by Harvard University and the Smithsonian Institution. The US and others design their rockets so that debris falls “in a very predictable location,” he said.

Aerospace Corp., an El Segundo, California-based nonprofit that provides technical advice for space missions and receives US funding, had said there was a “non-zero probability” that debris would land in a populated area, estimating that more than 88% of the world’s population lives under the re-entry’s potential debris footprint.

Experts had cautioned that that while much of the massive booster would burn up upon reentering Earth’s atmosphere, huge chunks — as much as 40% — would survive and fall to oceans or the ground. Some projections had shown a ground track that crossed parts of Mexico and Brazil, then skirted the Cape of Africa before passing over land in Southeast Asia.

This is the third uncontrolled entry by a Chinese rocket booster in as many years. In May 2021, pieces of another Long March rocket landed in the Indian Ocean. Nelson issued a statement at that time criticizing China’s handling of space debris and lack of transparency.

China has dismissed Western concerns over debris, calling it a smear effort as the US-China space race escalates.

The Long March 5B rocket took off July 24 carrying one of the heaviest payloads in recent years, a module for China’s under-construction Tiangong space station. The Chinese space station was started after the US barred Beijing from participating in the International Space Station.