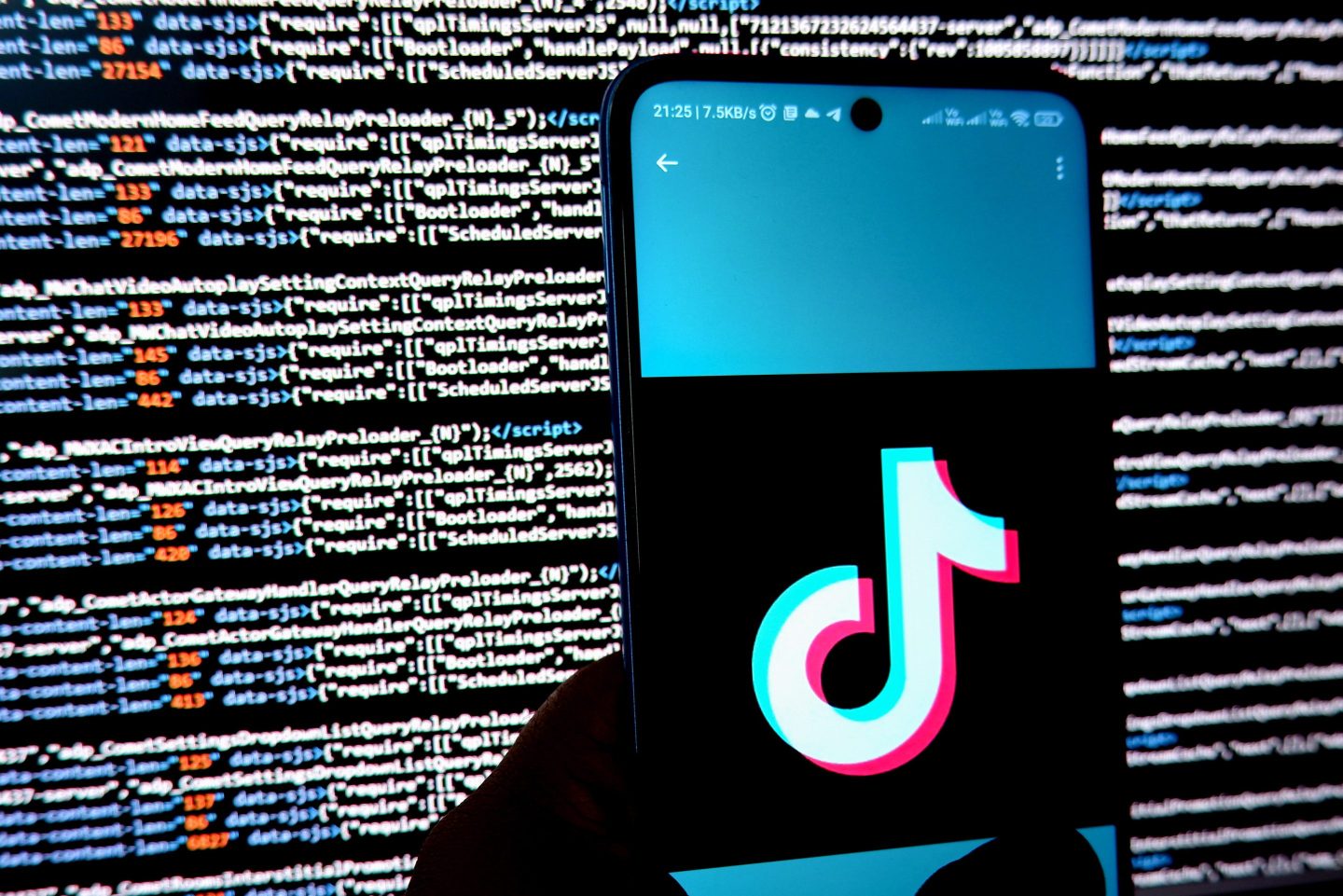 The attempt, which met with push-back from TikTok executives, highlights the internal tensions within the fast-growing social media app, owned by Beijing-based ByteDance, which has constantly attempted to distance itself from Chinese state influence.
Avishek Das—SOPA Images/LightRocket/Getty Images

A Chinese government entity responsible for public relations attempted to open a stealth account on TikTok targeting Western audiences with propaganda, according to internal messages seen by Bloomberg.

The attempt, which met with push-back from TikTok executives, highlights the internal tensions within the fast-growing social media app, owned by Beijing-based ByteDance Inc., which has constantly attempted to distance itself from Chinese state influence.

In an April 2020 message addressed to Elizabeth Kanter, TikTok’s head of government relations for the UK, Ireland, Netherlands and Israel, a colleague flagged a “Chinese government entity that’s interested in joining TikTok but would not want to be openly seen as a government account as the main purpose is for promoting content that showcase the best side of China (some sort of propaganda).”

The messages indicate that some of ByteDance’s most senior government relations team, including Kanter and US-based Erich Andersen, Global Head of Corporate Affairs and General Counsel, discussed the matter internally but pushed back on the request, which they described as “sensitive.” TikTok used the incident to spark an internal discussion about other sensitive requests, the messages state.

“We declined to offer support for this request, as we believed the creation of such an account would violate our Community Guidelines,” said a TikTok spokeswoman, who downplayed the incident as an informal request from a friend of an employee.

TikTok has rules against “coordinated inauthentic behavior,” where accounts conceal their true identity to exert influence or sway public opinion, and against political advertising, the spokeswoman said.

TikTok does allow some Chinese government entities, including the Chinese embassy in the US, to have verified accounts. The company is planning to expand its state-controlled media policy, which labels state-run accounts, in the “coming months” to include other government entities, the spokeswoman added.

Kanter and Andersen declined to comment. The Chinese government did not respond to a request for comment.

The messages have emerged in the same week that UK foreign secretary Liz Truss pledged to crack down on Chinese-owned companies including TikTok during a head-to-head debate with Rishi Sunak as part of their campaign to succeed Boris Johnson as Prime Minister.

“I want to make it clear to certain British politicians that making irresponsible remarks about China, including hyping up the so-called China threat, cannot solve one’s own problems,” Zhao said during a regular news briefing in Beijing on Tuesday.

The extent to which the Chinese government exerts influence over ByteDance has been a source of tension for TikTok as it has expanded internationally. In September 2020, the Trump administration accused TikTok of being “a mouthpiece” for the Communist Party as part of an ultimately push to shut down the app in the US if it wouldn’t sell to an American owner.

The same month, the Australian Strategic Policy Institute said in a report that TikTok often buries or hides words reflecting political movements, including criticism of Vladimir Putin, as well as hashtags relating to gender and sexual orientation or religion in most countries where it operates. At the time, TikTok strenuously denied it would cooperate with any demands from China’s regime.

The Youth League, the Communist Party’s branch for younger members, is among Douyin’s top creators, with about 8 million followers, double those of Taylor Swift.

Douyin, available in local app stores, is run as a separate entity. Both TikTok and Douyin focus on short-form video making and sharing, but Douyin has content controls to comply with Chinese law.

The Chinese government wanted advice on how to run an account that was engaging for a Western audience and that “they also mentioned payment,” according to the messages seen by Bloomberg.