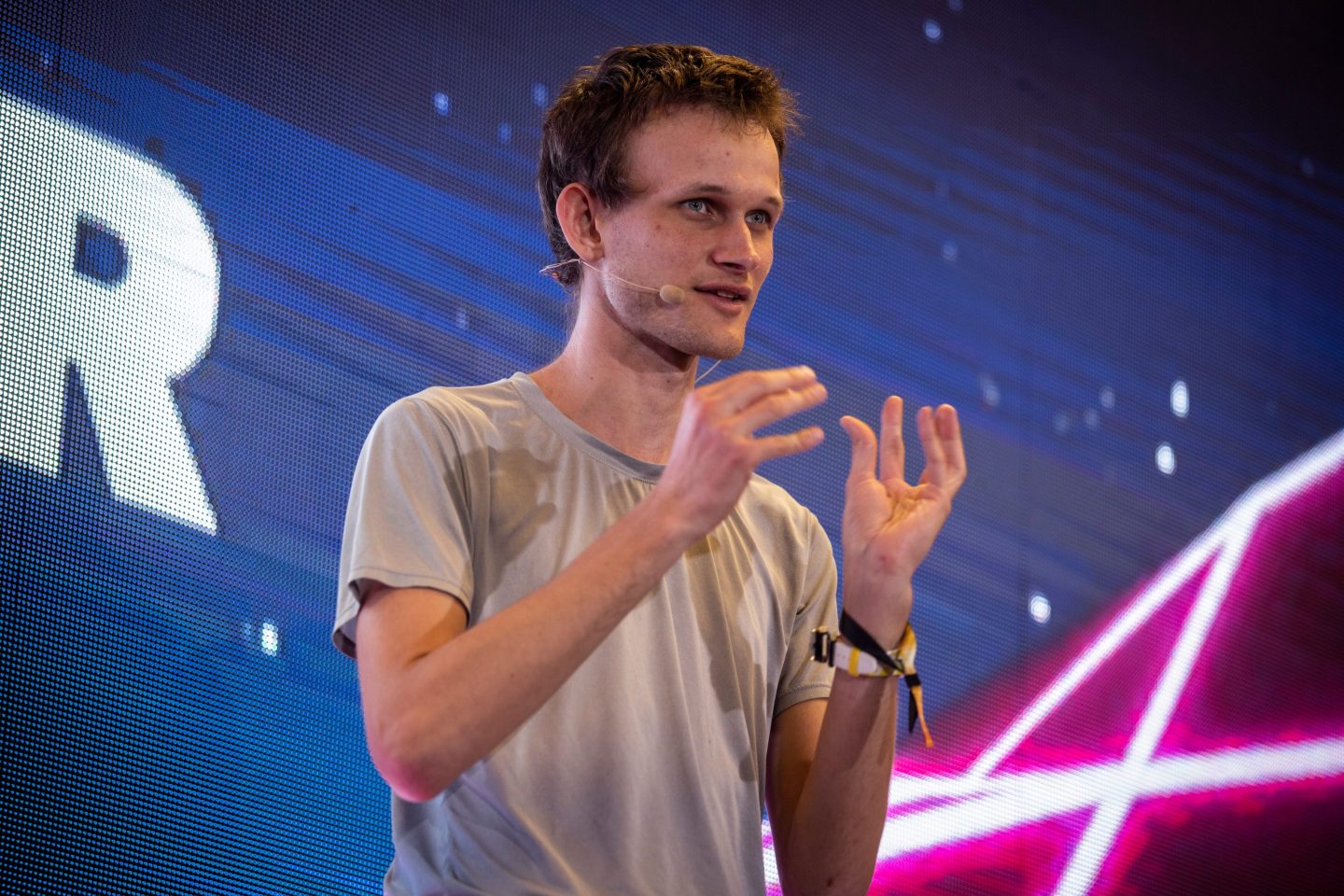 Vitalik Buterin’s original Ethereum Classic blockchain has found new favor in the crypto community as miners set to lose out to stakers look for a new form of income following the Merge.
Chet Strange—Bloomberg/Getty Images

Over the past two weeks Ethereum’s popular ETH coin jumped by nearly half as confidence builds over its hotly anticipated switch, or “Merge,” to a leaner, more efficient blockchain technology called proof of stake.

Yet its gains pale in comparison to the sudden surge of interest in another, long-forgotten alternative from the very beginning of Ethereum’s history.

The value of ETC, a kind of illegitimate offspring birthed in 2016, has tripled during the same period and nearly taken out highs last visited in March, according to data from CoinGecko.

Its price surge really began to take off after Vitalik Buterin, Ethereum’s founder, encouraged users and developers last week to migrate back to his original creation if they were not convinced by the upcoming Merge.

“It’s a very welcoming community,” Buterin told the Paris conference. “If you like proof of work, you should go use Ethereum Classic, it’s a totally fine chain.”

ETC resulted from the so-called DAO Hack of the Ethereum network in which $60 million was successfully stolen from a decentralized autonomous organization just a year after Buterin’s creation had first gone live in July 2015—at the time a fortune for a fledgling crypto industry.

A vote was held by DAO users responsible for governance decisions, with a majority supporting a “hard fork” in the chain that would restore investors their stolen money.

Since the decision was highly controversial, another part of the community refused to play along and instead continued with the original chain, known as Ethereum Classic, and its native currency, ETC.

Buterin’s comments have helped rekindle interest in the ETC cryptocurrency from miners, most of whom have not had it easy with the recent collapse in ETH and now face effectively losing their income entirely.

The reason is that Ethereum, the second most popular blockchain after Bitcoin, will no longer require mining services once it switches to a faster, more efficient technology as part of the Merge tentatively scheduled for Sept. 19.

Replacing them will instead be stakers, who will assume their job maintaining the security of its trustless payment network.

Confronted with the imminent loss of business, mining pool AntPool pledged to invest $10 million on Tuesday to support further development of Ethereum Classic, which is now run independently.

Normally financial transactions require a trusted counterparty like a bank to ensure both sides of an exchange can fulfill their end of the deal before it clears the trade and credits or debits an account.

Cryptocurrency changes hands on an entirely permissionless basis, however. Complete strangers can buy and sell coins using anonymous wallets without fear of being shortchanged.

That’s because an asset like Bitcoin operates using a shared ledger of transactions distributed to everyone interested in maintaining the network. Business is recorded in the form of blocks on a chain with miners paid newly minted Bitcoin as an incentive to validate each of these immutable entries.

This majority consensus mechanism is known as proof of work (PoW), and it requires an enormous amount of computing power for each miner to keep his or her copy of the ledger always up to date and current.

Because Bitcoin’s network prioritized security and decentralization above all, it requires enough electricity to power a small country and can only process transactions at a snail’s pace by today’s standards.

That’s why new types of blockchain technology have emerged such as Solana that take a completely opposite approach, using what is known as proof of stake (PoS) to improve energy efficiency and scalability to achieve speeds similar to credit card giant Visa.

Instead of transactions being validated by whoever is willing to set aside their computing power as a mining rig, people stake a certain amount of their own holdings much as they would a security deposit.

The downside to this solution is that more influence is centralized in the hands of a smaller, select number of people who stand to benefit from being the only ones that can reap blockchain rewards by maintaining the network.

There are penalties to ensure the system is not abused, however. In the event of an attack, either staged with intent or permitted through negligence, their staked crypto can be forfeited in part or whole.

Ethereum is now in the process of switching from PoW to its so-called Beacon chain currently running in parallel that uses PoS. Validators that want to earn crypto must agree to first lock up 32 ETH, roughly $55,000 at present value.

For those miners either not willing or able to do so, they can switch to Ethereum Classic.