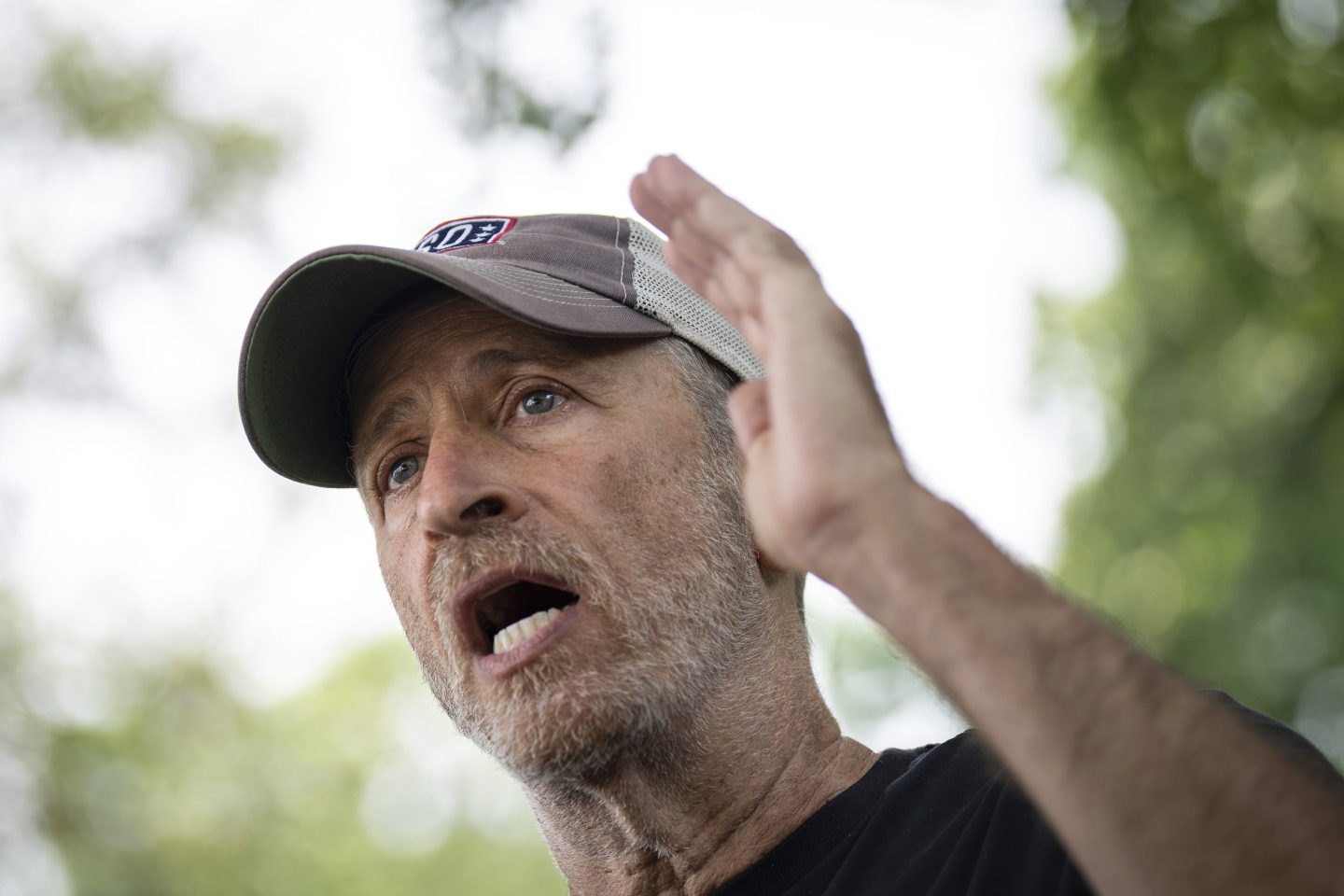 Jon Stewart speaks to the press before a news conference about the Honoring Our Promise to Address Comprehensive Toxics (PACT) Act on Capitol Hill in Washington, D.C.
Drew Angerer—Getty Images

Forty-one Republican senators moved to force debate on amendments that would reduce future mandatory spending in the bill. The majority of those lawmakers had supported another version of the bill last month.

The Republican senators who changed their minds, including Minority Leader Mitch McConnell, did so shortly after West Virginia Senator Joe Manchin announced a deal with Majority Leader Chuck Schumer on a separate tax and spending bill that Republicans are united against.

The Senate’s passage of burn pits legislation last month on an 84-14 vote hit a snag over a line on nontaxable benefits. The Constitution requires all bills with tax items to originate in the House. The House passed the bill on an overwhelming 342-88 vote earlier this month.

“There are going to be veterans who die between now and when this bill passes,” Senate Veterans Affairs Chairman Jon Tester said. “I apologize for the dysfunction, but if we’re able to step up, I think we can right this ship.”

Republican Senator John Cornyn of Texas, who supported the legislation last month before opposing Wednesday’s procedural vote, told reporters he believes the bill will eventually pass, provided Republicans are allowed debate on their amendments. Democrats want to pass the bill before they break for the August recess.

“I don’t know what we can do to convince the Republicans to do the right thing except for public opinion weighing in,” Speaker Nancy Pelosi said. “You have to say to them: ‘Why did you abandon our veterans?’”

Pennsylvania Senator Pat Toomey, a Republican who has consistently voted against the bill, said it creates a “slush fund” and would create “a huge explosion” in veterans’ funding in the future. But Stewart, who featured the debate on toxic burn pits on his Apple TV show, sharply criticized the senator, who retires at the end of this Congress.

“He doesn’t care. He’s not coming back. He’s retired,” said Stewart, who also called Toomey a coward. “God knows what pot of gold he steeps into after this.”

The issue is personal for President Joe Biden, who lost his son Beau to brain cancer. Beau served overseas near burn pits, and Biden has suggested that the toxins from the pits may have caused the disease. The president mentioned protections for veterans exposed to toxic burn pits in his first State of the Union address this year.