Exclusive: Visa’s CFO says there’s ‘no evidence of a slowdown in consumer spending’ 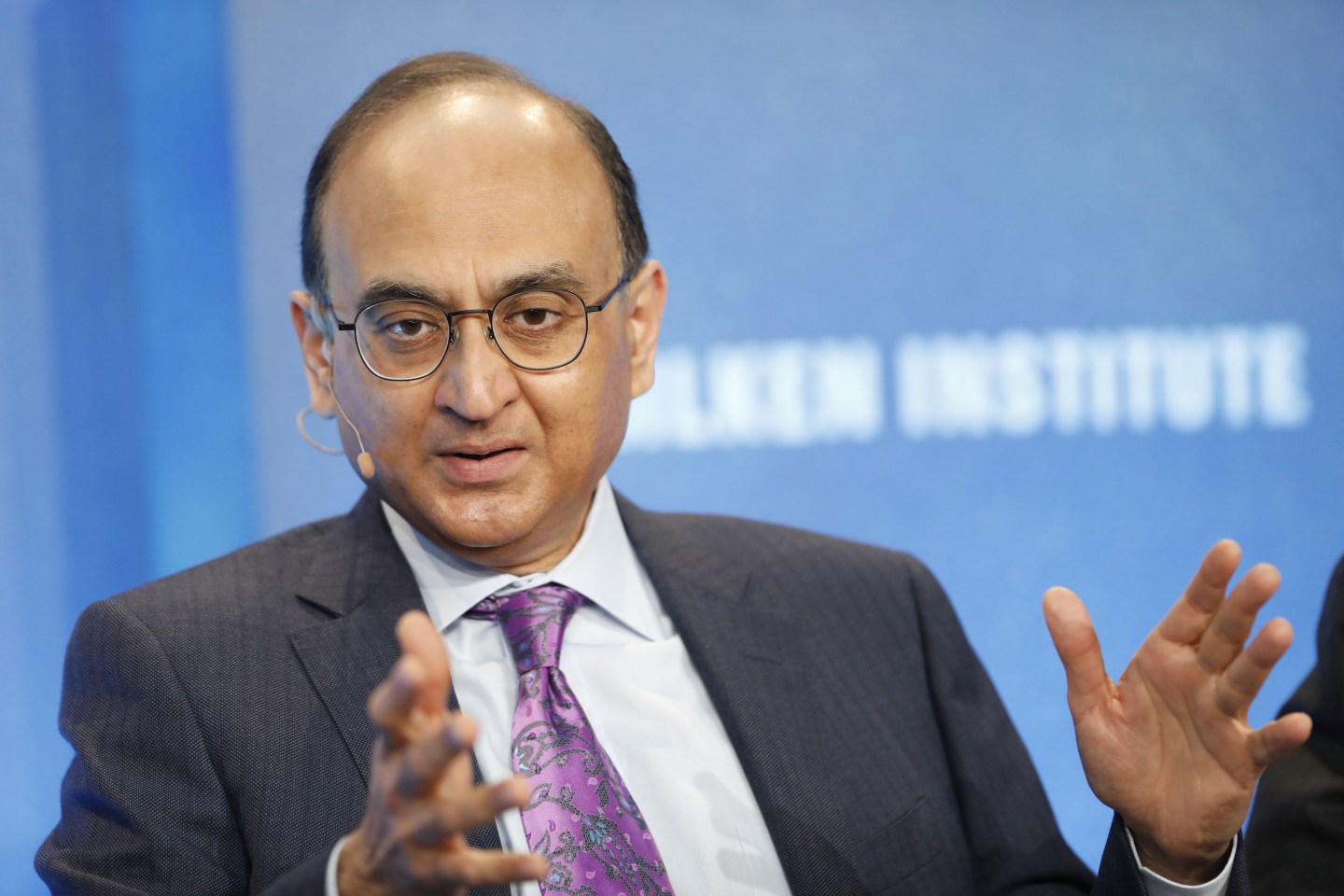 There’s no evidence of a slowdown in consumer spending, Visa’s CFO told Fortune in an interview Wednesday.

“Since January, the U.S. consumer has been spending at roughly the same pace relative to 2019, which cleans out some of the noise from last year,” Visa’s Vice Chair and CFO Vasant Prabhu says. The company has experienced growth in payments volume, cross-border volume and processed transactions, he says.

However, there’s a shift from buying goods (prominent in the early part of the pandemic when people were stuck at home) to now buying experiences—dining out, entertainment and travel, Prabhu says.

“We are seeing affluent spending grow more because it was perhaps artificially depressed when the pandemic was going on,” he says. “You couldn’t take that trip to Europe, or you couldn’t go to that expensive restaurant. And lower income groups are not spending less. But they may be spending on different things.”

What are they spending on? “Our data doesn’t show all that,” Prabhu says. “What it does tell us is: are people spending the same at Safeway as they did a month ago?”

He continues, “Walmart also issued a profit warning, but the sales growth expectations didn’t change, and that’s what really matters to us. As long as people are using Visa cards, it’s the amount they spend that matters to us. What we care about is nominal growth, not real growth in consumer spending.”

Visa announced its latest quarterly earnings on Tuesday, reporting an adjusted net income of $1.98 per share, beating the $1.75 a share expected by analysts. Net revenues in the quarter were $7.3 billion, an increase of 19%.

I asked Prabhu his thoughts on the Federal Reserve’s announcement on Wednesday that it’s raising interest rates by 75 basis points for the second straight month, delivering the most aggressive tightening in more than a generation to curb surging inflation, Fortune reported. “Inflation, in the long run, is not a good thing for anybody,” Prabhu says. “The Federal Reserve has a mandate to manage inflation and employment at the same time. Seemingly the employment picture is pretty good. So it gives them some flexibility to manage the inflation side.”

He added, “We’re doing analysis of recessions, and we went back all the way to the ’70s. And not all recessions are alike. Every recession is different. And the impact it can have on your business is very different.”

In regards to employment, I asked him how Visa is approaching salary increases in competing for talent. “Six months ago, the fintech sector was booming,” Prabhu says. “We’re the largest player in fintech. We needed to make sure that our compensation was competitive, but we were very disciplined.”

“There were a lot of companies,” Prabhu continued, “especially startups that were flush with money to spend, saying, ‘Here’s stock that could be worth millions of dollars.’ Some people have now discovered that maybe it’s not.”

“But we didn’t want to take wages up a lot,” he says. “So, we decided to give them a raise a quarter earlier. It seems to have worked very well. Every company is about people in the end. If you don’t have good people, you’re not going to have a good business. So, talent always has to be a critical priority. It’s more than money that motivates people. I truly believe that.”

I also asked Prabhu the type of Visa cards he uses. “I have a Visa card that has a cash back,” he says.

A new report by Gartner, Inc. finds investments in mergers and acquisitions (M&A) and sustainability will be the first areas to face cuts if the economic disruption continues. The report, based on a survey of 128 CFOs and CEOs, also found that almost half (46%) said spending on workforce and talent development would be the last area to cut.

"Inside McDonald’s months-long decision to sell all 853 stores in Russia—and lose a significant chunk of global revenue with them," is a new report by Fortune's Geoff Colvin in which CEO Chris Kempczinski shares the factors the company was weighing in the 81 days between Russia's invasion of Ukraine and McDonald's announcement that it would exit the country.

Susan Li was promoted to CFO at Meta Platforms, Inc. (Nasdaq: META). Current CFO David Wehner will take on a new role as the tech company's first chief strategy officer, where he will oversee strategy and corporate development. Li has served as the VP of finance at Meta since 2008. She previously was an analyst at Morgan Stanley.

"I do not think the U.S. is currently in a recession. And the reason is, there are just too many areas of the economy, performing too well. I would point to the labor market in particular."

The Federal Reserve chair Jerome Powell said at a press conference on Wednesday following the announcement of the Fed’s decision to raise interest rates by 75 basis points to bring down inflation, as reported by Fortune.