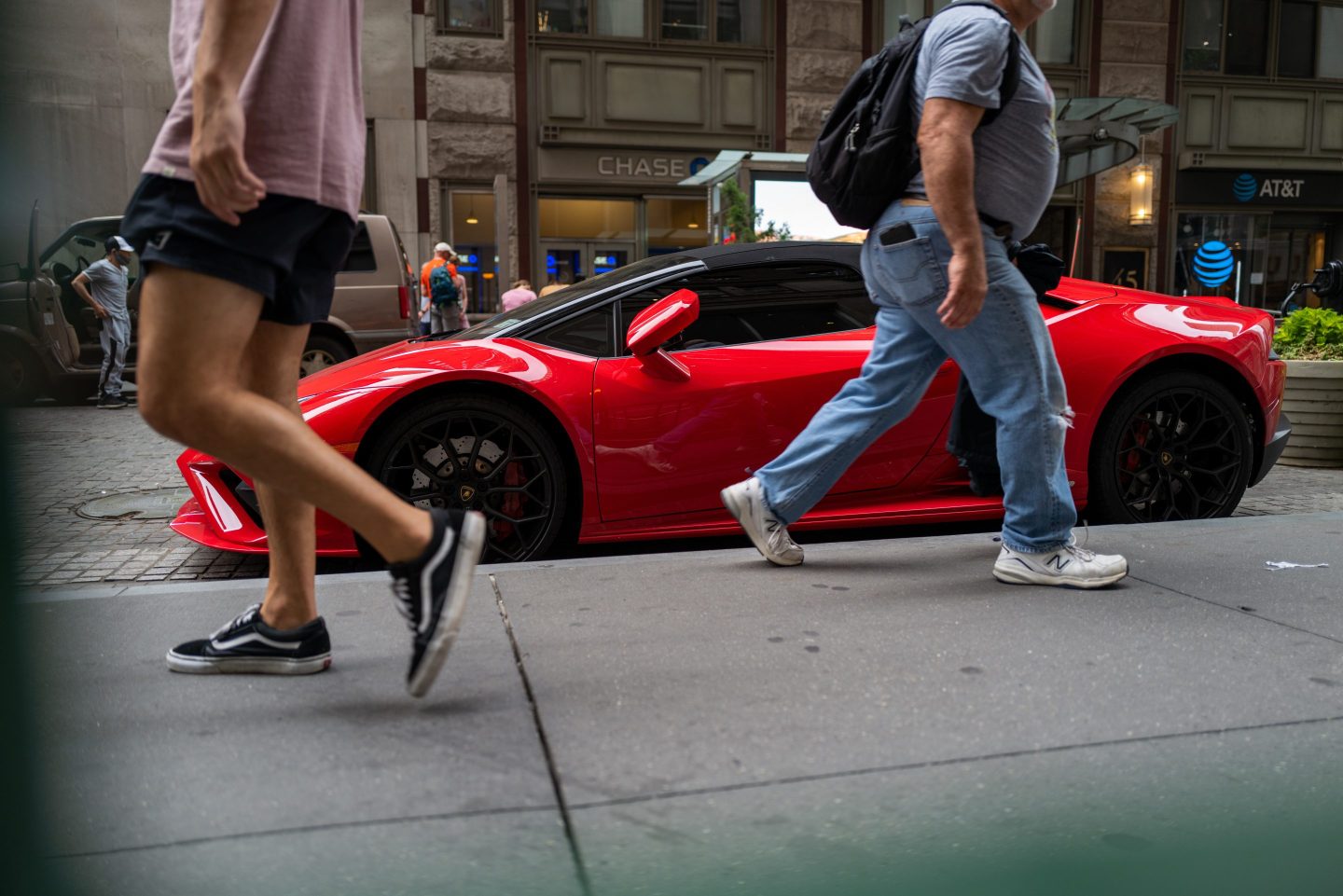 Luigi Taraborrelli, a 20-year veteran of the Italian carmaker, was most recently Lamborghini’s head of chassis and vehicle dynamics.
Spencer Platt—Getty Images

Apple Inc. has enlisted one of Lamborghini’s top car-development managers in a sign that it’s stepping up work on a self-driving electric vehicle, according to people with knowledge of the situation.

The company hired Luigi Taraborrelli, a 20-year veteran of the Italian carmaker, to help lead the design of Apple’s future vehicle, said the people, who asked not to be identified because the matter isn’t public. Taraborrelli was most recently Lamborghini’s head of chassis and vehicle dynamics.

The move is another signal that Apple is committed to producing a car following years of setbacks and upheaval. With his experience, Taraborrelli becomes one of the most senior managers on Apple’s EV team and brings some exotic-car panache to the effort.

The executive worked on Lamborghini models such as the Urus, Huracan and Aventador, in addition to more limited models like the Huracan Sterrato off-road vehicle and Asterion concept car. He oversaw Lamborghini’s chassis development, as well as areas such as handling, suspensions, steering, brakes and rims, according to his LinkedIn profile.

An Apple spokeswoman declined to comment on the hire.

The company is aiming to introduce a car around 2025 with a design that lets riders face each other in a limousine-like interior, Bloomberg has reported. Apple has grand ambitions to create a car without a steering wheel or pedals, relying instead on fully autonomous technology, though many team members and industry watchers doubt such a move is possible on its current schedule.

Even with the recent hires, the team has lost key talent, including the former head of the project, Doug Field, and artificial intelligence specialist Ian Goodfellow. Field had joined Apple in 2018 after leading vehicle programs at Tesla. He left the iPhone maker to join Ford after about three years, a relatively short period for an Apple executive in charge of a major initiative.

The car project is currently run by Kevin Lynch, who also oversees the company’s Apple Watch and health software teams, and John Giannandrea, the company’s head of machine learning. Apple has been working on an electric car since at least 2014, but the project has been plagued by turmoil, including leadership turnover, strategy changes and layoffs.

Apple and Lamborghini have some history together. In 2020, the carmaker released an Apple-based augmented reality feature to help people preview the Huracan EVO RWD Spyder. At the time, Apple’s head of marketing said the company “cares deeply” about Lamborghini.