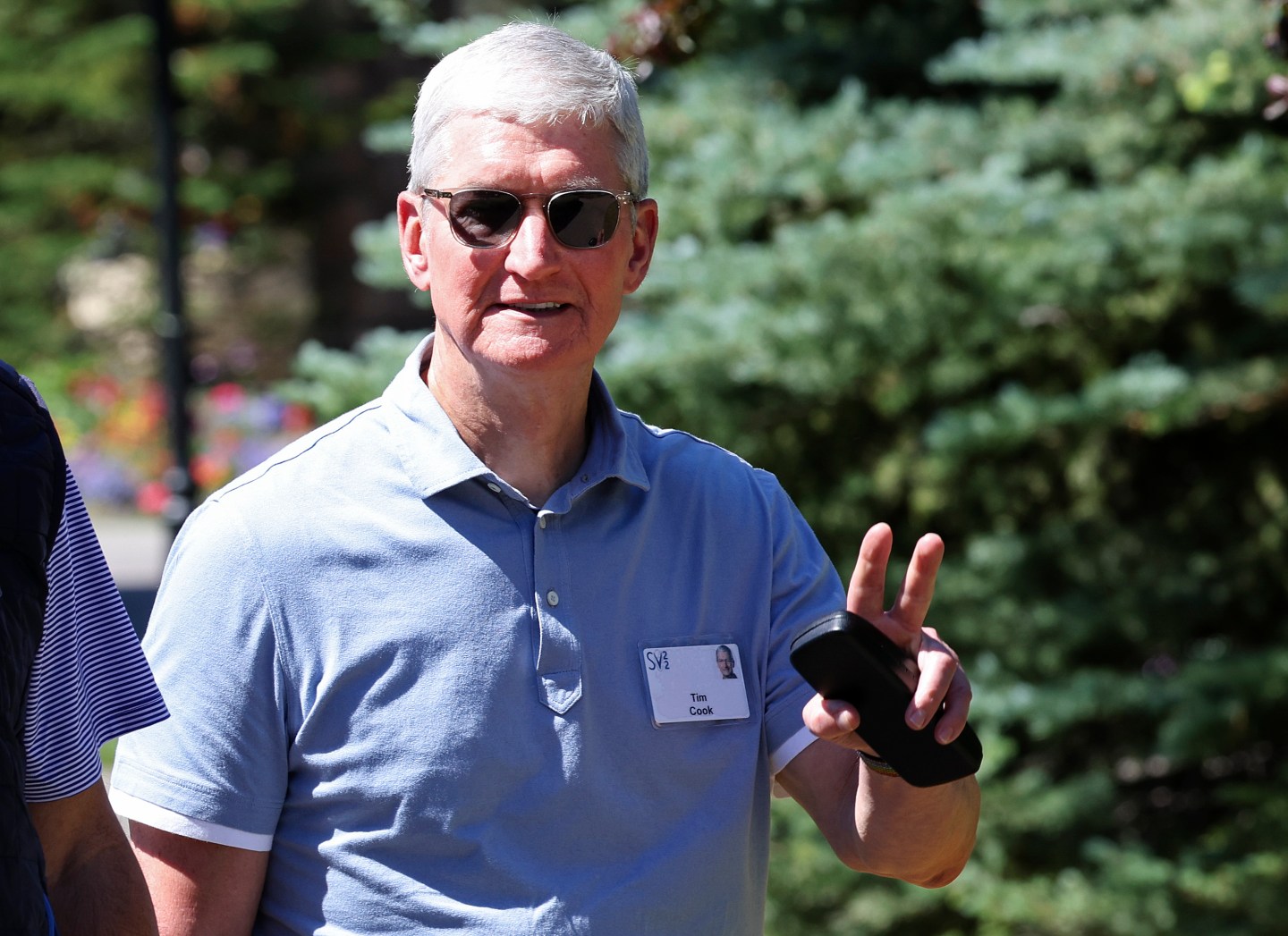 Revenue rose 2% to $83 billion in the period, which ended June 25, compared with an average analyst prediction of $82.8 billion. Earnings amounted to $1.20 a share, topping the $1.16 projection. The company didn’t provide guidance for the fourth quarter, continuing an approach it adopted at the beginning of the pandemic.

Apple’s iPhone and iPad sales fared better than expected during the quarter, though other products — including Macs and wearables — fell short of projections. Services, a key growth area for Apple, narrowly missed estimates.

Still, the iPhone numbers suggest that Apple is weathering a slowdown in smartphone spending. The company also has shown it can navigate supply chain constraints fueled in part by Covid-19 shutdowns in China. In April, Apple warned that the problems would erase $4 billion to $8 billion from third-quarter revenue.

Against that backdrop, the latest numbers came as a relief. Apple shares gained more than 3% in extended trading.

Though it’s faring better than some tech peers, Apple has grown more cautious as it confronts a sputtering economy. The iPhone maker is planning to slow hiring and spending for some teams in 2023, Bloomberg reported earlier this month. Before releasing its results Thursday, Apple’s stock had fallen about 11% this year, slightly outperforming the S&P 500 Index.

Apple struggled to get enough supply last quarter after China’s Covid-19 precautions shuttered some factories and hamstrung deliveries. Those problems have eased but aren’t over.

China’s tough stance against the virus has led to some production restrictions for supplier Foxconn as recently as this week. The manufacturer, along with several others in the region, was forced to operate within a “closed loop” system for seven days. That means factory workers can’t have contact with people outside of their plants for that period.

Apple also had little in the way of new products to lure customers in recent months. The company released an updated iPhone SE back in March and is expected to launch fresh iPhones in September, missing the quarter that just ended.

Even so, that product generated $40.7 billion last quarter, beating estimates of about $39 billion.

Qualcomm Inc. added to investors’ concerns about the smartphone market on Wednesday, when the chipmaker said consumers’ appetite for the devices had slowed. But the company said demand was particularly weak for low-end and mid-tier phones running Android, rather than the iPhone.

Last quarter’s sales from digital services like iCloud, AppleCare, Apple TV+ and Apple Music climbed 12% to $19.6 billion during the period. That made it Apple’s fastest-growing category, but the division came up shy of Wall Street predictions of about $19.7 billion.

Apple’s wearables, home products and accessories — the division that includes its smartwatch, HomePod, AirPods and Beats headphones — had sales of $8.08 billion last quarter. Wall Street had called for about $8.8 billion.

Apple generated $7.38 billion from the Mac, badly missing predictions of about $8.45 billion. The company launched new MacBook Pro and MacBook Air models in July, but those didn’t contribute to the latest results because the quarter ended in June. That means many consumers probably stopped buying the old versions of the products — Apple’s two most popular Macs — hurting that category.

The Cupertino, California-based company is planning a slew of new Macs over the next several months, including high-end MacBook Pros, an iMac, upgraded Mac minis and a revamped Mac Pro, Bloomberg has reported.

The iPad, which was a strong performer at the height of Covid-19 lockdowns, has been slipping back toward pre-pandemic levels. Still, it generated $7.22 billion last quarter, above the $6.93 billion estimate. The company last updated the iPad in March with a new iPad Air model with an M1 chip. And it’s planning faster iPad Pro models for later this year.

The ongoing Covid restrictions in China have sparked concerns about the effect on consumer spending. In a sign that Apple has had to get more aggressive in that market, it’s currently cutting the price of the iPhone, Apple Watch and AirPods in China for a few days as part of a rare sale.

Apple generated $14.6 billion from the country in the third quarter, down from a year earlier but better than analysts had projected.