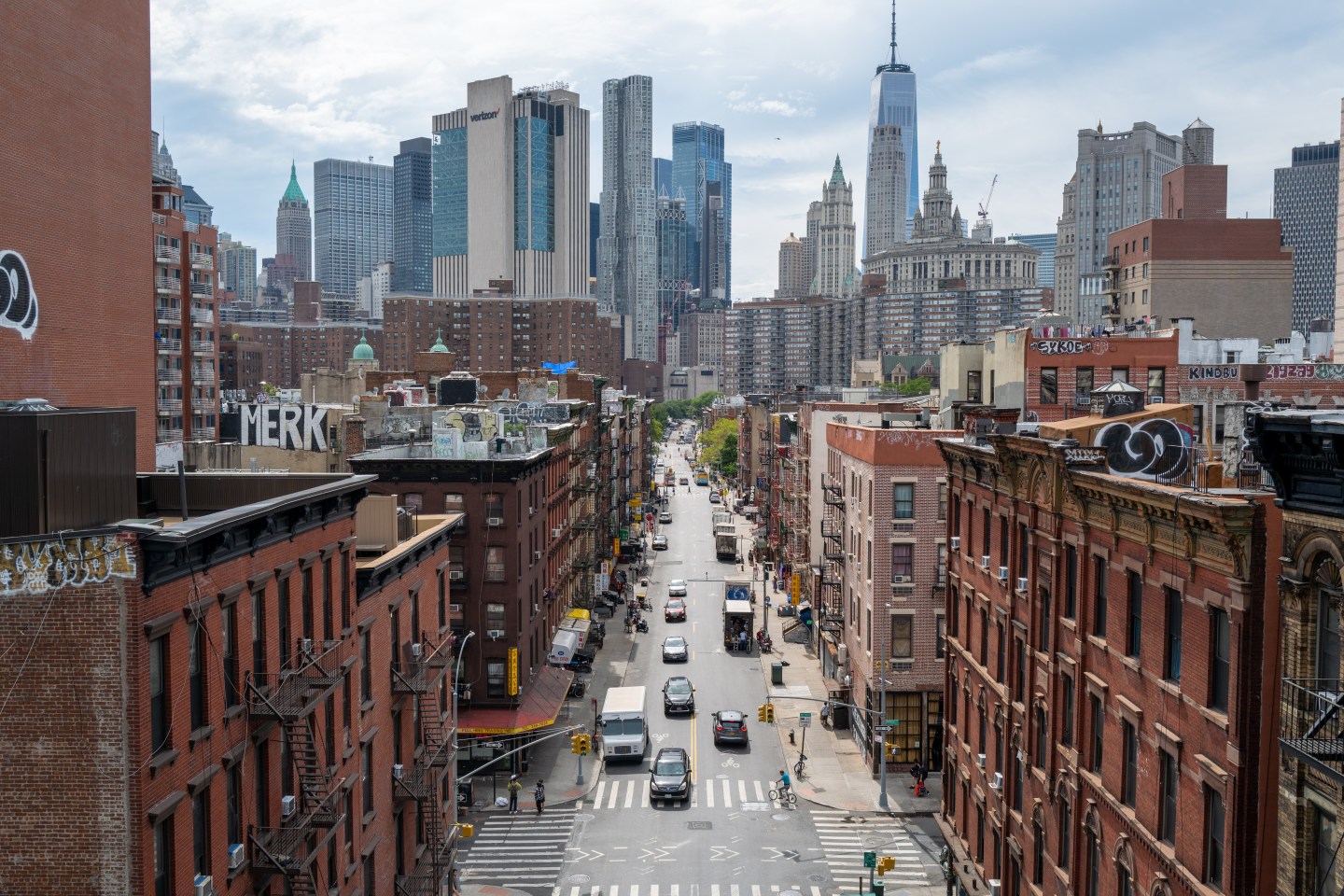 New York City remained the most expensive city in the U.S. for rentals in July, with the median cost of a one-bedroom apartment in the city coming in at $3,780, according to Zumper’s National Rent Index.
Spencer Platt—Getty Images

American renters are being hammered by inflation, according to a new report, with prices in several U.S. cities surging by around 40% in the last 12 months—but with a recession on the horizon, one housing analyst, says swaths of tenants could be about to make drastic lifestyle changes to cut their housing costs.

New York City remained the most expensive city in the U.S. for rentals in July, with the median cost of a one-bedroom apartment in the city coming in at $3,780, according to Zumper’s National Rent Index.

The ranking, published by the rentals search site on Tuesday, included data from the 100 most populous U.S. cities.

It showed that more than half of the 10 most expensive cities for renters were in California, with San Francisco and San Jose named the second and third most costly locations respectively.

Boston and Miami rounded out the top five.

The nationwide median price of a one-bedroom apartment was $1,450, according to Zumper’s data—marking an 11.3% increase from a year earlier and an all-time high for the company’s index.

Rises not just in coastal cities

Over the last month, Greensboro, N.C., and Providence saw the most rapid growth in rental prices, according to Zumper.

The company noted that prices throughout Tennessee and North Carolina had been steadily trending upward for two years, as renters continued to migrate to those states in a quest to find “more space and a friendlier cost of living.”

When it came to comparing longer term price growth among cities, New York took the crown with a year-on-year change of 41% for the median one-bedroom apartment.

Tulsa recorded a 40.6% cost increase for one-bedroom rentals from a year earlier, while prices in Miami rose by 39.7% in the same period.

Meanwhile, rental prices in San Francisco were said to be slowly returning to pre-pandemic levels following “a prolonged slump,” with the price of a one-bedroom apartment the highest it’s been since July 2020.

In the U.S., the consumer price index rose by 9.1% in June from a year earlier, marking the biggest annual increase in inflation in more than 40 years.

Mortgage rates have already jumped this year, and with the Federal Reserve tightening monetary policy, the housing market is expected to experience a so-called “housing recession.”

The U.S. housing market has already begun to experience a sharp slowdown—pushing many would-be buyers out of the market and creating additional demand for rentals, according to Zumper.

While demand and undersupply push prices higher, fears of a looming recession are forcing many renters to make lifestyle changes so that they no longer have to throw away huge chunks of their income on housing, Zumper’s analysts said Tuesday.

“Rent prices will keep climbing across much of the country, but the stratospheric price hikes we saw throughout much of the pandemic will likely slow as consumers continue to tighten their wallets,” Anthemos Georgiades, the company’s CEO, said in a statement.