Nuclear power was already stigmatized. Heatwaves are shutting down plants and making it worse 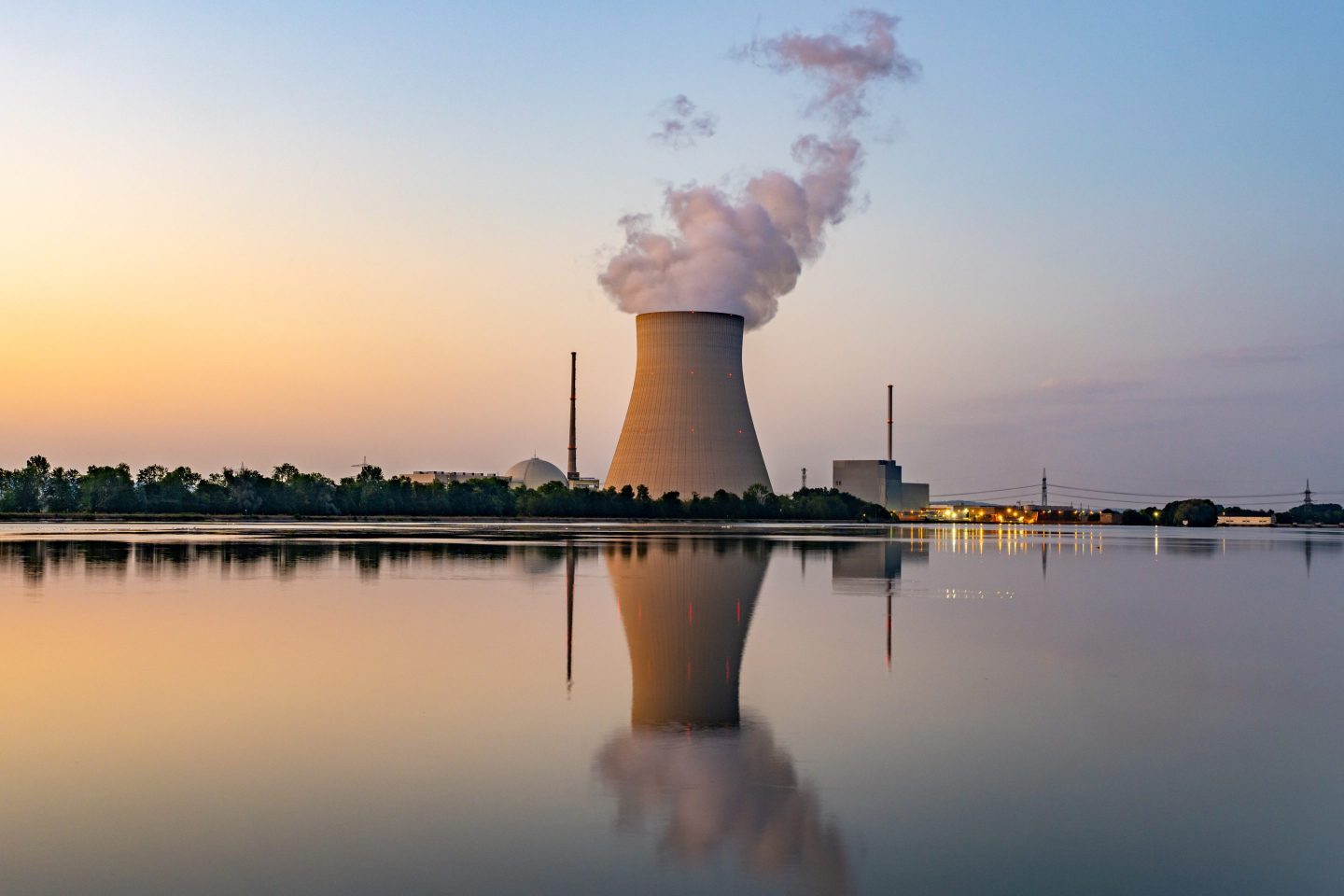 The 2011 Fukushima disaster in Japan, when a major earthquake launched a tidal wave into the eastern seaboard and flooded a nearby nuclear plant, spooked nuclear naysayers into pushing harder for governments to abandon the seemingly dangerous power source—an understandable but flawed reaction.

The scene of disaster and the death toll left in the wake of Fukushima was scary, but neither were caused by nuclear meltdown. The deaths were due to the earthquake and floods; zero deaths were due to radiation. If anything, the Fukushima disaster highlighted the need to better protect nuclear power plants against natural disaster.

Nuclear power plants create electricity by using nuclear energy to evaporate water into steam, which in turn drives turbines. To cool the steam before it’s released into the atmosphere, and to cool the fluid in the heating coils wrapped around the core, the plants also suck up large quantities of fresh- or seawater to use as a cooling system.

Ordinarily, the regulation isn’t much of an issue but, during a heat wave, the water at the discharge site is already hotter than normal, which means nuclear power plants have started to bump against that regulatory threshold and are being forced to shut down. (Warmer waters also makes the cooling system less efficient, which hobbles power plants and prompts generation reduction, too.)

Regulators can, and sometimes do, grant power plants temporary reprieves during extreme events like heat waves and increase the maximum threshold on water temperatures. But, with temperatures rising, the long-term fix is to boost investment in designing more efficient cooling systems (ones that require less water) and in installing more renewable energy to take the load off of centralized power plants.

The good news about nuclear, at least, is that it won’t exacerbate the climate crisis the same way that other thermal power plants will. Nuclear power is an efficient and, relatively, clean means of generating electricity that is vital to the transition to net-zero carbon emissions.

The International Energy Agency (IEA) outlines that nuclear power capacity should double between 2020 and 2050 in order to achieve net-zero by midcentury. Natural gas, however, needs to plummet 90% by 2040.

Germany is being forced to reckon with that shift in real time. Russia’s squeeze on Europe’s natural gas supplies (see below) is prompting Germany to reconsider a decade-old plan to shut down its last existing nuclear power plants, which are due for decommission at the end of this year a decision made in the wake of Fukushima.

If you’re a fan of obscure sorrows, here’s another for you: solastalgia, the “loneliness of being estranged from home,” as Madeline Ostrander puts it. Ostrander, in an excerpt from her upcoming book, is defining a term coined in the early 2000s by Australian philosopher Glenn Albrecht to describe the sense of loss at seeing his homeland desecrated by mining and, later, by climate change. Today, more common terms for the sentiment might be eco- or climate-grief. The Atlantic

Singapore’s sovereign wealth fund, GIC, says setting net-zero targets aren’t helpful in its fight against climate change. GIC CEO Lim Chow Kiat says setting a net-zero target would only encourage the fund to dump fossil fuel stocks, leaving them in the hands of less scrupulous shareholders. The $799 billion asset manager—that’s an estimate; GIC doesn’t publish its volumes—says it would rather work with portfolio companies as they transition to greener practices. But GIC isn’t alone in this thought. While private asset managers have lined up to make net-zero pledges, many of the world’s sovereign wealth funds, controlling a combined $10 trillion in assets, are holding out. Bloomberg

The recent heat wave in the U.K. delivered temperatures that, five years ago, the meteorological office warned would be reality by 2050—not 2022. But the heat waves sweeping across Europe and the world don’t necessarily mean that our models for predicting climate change are off or are underestimating the speed of change. In fact, global average temperature rises have been incredibly in-line with projections made from scientific models. But those projections don’t account for regional phenomena and it’s too soon to say whether the recent blistering temperatures are expected spikes in an otherwise steady heating process, or evidence that the world is cooking faster than we expected. MIT Technology Review

Six congressional staffers were arrested on Monday after a group staged a sit-in at Senate Majority Leader Chuck Schumer’s office. The sit-in was a protest intended to urge Schumer to “reopen negotiations on the climate reconciliation package...and pass climate legislation.” Negotiations on the package were abandoned last week after Sen. Joe Manchin refused to support a bill on climate change that he had spent a year slimming down through negotiations. The Guardian

People of color in the U.K. are four times as likely to live in areas most vulnerable to heat waves, study finds by Bloomberg

European gas prices soared 30% in the past two days, with futures hitting $213 per MWh, in anticipation of Russia squeezing supply lines even tighter. The state-owned Gazprom announced Monday it would slash capacity along its mainstay Nord Stream 1 pipeline into Europe in half starting Wednesday, bringing the volume of gas transported along the pipe to a fifth of its pre-war average. Gazprom says the reduction is due to a failure at one of the turbines that pumps gas though the pipeline. Western sanctions, Gazprom says, have prevented the Russian operator from sourcing parts necessary to maintain its equipment.