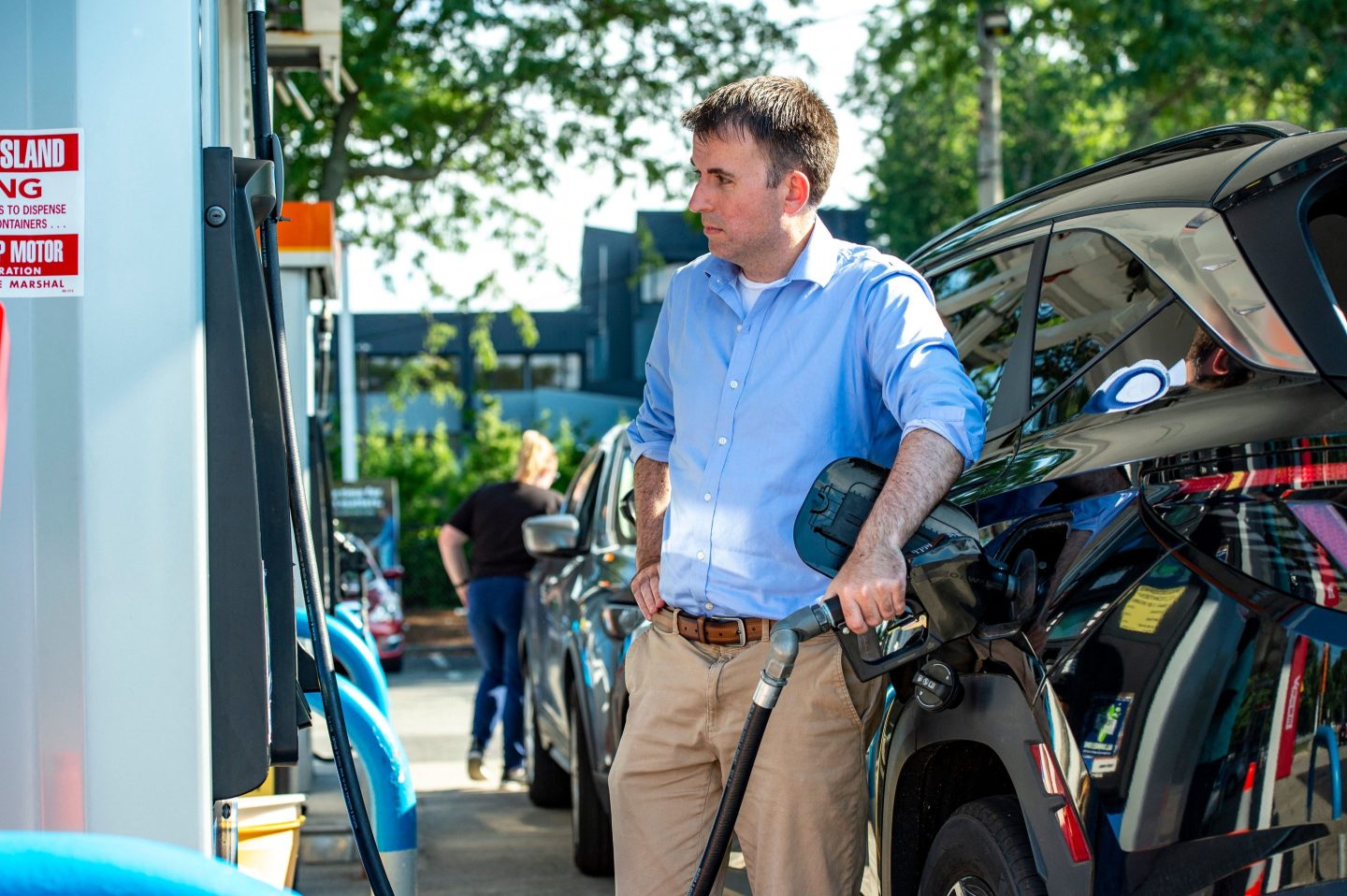 A driver pumps gas into their vehicle at a Gulf gas station, which is selling regular gas at $4.09 a gallon, in Lynnfield, Massachusetts, on July 19th.
Joseph Prezioso—AFP/Getty Images

Economists have a term for when prices rise too high for people to keep spending: “demand destruction.”

The idea is that when the price of a given product remains elevated above historical norms for an extended period of time, it literally destroys the demand for that product.

Look no further for modern-day demand destruction than U.S. gasoline prices, which peaked at over $5 per gallon on June 14. Even though they’ve dropped 13% since then to just $4.32 this week, the signs of demand destruction are everywhere.

President Biden took to Twitter to celebrate the drop in gas prices on Monday, noting that the average American family is now saving $70 per month on gas compared to when prices were at their peak.

What he didn’t mention was that gas prices are still up nearly 37% since this time last year, when the national average for a gallon of regular gas stood at just $3.15. And the dramatic increase in prices over the past year has changed many drivers’ lifestyles.

Some 64% of Americans said they have changed their daily routines since March due to rising gas prices, and 23% admitted to making “major changes,” according to a new survey from the American Automobile Association (AAA).

Only 2% of consumers said they made the switch to an electric vehicle to cope with rising gas prices, while 13% said they bought a more fuel-efficient car, and 16% said they are now carpooling with friends or neighbors.

AAA’s survey was conducted between June 23 and 27 and included 1,002 American adults. In a report accompanying the survey release, AAA said that it expects gas prices to remain “volatile for the foreseeable future,” and that consumers should expect to pay “higher prices than in previous years.”

The reduction in spending on gas from Americans could be a sign of demand destruction.

Jay Hatfield, the founder, CEO, and portfolio manager of the investment management firm Infrastructure Capital Partners, told Fortune in March that demand destruction would keep gas prices from remaining above $5 per gallon nationally, and AAA’s survey was the first evidence of that trend.

As Americans grapple with four-decade-high inflation that’s affecting prices in everything from coffee to rent, their confidence in the economy is falling, leading them to pull back on spending.

Consumer confidence, as measured by the University of Michigan, hit a record low in June. And on Tuesday, the Conference Board’s July Consumer Confidence Index showed a decline for the third straight month.

“Looking ahead, inflation and additional rate hikes are likely to continue posing strong headwinds for consumer spending and economic growth over the next six months,” Lynn Franco, senior director of economic indicators at the Conference Board, said in a statement after the report.