Climate deniers are like the Uvalde police ‘waiting outside an unlocked door while the children were being massacred,’ Al Gore says 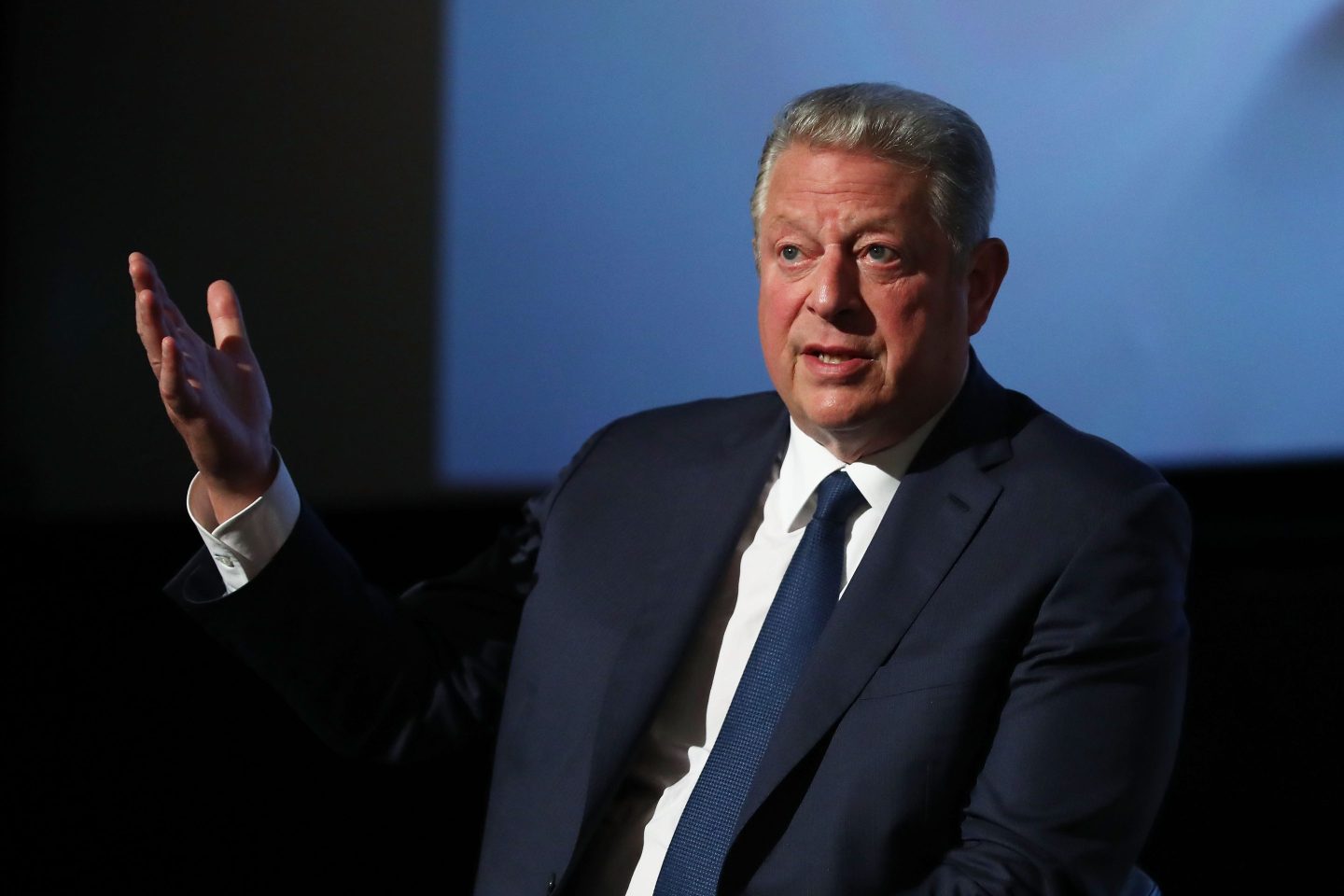 Al Gore speaks during a Q&A following a special screening of "An Inconvenient Sequel: Truth to Power" at Event Cinemas Bondi Junction on July 10, 2017, in Sydney, Australia.
Brendon Thorne—Getty Images for Paramount Pictures

Climate-change deniers share similarities with law enforcement officials who failed to respond to a crisis in process in a timely manner, former Vice President Al Gore said Sunday on NBC’s “Meet the Press.”

“Climate deniers are really in some ways similar to all of those almost 400 law enforcement officers in Uvalde, Texas, who were waiting outside an unlocked door while the children were being massacred,” Gore said.

“They heard screams, they heard the gunshots, and nobody stepped forward,” he said, adding that the U.S. is “failing to walk through the door and stop the killing.”

The more than 350 law enforcement personnel responding to the May 24 mass shooting at Robb Elementary School in Uvalde, Texas, have come under intense scrutiny after it took them over an hour to enter classrooms where children and teachers lay wounded.

In all, nineteen students and two teachers died in what became Texas’ deadliest school shooting. It’s unknown how many lives, if any, could have been saved by a quicker response. Some victims perished after eventually being evacuated from the classroom.

“I wish the scientists had been wrong in their predictions going back decades,” Gore, a long-time climate change activist, told host Chuck Todd.

“The fact is that they were dead right, if not a little bit conservative in some of the impacts that are occurring more harshly and more frequently than predicted. And because they were, we should listen more carefully.”

“It’s due to get much, much worse, and quickly.”

Gore’s statements were made as a wildfire near Yosemite National Park in California burned out of control, morphing into one of the state’s biggest blazes of the year and forcing thousands to flee, according to the Associated Press.

Scientists have warned that weather will become increasingly extreme and wildfires more frequent, destructive, and unpredictable, as the West has become significantly warmer and drier over the past three decades, the AP reports.

Humans, however, “have the ability to stop temperatures from going up,” Gore said.

“If we got to true net zero, the temperatures on earth would stop going up with a lag time of as little as three to five years, almost as if we’d flipped a switch,” Gore said.

“And if we stayed at true net zero, half of the human-caused CO2 emissions would fall out of the atmosphere in as little as 25 to 30 years. We have the solutions available, but we need to deploy them quickly.”