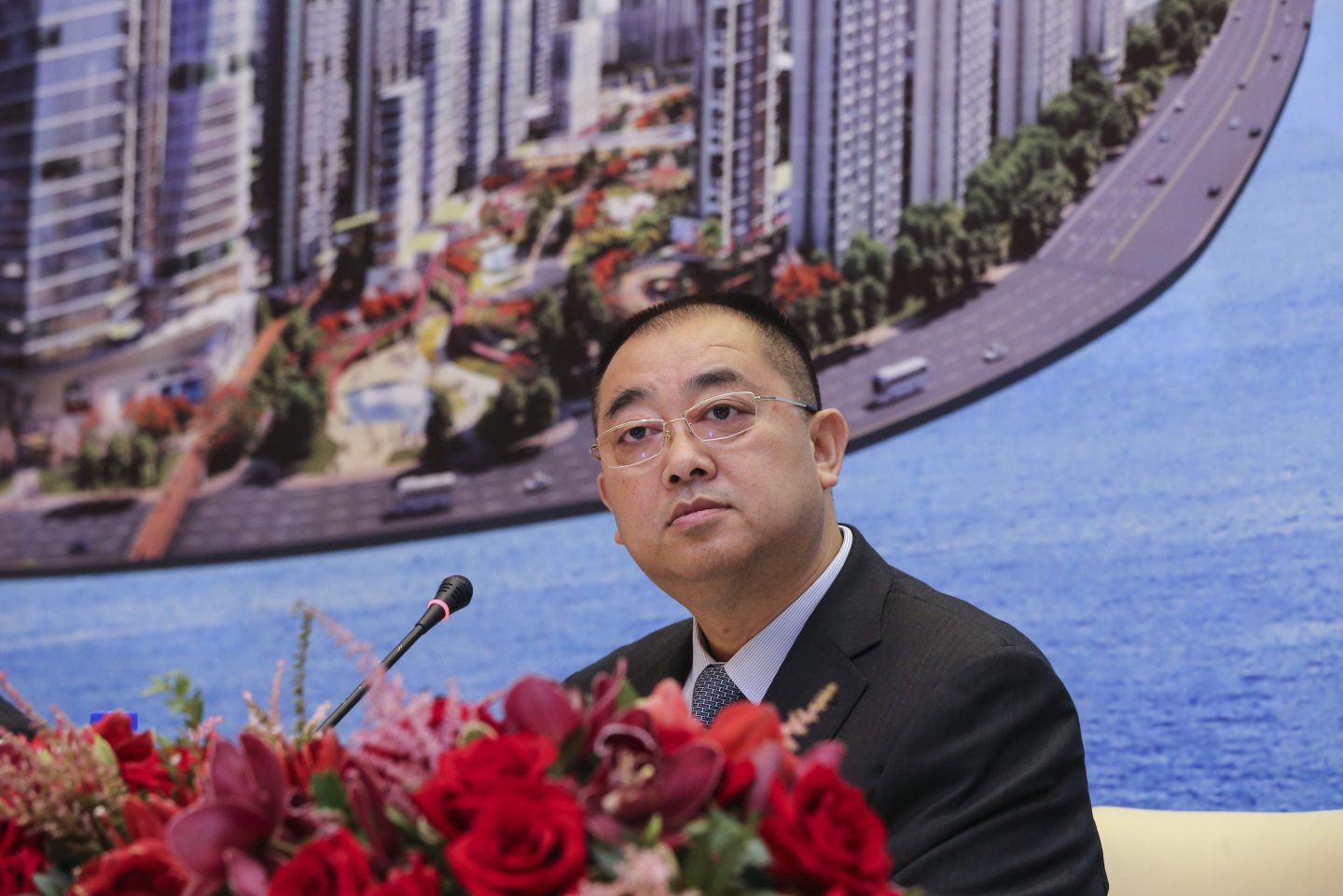 The troubles are far from over for China’s Evergrande, the embattled property developer that’s become the poster child for the country’s real estate crisis.

Evergrande CEO Haijun Xia and CFO Darong Pan have resigned as the company continues to investigate how banks unexpectedly seized $2 billion from its property services unit, one of the company’s key subsidiaries, according to a Bloomberg report. Evergrande said in a Friday regulatory filing that it received information about the executives’ involvement in arranging the bank deposits that had been pledged as collateral, and that the board asked Xia and Pan and another executive to resign.

Highly-indebted Evergrande in March hired a group of law firms and accountants to help it conduct its internal probe of how banks took control of the deposits at its subsidiary Evergrande Property Services Group, which provides property management services and was considered to be among the distressed company’s stronger divisions. Evergrande said in a statement to the Hong Kong Stock Exchange that month that the money seized was being used as “security for third-party pledge guarantees” without offering further details such as who the third-party was or which banks had seized the money.

The loss wiped out the bulk of the property services unit’s cash holdings.

The investigation is “peculiar, because investors expect Evergrande management [to] be aware of where the cash went, rather than…setting up an investigation committee to find out,” according to Bloomberg Intelligence analyst Andrew Chan.

One group of suppliers sent a letter to Evergrande’s Hubei office on July 15 stating that they decided to “stop paying all loans and arrears, and advise our peers to decline any requests to be paid on credit or commercial bill.” They added that “Evergrande should be held responsible for any consequence that follows because of the chain reaction of the supply-chain crisis.”

In China, homebuyers pay upfront for unbuilt apartments. Property developers are reliant on this presale cash to fund construction. But in recent years, the authorities began reining in developers’ debt to de-leverage China’s property sector and curb housing speculation. Evergrande became the country’s most indebted developer with $300 billion in liabilities through excessive borrowing to aggressively fund its expansion. It also spent money on buying a Chinese soccer team and a bottled water project. Evergrande recently launched its first electric vehicle, and has said it aims to produce 1 million cars by 2025.

Xia served as Evergrande’s CEO since 2007, and Pan became CFO in 2016 but also served as vice president of the company since 2006. Xia held 0.26% of the developer’s shares, and received $32 million in compensation in 2020, compared to Evergrande’s founder and former chairman Hui Ka Yan, who held 71% of the company’s shares and stepped down last year.

Evergrande is now undergoing a massive and complex debt restructuring, but has failed to reach a consensus with its international bondholders over the process. The Chinese developer set a target to announce a restructuring plan by the end of July.