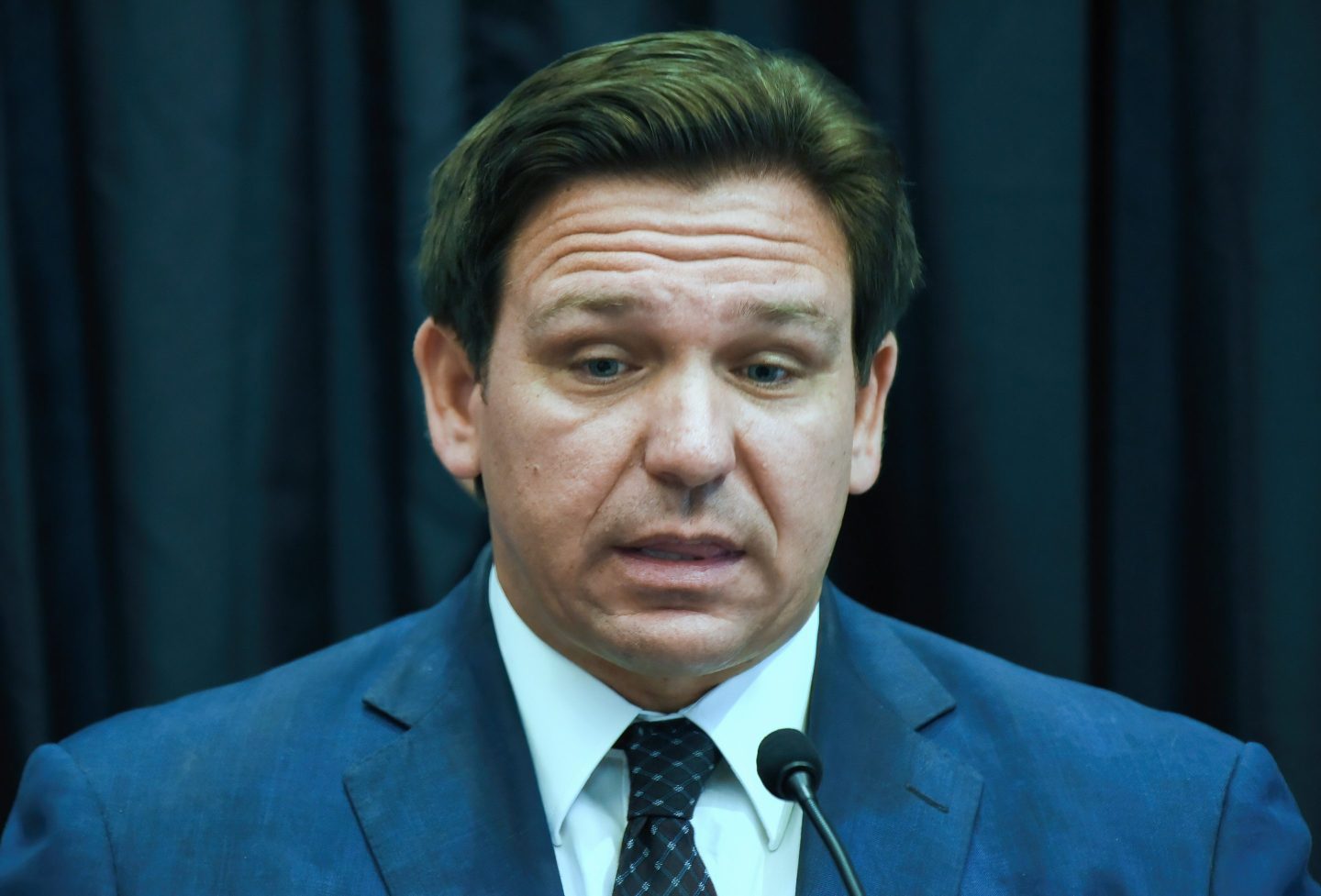 “You cannot print trillions and trillions of dollars and expect there not to be some effect on the back end,” Florida Gov. Ron DeSantis said at a news conference in late March.

“Even Keynesian economics would say if you spend and print, spend and print, that is going to drive up the cost of everything, and so that’s what we’re seeing,” he added, referring to the legendary economist John Maynard Keynes, who, besides literally writing the book on stimulus spending, said over 100 years ago that “there is no subtler, no surer means of overturning the existing basis of society than to debauch the currency.”

But also, as DeSantis noted, the 40-year-high inflation that Floridians are experiencing in 2022 is really a problem.

Last week, DeSantis announced a new strategy “​​to offset the costs of rising inflation.” Especially on the brink of a new school year, he said, “the State of Florida is giving you $450 for each child in your care,” DeSantis wrote in a letter accompanying the checks. “This one-time payment can be used for anything from buying diapers to fueling up at the pump.”

Where does this money come from? In part, the very same stimulus DeSantis derided for its supposed inflationary impact. The governor will use $35.5 million that Florida received from federal COVID-19 relief funds to mail checks to nearly 59,000 foster and adoptive families in the state, First Lady Casey DeSantis announced last week.

“The American Rescue Plan Act created a $1 billion fund to assist needy families affected by the pandemic within the TANF program,” Laura Walthall, a spokesperson for the Florida Department of Children and Families, told Fortune. “The one-time payments ensured that $35.5 million would be received by Florida families. Had these awards not been made, the funding would have otherwise reverted back to the federal government.”

When Christina Pushaw, a spokesperson for DeSantis, notified Floridians about the letters on Twitter, some pushed back, asking if the checks would make inflation worse, based on the governor’s prior logic. Pushaw denied that the state’s stimulus payments would contribute to inflation.

“The federal government causes inflation by deficit spending. Stimulus checks were part of that. By contrast, the budget surplus in Florida is at the state level and it’s already money in existence, we do not print money here,” Pushaw tweeted. “So—no, it doesn’t cause inflation.”

Her defense did not alleviate all concerns, and some people followed up by arguing that the payments could still be inflationary because money in a budget surplus is not in circulation the same way a cash injection directly into residents’ pockets is.

DeSantis’s office did not respond to Fortune’s request for comment.

Checks have already been mailed directly to eligible families, who should receive them within the next seven days, the Florida Department of Children and Families told Fortune.

No application was necessary to receive the checks, as was the case with previous COVID-19 relief payments. Eligible recipients include foster parents, relative and non-relative caregivers, and participants in the Temporary Assistance for Needy Families cash assistance program and the Guardian Assistance Program, according to the department.

Florida is among several other states, including California and Colorado, that are issuing stimulus or tax rebate checks this summer to lessen the burden of inflation on their residents. At least 10 states have also stepped in to give refundable credits or deductions to families with children after the federal child tax credit expired last year. In March, DeSantis approved another year of $1,000 bonus checks for first responders.