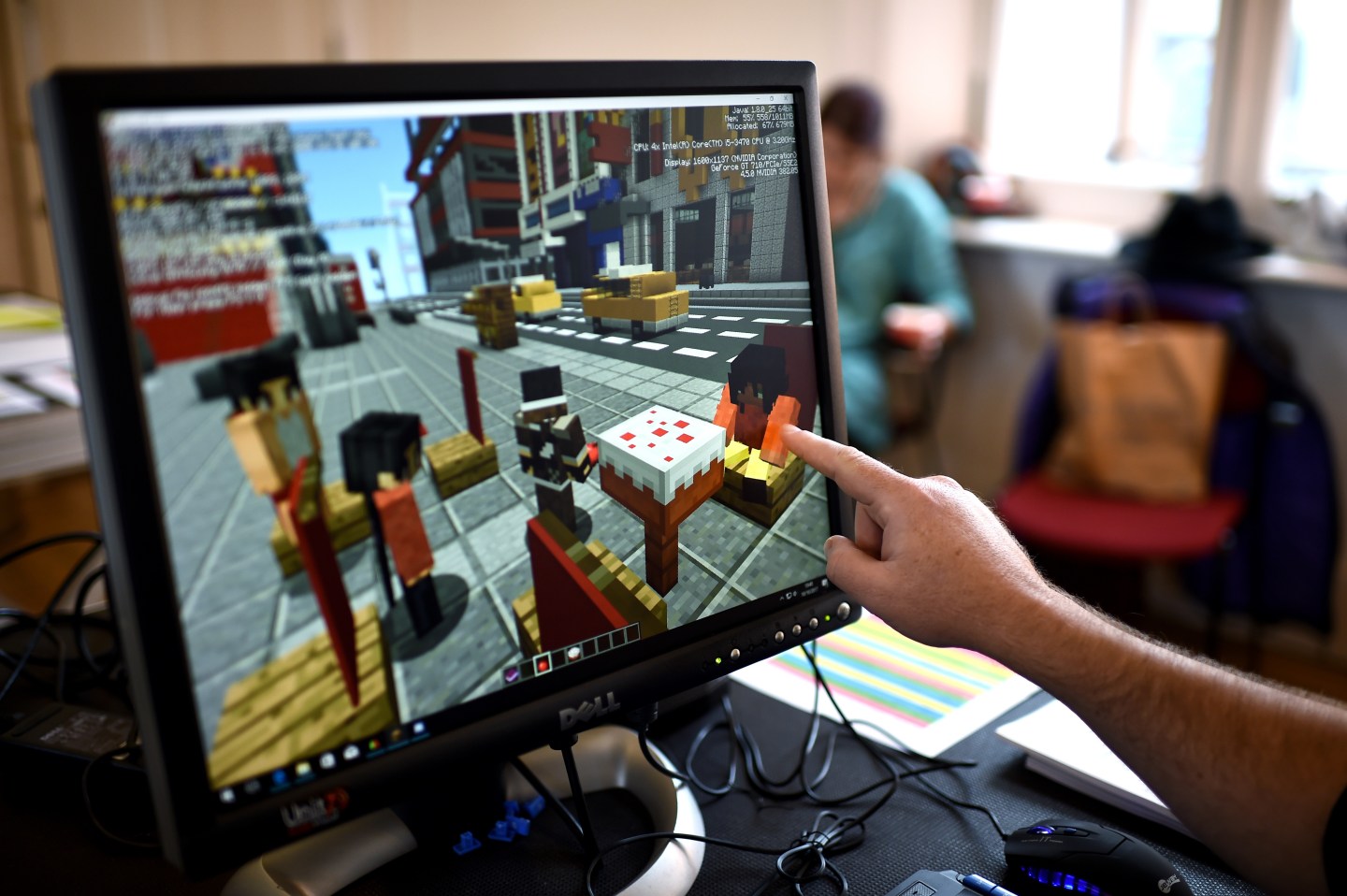 Minecraft—one of the best-selling video games of all time—will no longer welcome NFTs and blockchain technology on its servers, citing concerns that the technology could lead to a culture of exclusivity and profiteering.

NFTs, or non-fungible tokens—unique digital assets, often in image or video form—have been turning heads in the gaming world recently. Later this year, Epic Games—the developer behind the battle royale Fortnite game—will be releasing its first game powered by blockchain, the technology that supports NFTs. And earlier this month, video game retailer GameStop launched a much-awaited NFT marketplace online that generated over $7 million in sales in its opening week.

But Minecraft’s refusal to even accept NFTs on its platform might be a signal that not everyone in gaming is buying into the NFT hype.

Minecraft turns away from NFTs

As of Wednesday, NFTs and the blockchain technology they run on are no longer permitted in Minecraft’s procedurally generated open world, the game’s developers at Mojang Studios announced in a blog post.

“To ensure that Minecraft players have a safe and inclusive experience, blockchain technologies are not permitted to be integrated inside our client and server applications, nor may Minecraft in-game content such as worlds, skins, persona items, or other mods, be utilized by blockchain technology to create a scarce digital asset,” the developers wrote.

It isn’t the first time Minecraft’s developers have expressed disapproval for NFTs. In April, a group of developers including several Mojang representatives launched a pledge urging gaming studios to reconsider implementing NFTs due to their heavy environmental impact.

In their most recent criticism, Mojang developers identified several cases where NFTs have encroached on Minecraft’s servers, including NFTs made by external companies that are ”associated with Minecraft world files and skin packs,” or NFTs being used as incentives to guide players’ actions in-game.

Mojang’s main gripe with NFTs is that the technology can create “models of scarcity and exclusion” on the platform, as NFTs are by their very nature unique and scarce, leading to a user experience that would “conflict” with Minecraft’s guidelines and values.

“NFTs are not inclusive of all our community and create a scenario of the haves and the have-nots,” the developers wrote, adding that NFTs could lead to a less joyful gaming experience for users, who might be pressured into focusing more on profits and making money rather than playing the game.

Since first hitting the mainstream market little more than a year ago, NFTs have blown hot and cold, as for seemingly every user to become an overnight millionaire, many more have fallen victim to scams or fraudulent sales involving NFTs.

In its statement, Mojang expressed concern that third-party NFTs could be unreliable and highly risky ventures for Minecraft users, highlighting evidence of NFTs being sold for artificially high prices.

But while the game developers said that there are “no plans” of implementing blockchain or NFTs at the moment, they did not shut the door on NFTs permanently.

Mojang said it would pay “close attention to how blockchain technology evolves over time to ensure that the above principles are withheld and determine whether it will allow for more secure experiences or other practical and inclusive applications in gaming.”

Mojang isn’t the only gaming studio to behave cautiously around the future of NFTs and gaming.

Late last year, French developer Ubisoft made waves with the release of its NFT platform for its best-selling games, which would allow players to purchase in-game content as NFTs. But the release was widely criticized by both gamers and Ubisoft employees, and the company shut the platform down last April.

The recent experiences of game developers with blockchain technology is giving other studios like Mojang reason to reconsider. The hugely popular Axie Infinity, a “play-to-earn” game powered by cryptocurrencies and NFTs, suffered a phishing hack earlier this year leading to $540 million in losses. In March, Tim Morten, cofounder of gaming developer Frost Giant Studios, told Wired that NFTs in gaming were close to being a “pyramid scheme.”