China just put foreign banks on notice: Creating an internal Communist Party committee could be the cost of doing business 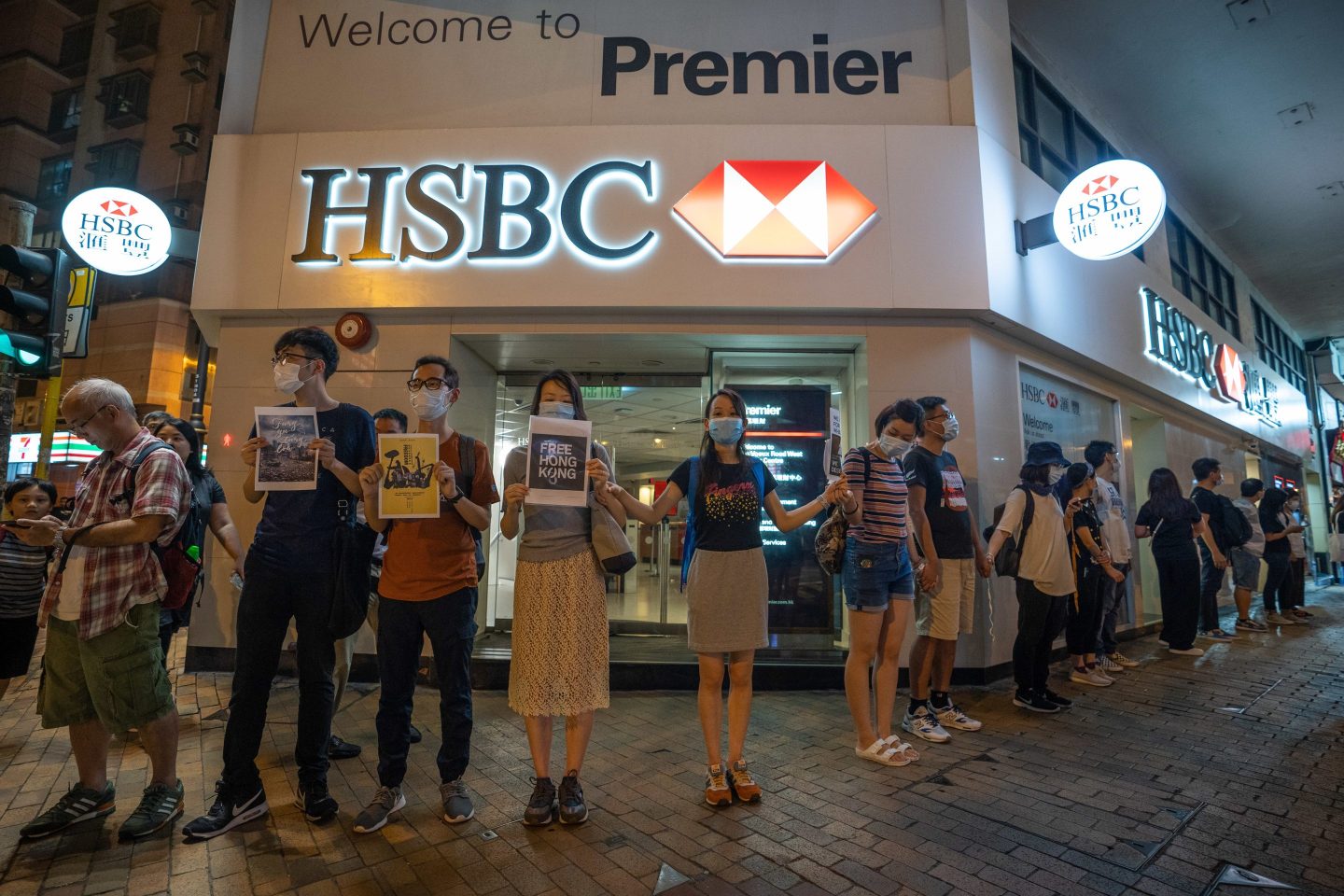 One of the world’s biggest banks, and Europe’s second-largest lender, is showing that it’s playing by China’s rules.

London-headquartered HSBC has become the first international bank to establish a Chinese Communist Party (CCP) committee, according to a new Financial Times report. China’s companies law requires firms to set up CCP committees, but this rule has been loosely enforced among global financial institutions—until now.

HSBC’s move could pave the path for other global lenders to follow suit, and underscores the delicate line that China-based foreign banks are now toeing between Beijing and the West.

The first, but probably not the last

In China, company employees can initiate CCP committees, which are typically made up of three or more staff. The committees have two functions: to act as a workers’ union, and to facilitate installing a party representative to a company’s top ranks.

HSBC is unlikely to offer its CCP committee any management role in the company, unlike China’s state-owned enterprises (SOEs), which are mandated to appoint a party secretary to serve as board chairman. SOEs must also establish CCP committees to facilitate party activities and advance government policies.

Following the report, HSBC released a statement noting that CCP committees are “common” in mainland China-based companies. “Management has no role in establishing such groups” and these committees exert zero influence on the direction of the business, nor hold any formal role in the business’s day-to-day operations, it added. The bank did not confirm whether its China investment bank had set up the committee. HSBC did not respond to a Fortune request for comment.

HSBC’s actions could pave the way for other foreign lenders in China to do the same. In the last two years, global lenders have begun taking full ownership of their mainland operations, leading them to explore whether they must abide by the law to initiate a CCP committee, according to the FT. “There was an internal email that said we might need to do something, but for the time being…it’s not yet compulsory,” the Asia head of one global bank told the publication.

In 2020, China scrapped foreign ownership limits for financial institutions. Previously, foreign financial firms were only allowed to hold a 51% stake in their Chinese joint ventures (JV). HSBC increased its stake in its China brokerage JV to 90% from 51% in April. Six other global lenders control their investment banking operations in the mainland, including U.S. banks Goldman Sachs, JPMorgan Chase, and Morgan Stanley, alongside European lenders UBS, Credit Suisse, and Deutsche Bank.

HSBC is on the “right side” in setting up the CCP committee, a person with knowledge of its decision told the FT. “You don’t second-guess the authorities in China. Any American bank who isn’t doing the same is playing a dangerous game.”

Though headquartered in London, HSBC’s focus is largely on Asia. The region, especially China and Hong Kong, accounts for the majority of the bank’s profits.

Last year, the British lender shifted the heart of its operations to Asia, when it moved four senior executives leading its commercial banking, personal banking, and asset management divisions, from London to Hong Kong. These departments account for nearly all of the bank’s revenues.

Asia-Pacific is “central to [our] future growth, investment, and innovation. I want more of our global executive team to be located in key growth regions,” including China, Southeast Asia, and India, HSBC CEO Noel Quinn said at the time.

Yet as HSBC doubles down on its Asia strategy—it’s investing an additional $6 billion in the region until 2026—it has become increasingly ensnared in the geopolitical crossfire between China and the West.

In the last couple of years, HSBC has weathered a barrage of criticism from U.S. and U.K. lawmakers over its public support for Beijing’s enactment of the national security law in Hong Kong—a response to the city’s mass pro-democracy protests that began in 2019. HSBC said at the time that it “respect[s] and support[s] laws and regulations that will enable Hong Kong to recover and rebuild the economy.” Western policymakers accuse HSBC of freezing the accounts of Hong Kong activists and have asked the bank to justify its actions—and whether it did so at the behest of Hong Kong or Beijing.

This May, China’s largest insurer, state-run Ping An—HSBC’s biggest shareholder—called for the bank to be split into “east” and “west” units. Ping An’s suggestion highlighted HSBC’s vulnerability at being caught between Beijing and Washington. One source close to HSBC told the FT that such a move could allow HSBC more breathing room by creating a “China-friendly bank in Asia, and a U.S.-friendly bank everywhere else.”