43% of Americans plan to go into debt soon, even as it gets more expensive 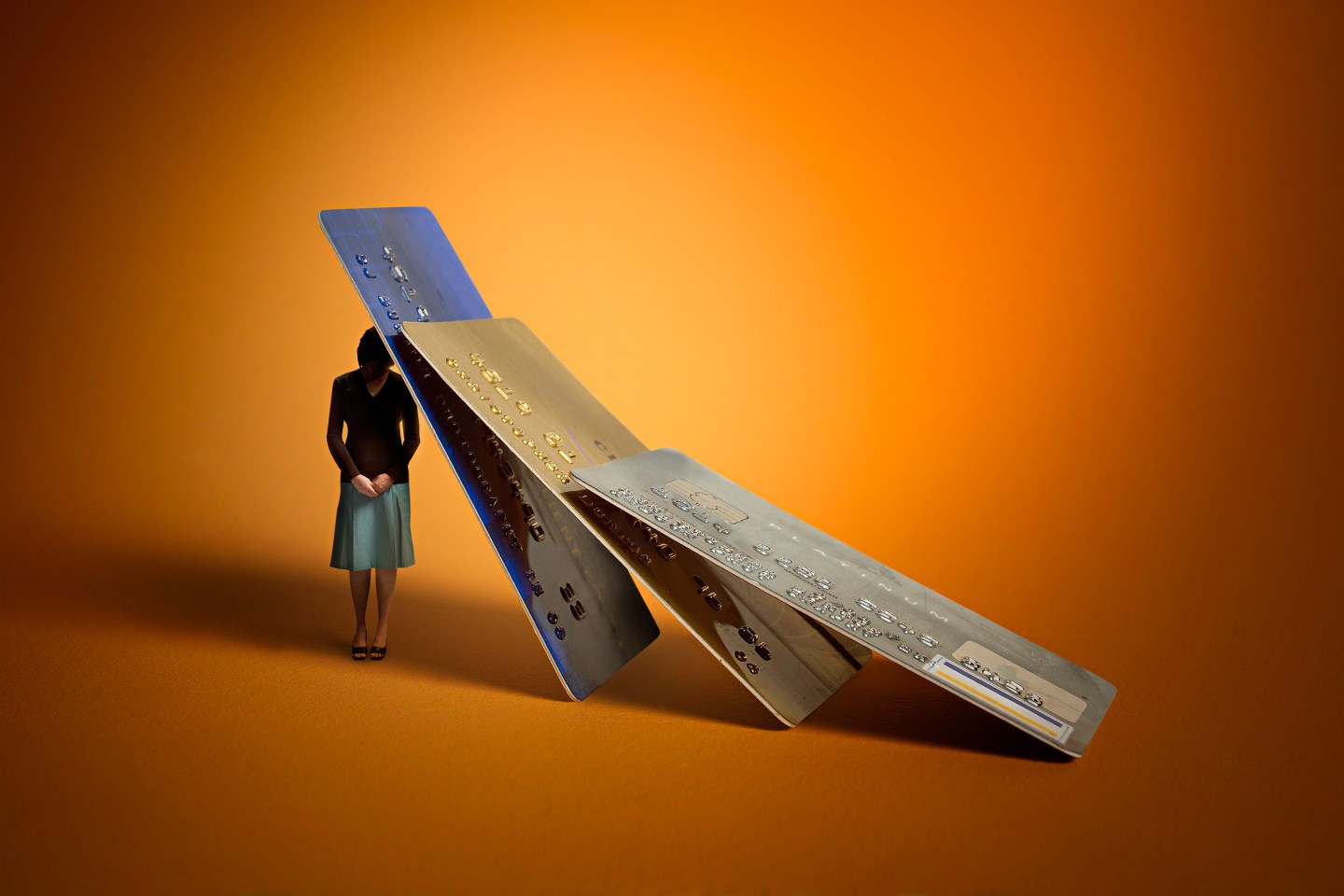 Credit card debt has a hold on 70% of Americans. Experts weigh in on how to pay off the debt.
C.J. Burton—Getty Images

The cost of borrowing is increasing, but Americans aren’t slowing down their spending.

Forty-three percent of Americans expect to take on new debt in the next six months, according to a new LendingTree survey that polled over 1,000 U.S. consumers. But Americans aren’t spending frivolously: most are going into debt over necessities like a house or car (30%), unexpected emergencies (26%), and healthcare expenses (25%).

It’s not good timing. The Federal Reserve raised the federal funds rate by three-quarters of a percentage point in an attempt to tame the worst inflation since the early 1980s. Lenders raised their rates as well, making borrowing more expensive in an attempt to halt Americans’ extra spending.

This means that those who don’t plan to curb spending could face a higher credit card bill in the next half of the year if they carry a month-to-month credit balance. It may take one to two billing cycles to see the effect of the increase in the Annual Percentage Rate (APR), which is the yearly interest rate paid by consumers, reports LendingTree’s chief credit analyst Matt Schulz.

Millennials (56%) and Gen Zers (55%) expect to take on more debt in the second half of 2022 than older consumers, the survey found. Less than half (41%) of Gen Xers expect to accumulate debt, and only 21% of baby boomers do. This generational gap could be due to a fifth of Gen Zers taking on student loans in the fall semester.

But student debt only accounts for 20% of debt owned by Americans, according to the survey. Credit card debt is the largest debt category at 70%, but it often has high interest rates and low minimum payments, causing Americans to shell out a lot of interest over time.

Consider a balance of $5,000 on a credit card with 18% interest and a minimum payment of $100. By making only the minimum monthly payment, it would take seven years and 10 months to pay off the balance and an additional $4,311.11 in interest.

The interest payment nearly doubles the amount owed to credit lenders. That’s likely why only 23% of Americans surveyed say they choose to tackle debt by only paying the minimum balance.

Almost half of respondents preferred sticking to a strict budget to avoid paying high interest. Over a third say they put all of their extra funds towards paying down their debt, also known as the debt avalanche repayment method.

When paying down debt, experts say starting with a budget can help you gain a handle on your household finances. Once you know how much money is coming in and out, you can start setting aside funds for savings and eliminating debt. But it’s also important to surround yourself with a support system because frankly “paying down debt sucks,” says Schulz.

Borrowers can avoid falling into debt over the next six months by budgeting for emergency expenses, waiting to take on new debt like a car or mortgage loan, and continuing to pay off credit card bills in full each month. Breaking a debt cycle can be difficult, but it is not impossible.