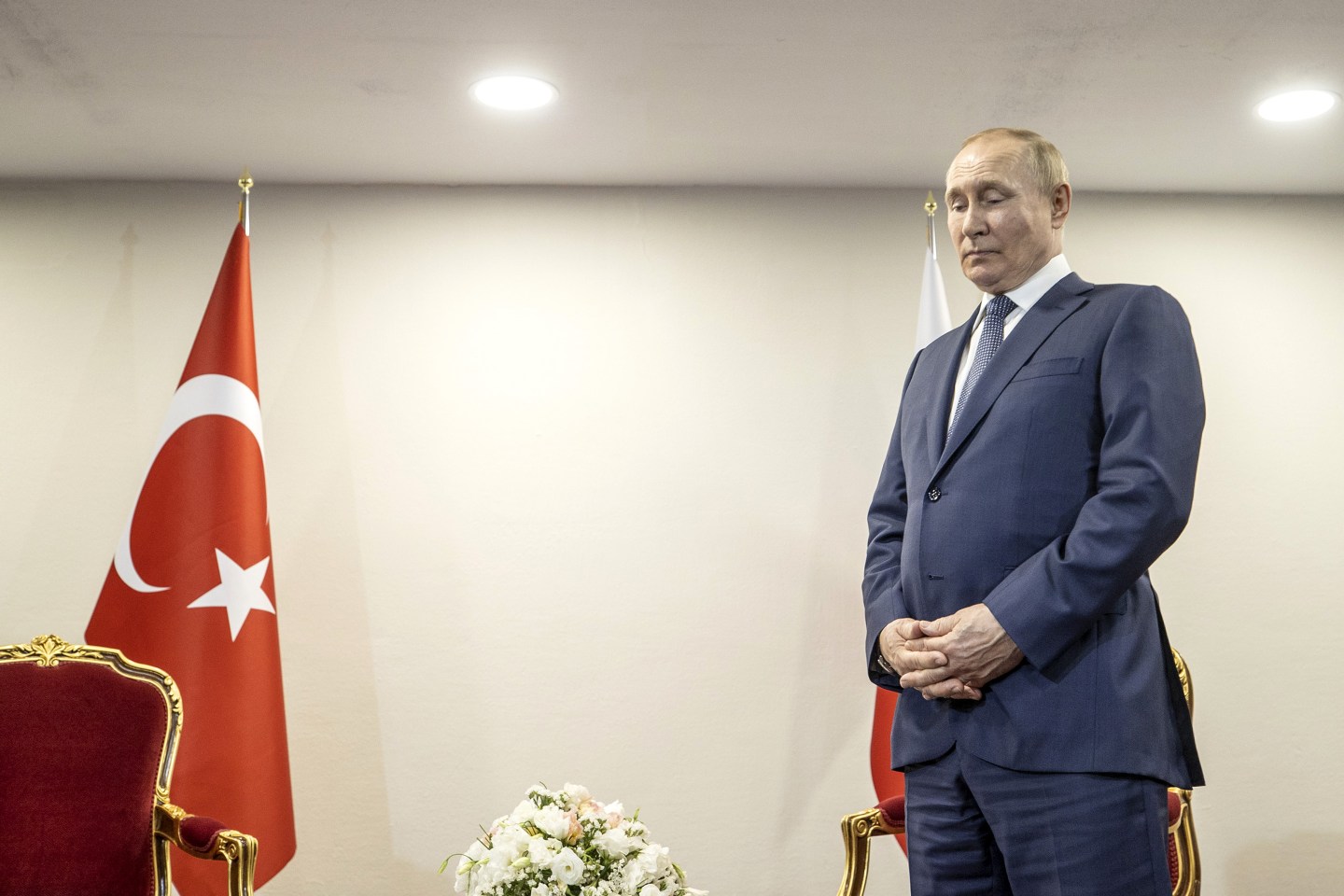 During his recent trip to Iran, Russian President Vladimir Putin was left awkwardly waiting for almost a minute for his meeting with Turkey’s President Recep Tayyip Erdoğan.

A video of the diplomatic incident shows Putin entering the room, clasping his hands, letting them fall toward his waist and slightly shifting feet as he waits. He looks down for a moment before the camera zooms to his face, which twitches with each change in expression.

A journalist from Abu Dhabi–based newspaper The National, Joyce Karam, tweeted a clip of the video, shot by the Turkish government news agency Anadolu. She also wrote that Putin being forced to wait showed how the tables have turned for him since Russia invaded Ukraine in February.

“Those 50 seconds that Erdogan made Putin wait, looking frazzled in front of cameras say plenty of how much has changed after Ukraine,” she wrote.

Karam continued: “It’s also a sweet payback for Erdogan who in 2020 was humiliated by Putin as he made him wait 2 minutes in a power game play in Russia,” she wrote on Twitter, referring to a clip of Erdoğan waiting in the Kremlin for Putin in 2020.

Putin’s trip on Tuesday to discuss the Syria conflict, among other topics, with Iran’s and Turkey’s leaders was the first he’s made outside of the former Soviet Union since Russia invaded Ukraine.

Erdoğan has since tried to mediate between Russia and Ukraine, hosting talks between the two countries. Turkey is currently trying to help negotiate an end to Russia’s blocking of exports of Ukrainian grain that’s fueled a global food crisis.

Although Turkey is a mediator with Russia, it opposed Russia in the conflict in Syria and Russia’s efforts to support the Syrian government in 2015.

Amid isolation and sanctions by the West, Russia could be looking to Iran to forge economic ties. Iran’s Supreme Leader has voiced support for Russia’s invasion of Ukraine and, according to his office, said that if Putin hadn’t made the first move, Ukraine would have.