Game-changing drones used in Ukraine are straining the relationship between Russia’s Putin and Turkey’s Erdogan. Here’s why 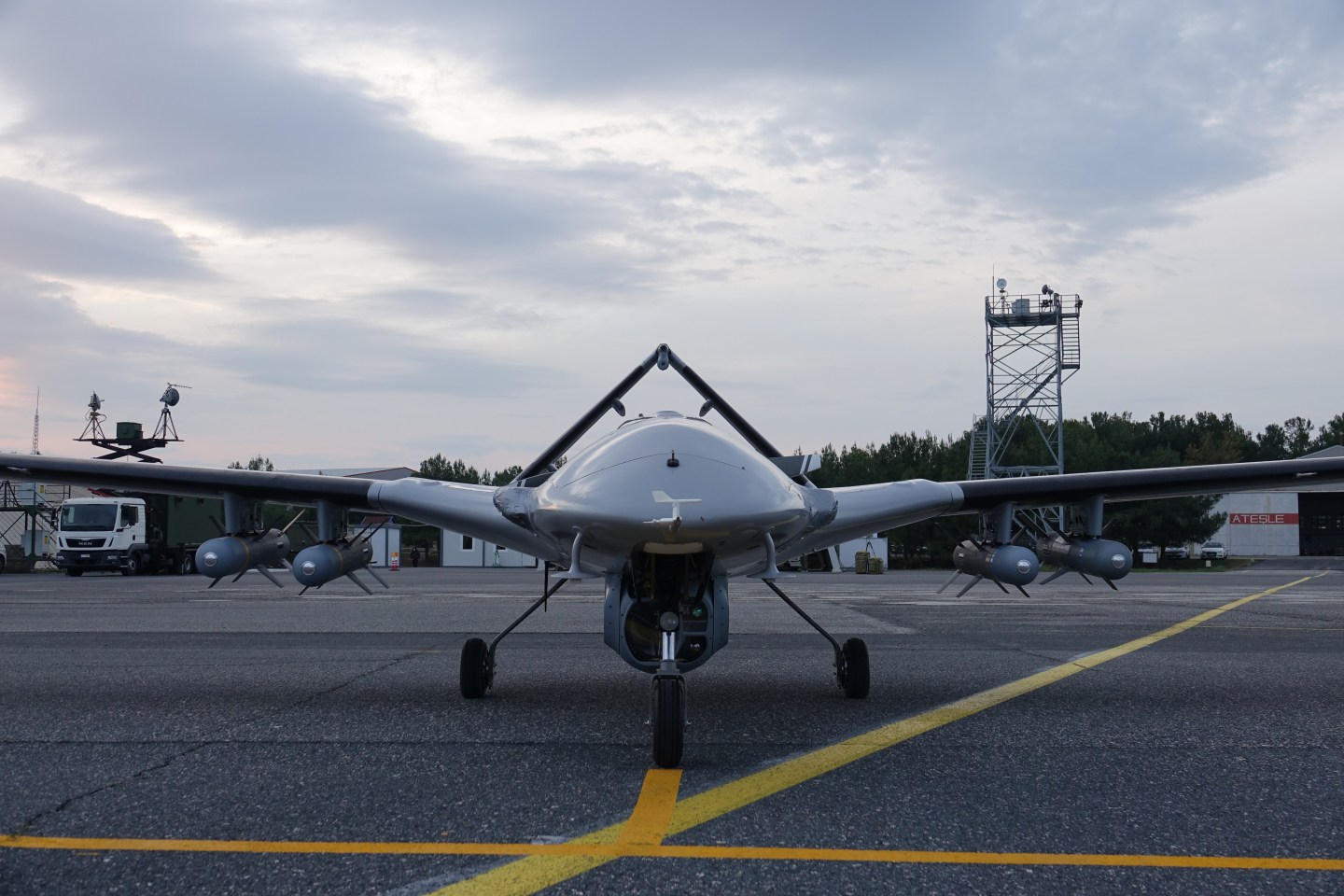 The expendable Bayraktar TB2 drone has given Ukraine a lethal advantage against Russia’s invading forces.
Courtesy of BAYKAR/Anadolu Agency/Getty Images

The laser-guided, bomb-carrying drones that have served as an ace up the sleeve of Ukrainian soldiers are manufactured by a company with ties to Turkish President Recep Tayyip Erdogan—and they’re straining the relationship between Turkey and Russia.

The Bayraktar TB2 drones—which have disabled multiple Russian launch rocket systems and taken out columns of armored Russian tanks and personnel transporters in recent days—are produced by Baykar Makina, a private Turkish corporation whose chief technology officer is Selcuk Bayraktar, son in law of Erodogan, according to Bloomberg. In an English-language tweet Tuesday, Ukraine lauded the “jewelry work” of the drones’ crews.

It’s not the first time that crewless aircraft made by Turkey’s Baykar have had a significant impact on battlefields where Moscow maintained an interest. Relatively cheap to make and deploy, the aircraft have in recent years helped swing conflicts in places as far afield as Azerbaijan and Libya in favor of Turkish allies.

Now they are prized items in the budding relationship that’s made Turkey one of Kyiv’s most important backers. In the process, the planes are straining ties between Erdogan and Russian President Vladimir Putin—a relationship that has consequences for Turkey’s economy, defense ties, and regional flashpoints, including Syria’s war.

Ukraine has bought dozens of Bayraktar TB2s since 2019 together with control stations and missiles, several Turkish officials and an executive at one of the country’s defense companies with close government ties told Bloomberg. The two nations also agreed to cooperate on a new generation of the drones during a visit to Kyiv by Erdogan early last month.

The low-flying and highly maneuverable TB2s are operated from mobile stations and protected by jammers, said a Turkish official who spoke to Bloomberg on condition of anonymity. They’re a product of Erdogan’s ambition to make Turkey’s projection of regional power more self-sufficient.

Bayraktar drones owned by Ukraine opened fire for the first time in October to destroy mobile artillery in Donbas, a region where Russian-backed separatists have faced off against Ukrainian troops since 2014 and that’s cited by Putin as one justification for his invasion.

In a Dec. 10 phone call with Erdogan, Putin condemned Ukraine’s “provocative” deployment of the attack drones, according to a Kremlin statement. About a month earlier, Russian Foreign Minister Sergei Lavrov had warned Turkish Foreign Minister Mevlut Cavusoglu to take Moscow’s concern over Turkey’s “militarization” of Ukraine “as seriously as possible.”

But Turkey remains wary of aggravating Moscow and has largely avoided publicizing the role of its hardware in wars so as not to damage economic ties or trigger military retaliation in places like Syria.

Russia provides more than half of Turkey’s gas and is also building a nuclear reactor in the country, while Russian tourists have been a major source of income. Thousands of Turkish soldiers are deployed in Syria’s rebel-held Idlib province, where they’d be vulnerable to attacks by government forces who are backed by Putin.

Born in Istanbul in 1979, Bayraktar received his bachelor’s degree from Istanbul Technical University before being offered a scholarship by the University of Pennsylvania, where he received a master’s degree in 2004. While at UPenn, he received another scholarship from the Massachusetts Institute of Technology (MIT), where he served as a research assistant in the Department of Aeronautics and Astronautics and completed a second master’s degree, according to the Baykar website.

While at UPenn, Bayraktar “successfully carried out air-ground coordination of UAVs in formation flight alongside terrestrial robot teams,” the website states.