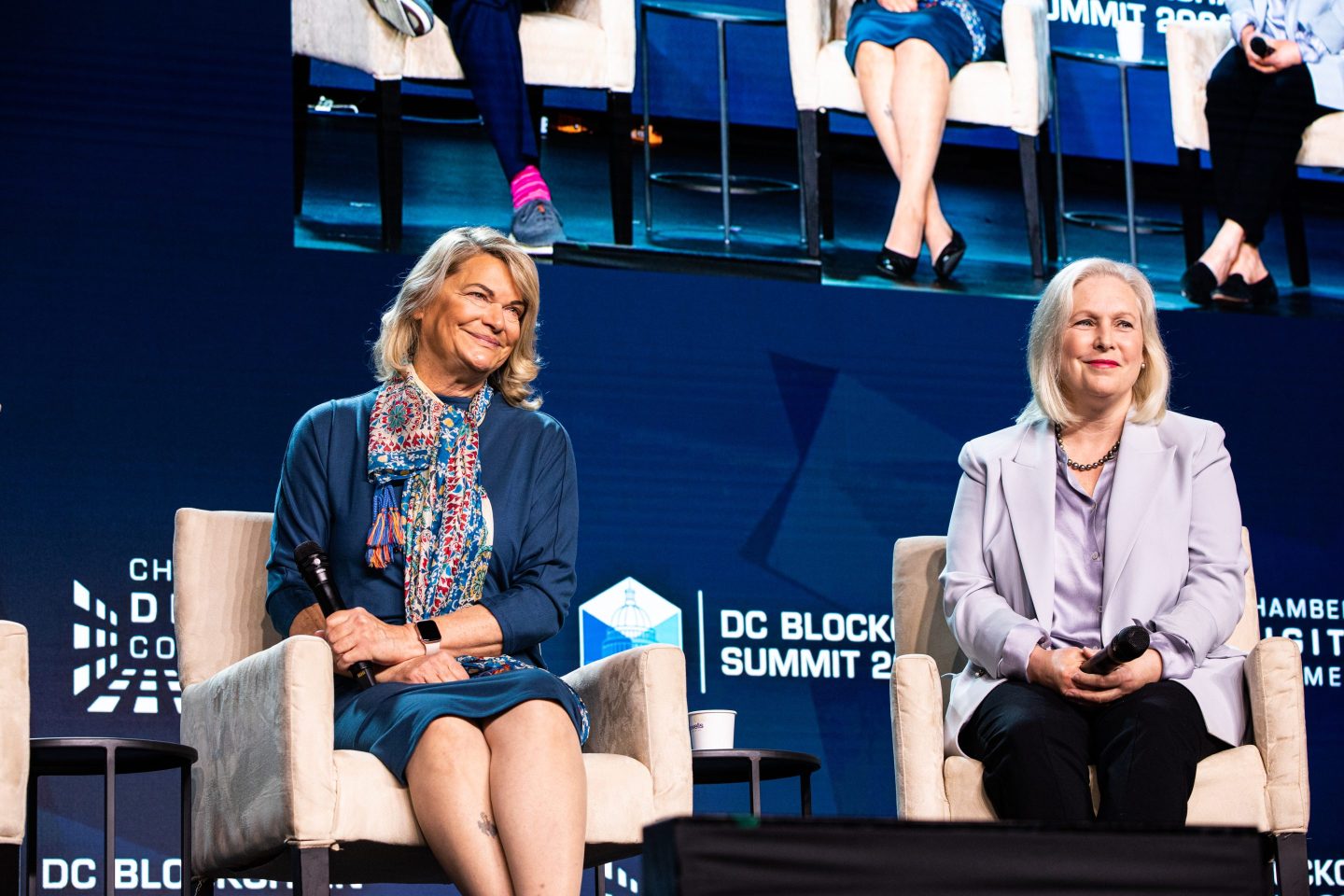 A vote on a major crypto regulation bill introduced last month may not happen until next year in part because of how foreign and complicated the topic is for sitting U.S. senators, the sponsors of the legislation said on Tuesday.

Speaking in a pre-recorded interview released during Bloomberg’s Crypto Summit on Tuesday, one of the bill’s sponsors, Sen. Cynthia Lummis (R-Wyo.) said cryptocurrency is still puzzling for many of her colleagues.

“I think both Kirsten and I believe that the bill, in one piece, as a total bill is more likely to be deferred until next year,” said Lummis, referring to her cosponsor, Sen. Kirsten Gillibrand (D-N.Y.). “It’s a big topic; it’s comprehensive; and it’s still new to many U.S. senators. It’s a lot for them to digest, with the few remaining weeks we have in this calendar year, to digest such an enormous topic.”

For some senators, analyzing the bill may also be an issue of uninterest, said Gillibrand.

“This is a very broad and full bill that very few members of the Senate have the time, interest, or investment of understanding of all components of this bill,” she said.

The bill, dubbed the Responsible Financial Innovation Act, was introduced to the Senate in June and covers a broad range of crypto areas including defining which cryptocurrencies are commodities and which are securities. It also regulates the issuance of stablecoins—cryptocurrencies pegged to the price of another asset like the U.S. dollar—among other things.

Lummis and Gillibrand said there are some lawmakers like Sen. Cory Booker (D-N.J.), who have made an effort to learn about the crypto space, but they are few and far between.

“Cynthia and I, we are rare in this way, we really delved into this area to become subject matter experts, and there’s not many others that have expressed interest in doing that,” Gillibrand said.

Yet despite an alleged lack of time and motivation from their Senate colleagues, Lummis and Gillibrand are still advocating for their proposal.

Gillibrand said that she and Lummis have met with their fellow lawmakers over the past few weeks to “socialize” the bill with their staff and take them through the nuances of the proposed legislation.

The senators noted that although their bill as a whole may have to wait until next year for a vote, parts of it are being incorporated into other bills, including a bill by Senate Agriculture Committee Chairwoman Debbie Stabenow (D-Mich.) and ranking member Sen. John Boozman (R-Ark.) that would designate the Commodity Futures Trading Commission as crypto’s top regulator.

Gillibrand and Lummis did not immediately respond to Fortune’s request for comment.

Gillibrand said that whether they understand the bill or not, her colleagues are concerned about the recent turmoil in crypto markets. Both of the sponsors said lawmakers have asked how their bill would address or prevent issues in the market, which in just a few months include the collapse of the multibillion-dollar stablecoin Terra, the mandated liquidation of crypto hedge fund Three Arrows Capital, and the bankruptcy of crypto lender Celsius.

“There’s more urgency now and also more of a sense that this is something that we need to do and that it’s timely,” Gillibrand said.