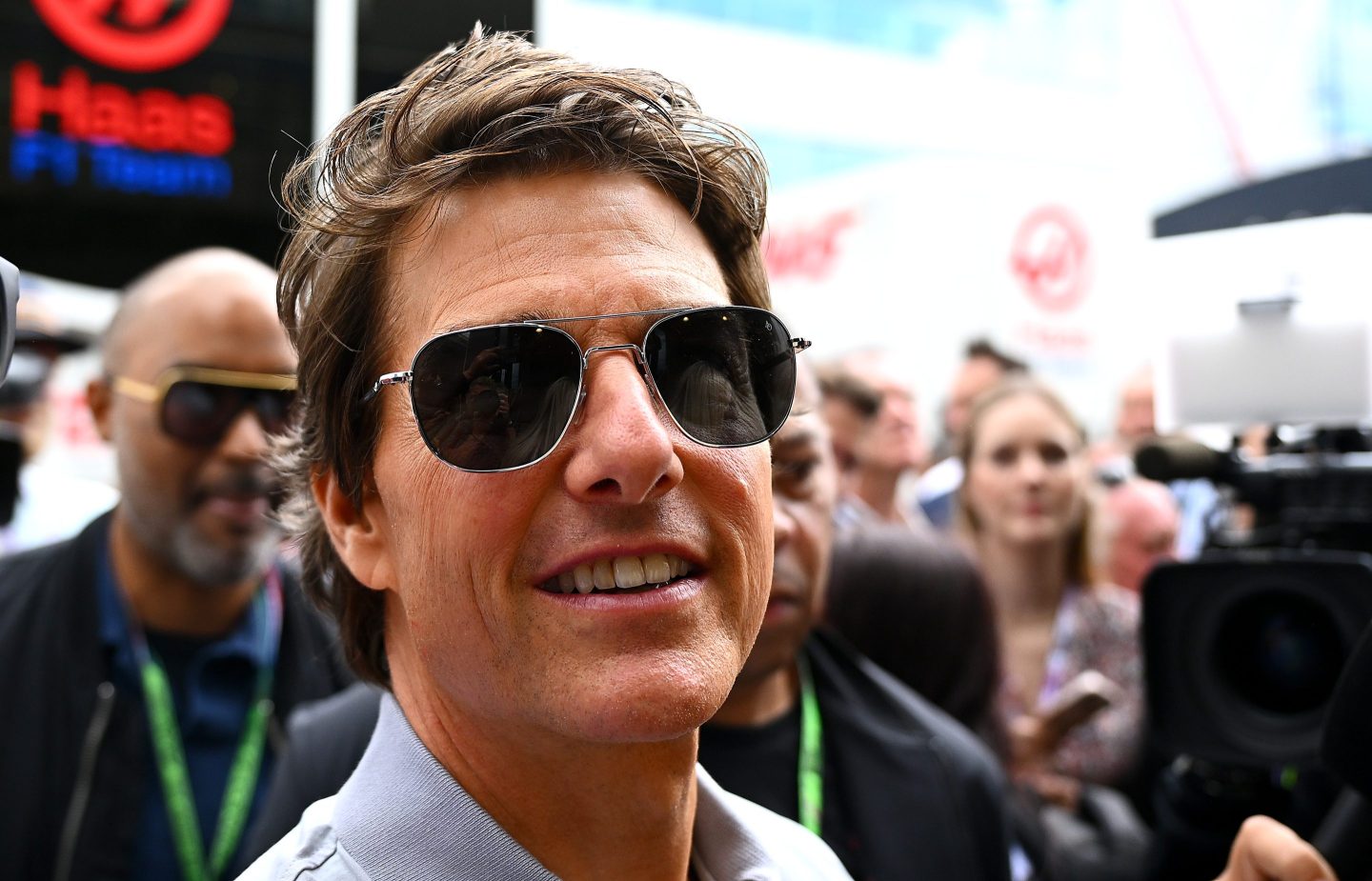 The popularity of Top Gun: Maverick goes beyond box office receipts. The film, which has grossed more than $1 billion, is also helping drive up U.K. sales of the aviator sunglasses Tom Cruise sports in it. It’s a repeat of the scenario that followed the release in 1986 of the original Top Gun, which boosted sales of the Ray-Ban original.

A spokesperson at David Clulow, one of the U.K.’s biggest sunglass retailers, says the classic RB3025 Aviator—Top Gun is one of its bestselling sunglasses this summer, at £184 ($218), along with £329 Ray-Ban Wayfarer smart glasses.

The most popular designs in the U.K. are round-shaped frames that work well for any gender, face shape, or style.

At David Clulow, the round “Gregory Peck” from Oliver Peoples for £287 haas made the bestseller list, as has the £147 “Hawkeye,” a new design with rounded edges.

At MONC on London’s Chiltern Street, founder Freddie Elborne says the shop’s bestseller is the “Kallio,” a unisex round frame that seems to suit almost anyone.

Likewise, John Pritchard, founder of Brighton-based Pala Sunglasses, estimates that 65% of his company’s sales come from models with round frames. Pala’s bestselling pair is the “Lich,” a round tortoiseshell. “It’s our perpetual bestseller,” he says.

Ackeem Ngwenya, chief executive officer of Berlin-based Reframd, which makes 3D-printed designs tailored to diverse face shapes, says London and the U.K. constitute the company’s third-largest market, where its rounder styles such as “Umoya” and “Yao” are most popular. Both sell for £208.

Betty Bachz, founder and creative director of independent eyewear brand MOY Atelier, a more fashion-forward brand, is also seeing rising popularity for rounder shapes. Her top seller is the “Osiris,” a £195 midsize-to-small oval shape with a twist, “rehashed for the modern consumer in London.”

She thinks its popularity is being driven by Y2K-inspired looks worn by Kardashian and Bella Hadid.

“Everything in fashion now is very Y2K styled. It’s also the case for eyewear,” says Bachz. People want “Matrix-y, cyberpunk, and sports looks. Gen Z are all wearing Balenciaga and Oakley cycling glasses. It’s all about Brad Pitt and Gwyneth Paltrow around 1990.”

The soaring heat has also boosted interest in sunglasses. Last week, the U.K.’s Meteorological Office issued a warning against wearing “cheap” sunglasses without proper UV protection. Elborne says “the heat wave has made a difference” in sales at MONC, with people popping into his shop to snap up a pair when the sun is out, or just before they head abroad.

Still, fashion continues to dictate sunglass sales. The Y2K revival might be affecting when people buy sunglasses—and when they wear them. Bachz says her customers are increasingly “wearing sunglasses in autumn and winter, and even indoors.” Pritchard at Pala says his customers are motivated differently. “As a brand, we chase the sun around the world. In the U.K. we get quite a lot of interest ahead of the holiday breaks in March.”

“Then, when summer’s over and October rolls around, I start switching to Australia: Christmas in sunglasses.”