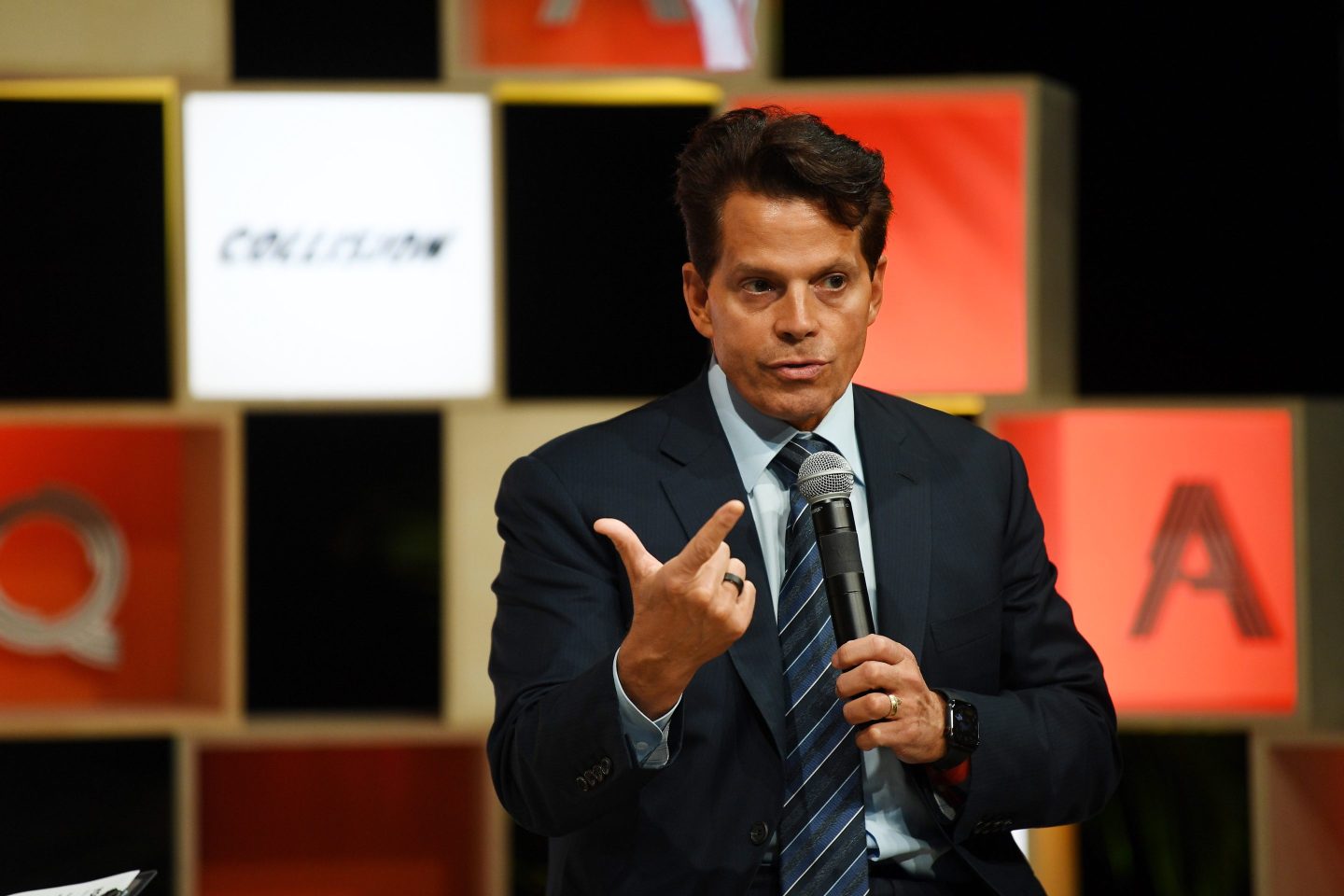 Anthony Scaramucci of Skybridge Capital during day three of Collision 2022 at Enercare Centre in Toronto.
Eóin Noonan—Sportsfile for Collision/Getty Images

Anthony Scaramucci’s Skybridge Capital suspended redemptions in one of its funds after sharp declines in stocks and cryptocurrencies, according to people familiar with the decision.

The Legion Strategies fund suspended redemptions because private companies, which are harder to sell, now make up about 20% of the portfolio, one of the people said. The fund is one of Skybridge’s smaller offerings, farming out most of its roughly $230 million of assets to hedge fund managers.

FTX, the crypto exchange co-founded by billionaire Sam Bankman-Fried, is among the fund’s private investments.

Scaramucci—who returned to money management after spending 11 days in the White House as the Trump administration’s communications director—made a big push into crypto, a move that has hurt Skybridge’s performance this year. An index of the 100 largest digital assets has tumbled 56% in 2022.

The Legion Strategies fund gained exposure to digital assets through other funds managed by Skybridge, including vehicles focused on Bitcoin, Ethereum and Algorand, according to a regulatory filing. As of Feb. 28, almost a quarter of Legion’s net assets were invested in such fund.

Skybridge runs a larger fund-of-funds, the Multi-Adviser Hedge Fund Portfolios, which managed about $2 billion as of March 31, according to a separate filing. That fund fell about 5.5% for the year through March 31.

Redemptions for that fund are made through a tender offer by Skybridge. The firm told clients it will buy back 10% of the fund’s shares at the end of September, the next time investors are allowed to pull money, one of the people said.