SkyBridge’s Anthony Scaramucci unleashes his predictions about crypto, Coinbase, and the odds of DeSantis beating Trump 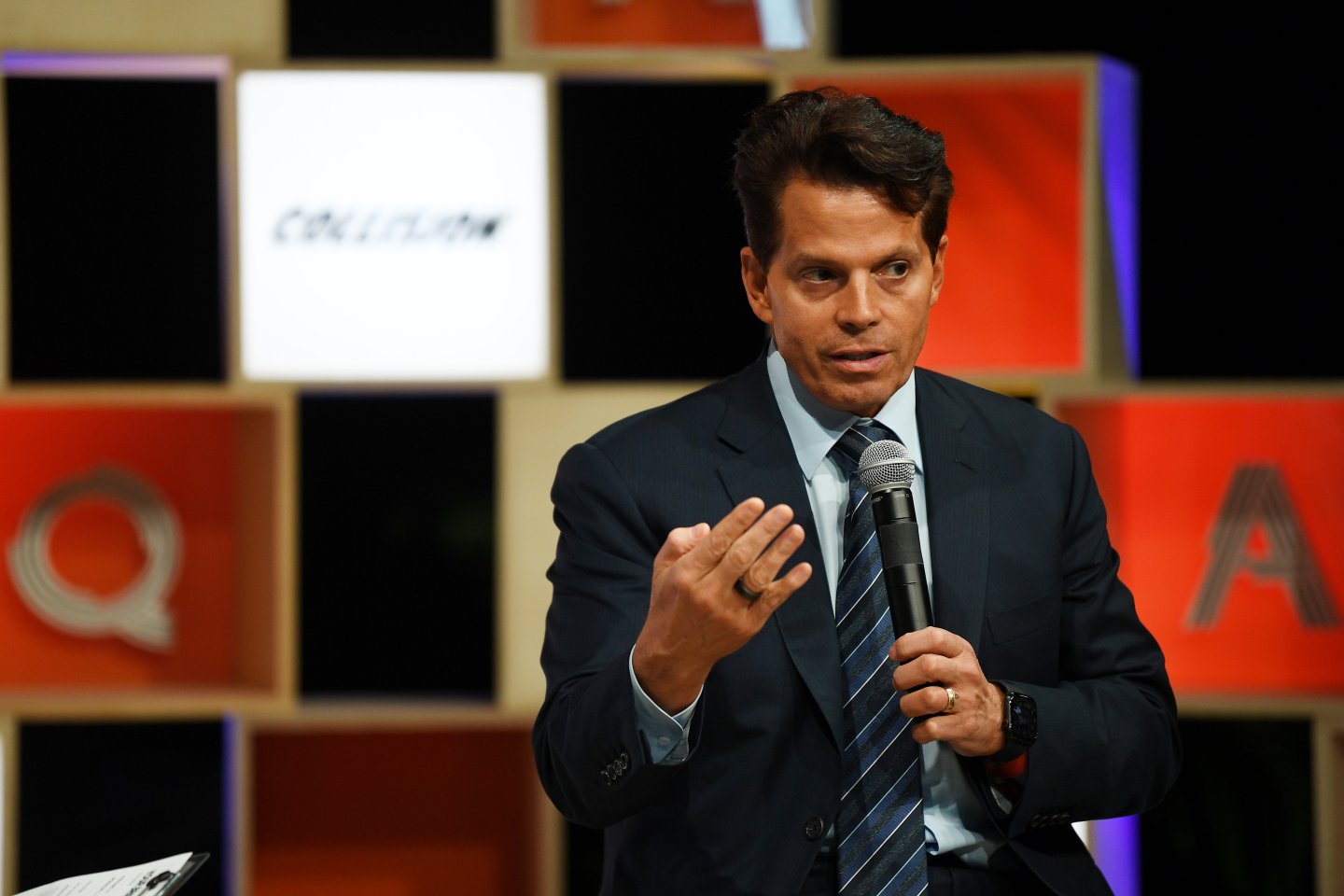 Anthony Scaramucci is not one to shy away from voicing his strong opinions.

The former White House communications director (whose stint was infamously short) and SkyBridge Capital founder has recently sounded off on things like his dislike of Florida Gov. Ron DeSantis and why he thinks Bitcoin is “technically oversold.”

Amid a heated political climate and a crypto market that’s in turmoil, Scaramucci sat down with Fortune on the sidelines of the Collision conference in Toronto on Thursday to chat DeSantis versus Trump, what he thinks about Coinbase CEO Brian Armstrong, and why he’s still optimistic about the crypto market.

Crypto CEOs are facing a lot of blowback as the industry tries to manage through the recent crypto crash. Some companies like crypto exchange Coinbase have laid off thousands of employees and received a lot of criticism in the process.

Employees at Coinbase recently wrote a petition seeking to ouster top executives at Coinbase, to which CEO Armstrong shot back: “Quit and find a company to work at that you believe in.” Four days later, Coinbase laid off over 1,000 employees.

But Scaramucci, who has long been a believer in Coinbase, told Fortune he still thinks Armstrong is “unquestionably…a good leader.” He believes the CEO “has a good long-term philosophy, but I do think he’s caught in new employees. Lots of new people have been added to Coinbase as they experienced this exponential growth,” he said. “You don’t shoot the market, you shoot the messenger.” However, the investment firm founder isn’t saying Armstrong is without fault: “Should he have grown slower? Should he have made different decisions? Sure. That’s hindsight though.”

But when it comes to Coinbase’s stock, Scaramucci is cautious: “I didn’t think Coinbase was going to fall to where it is, frankly,” he says, adding that broadly he would be “cautious right now because we’ve had a very, very rough bear market.” Since the start of 2022, Coinbase is down over 70%, while tech stocks en masse are in a bear market year to date. Still, Scaramucci thinks the exchange is going to recover, and that he “wouldn’t be writing off Coinbase.”

Why Trump will trump DeSantis in a potential 2024 campaign

Scaramucci has been very vocal about his criticisms of the Republican Florida governor, and reiterated his view to Fortune that DeSantis doesn’t have a shot at winning the Republican nomination for the 2024 presidency.

The Florida governor has recently appeared to be a contender for the next presidential race, but Scaramucci believes there could be one big roadblock to a bid: “I think Trump will end up killing DeSantis,” Scaramucci argues. Former President Donald Trump “is a jealous guy…he’ll damage him politically, metaphorically.”

A “sturdier climb this time” for crypto

Scaramucci has long been a big Bitcoin bull (he recently declared he thinks Bitcoin could still hit $100,000 over the next 12 to 24 months). And the latest rout in the crypto markets hasn’t shaken his resolve, as he also touted on stage at the conference on Thursday.

“I think the bull thesis is very much so intact,” Scaramucci told Fortune. “I think that we got overlevered…and the spigot got turned off, [and] you got to see who was swimming naked.” But now, he says, he’s “very bullish. I think the next turn of the cycle will be less leverage [and] I think there’ll be a sturdier climb this time.”

In fact, he’s calling that “the good news about where we are right now.” A “lot of leverage has been taken out of the system,” says Scaramucci. “So could we go lower? We certainly could. But it’s not going to be forced selling.”