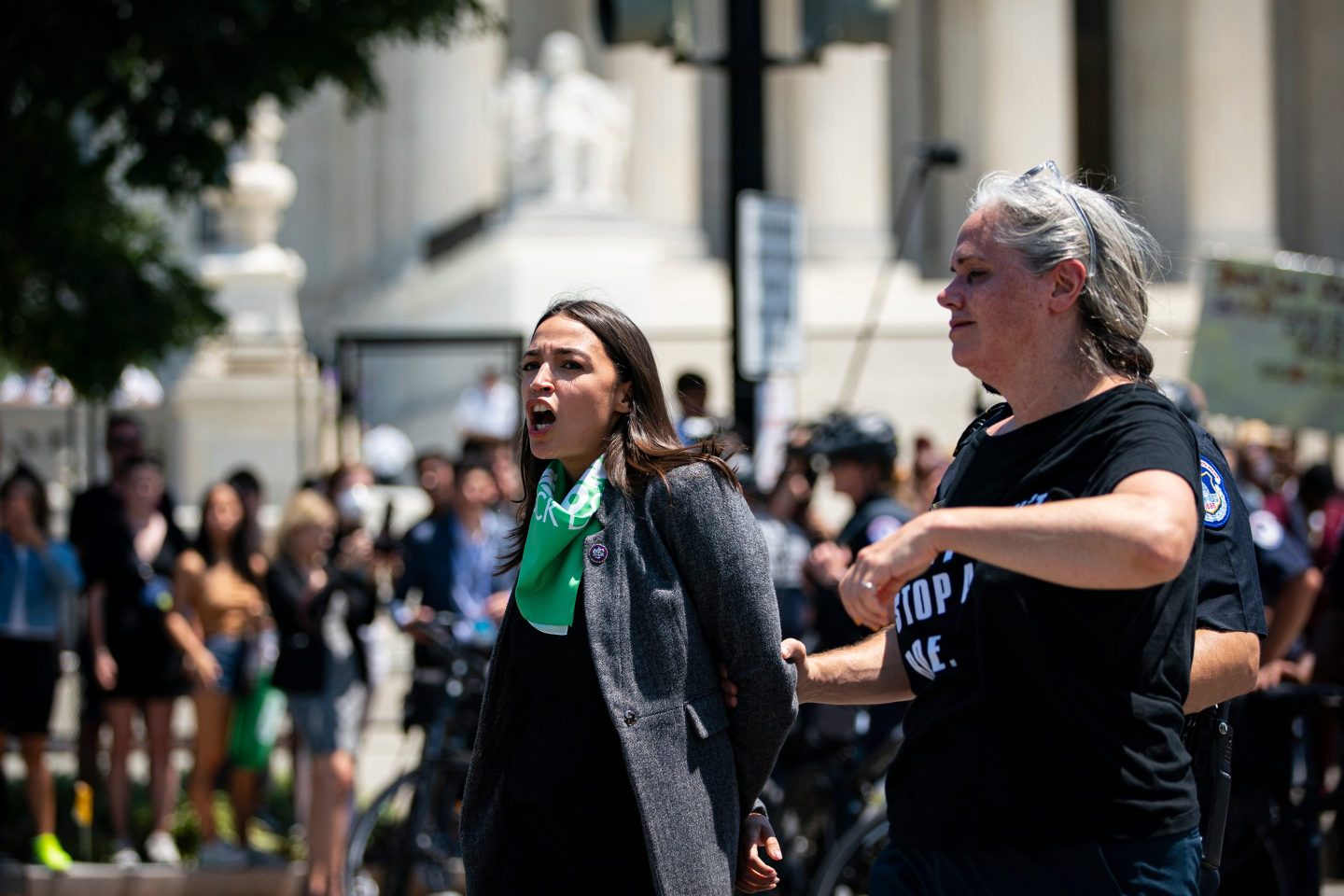 Representative Alexandria Ocasio-Cortez (D-NY), is arrested outside the U.S. Supreme Court during a protest of the court overturning Roe v. Wade in Washington D.C. on July 19, 2022.
Al Drago—Bloomberg/Getty Images

More than a dozen U.S. lawmakers, most from the Democratic Women’s Caucus, were arrested by U.S. Capitol police on Tuesday during an abortion-rights rally in front of the U.S. Supreme Court.

New York Representatives Alexandria Ocasio-Cortez, Carolyn Maloney and Nydia Velazquez were among those who were arrested, as were Representatives Cori Bush, Ayanna Pressley and Ilhan Omar. When reached for comment, the United States Capitol Police pointed to statements made on its Twitter account. The U.S. Capital Police said they arrested 34 people, including 16 members of Congress, for obstructing traffic.

Video footage of the event, which took place in front of the Supreme Court steps, shows Ocasio-Cortez being escorted away by police. Representatives didn’t immediately respond to a request for comment.

The demonstration underscored Democrats’ ire over the June Supreme Court decision in Dobbs v. Jackson Women’s Health Organization that dismantled the constitutional right to an abortion set by Roe v. Wade. States that have historically been hostile to abortion rights had been lying in wait with trigger bans and other restrictions regarding abortion care. Some 33 million women live in states with so-called trigger bans on the books that sought to immediately ban abortion. Many of those have since gone into effect. Experts warn that the shock waves of such restrictions will likely jeopardize care for those in states protecting abortion rights as well.

“I have the privilege of representing a state where reproductive rights are respected and protected—the least I can do is put my body on the line for the 33 million women at risk of losing their rights,” said Maloney in a statement. She added that anti-abortion lawmakers and groups “are not pro-life, but pro-controlling the bodies of women, girls, and any person who can become pregnant. Their ultimate goal is to institute a national ban on abortion. We will not let them win. We will be back.”