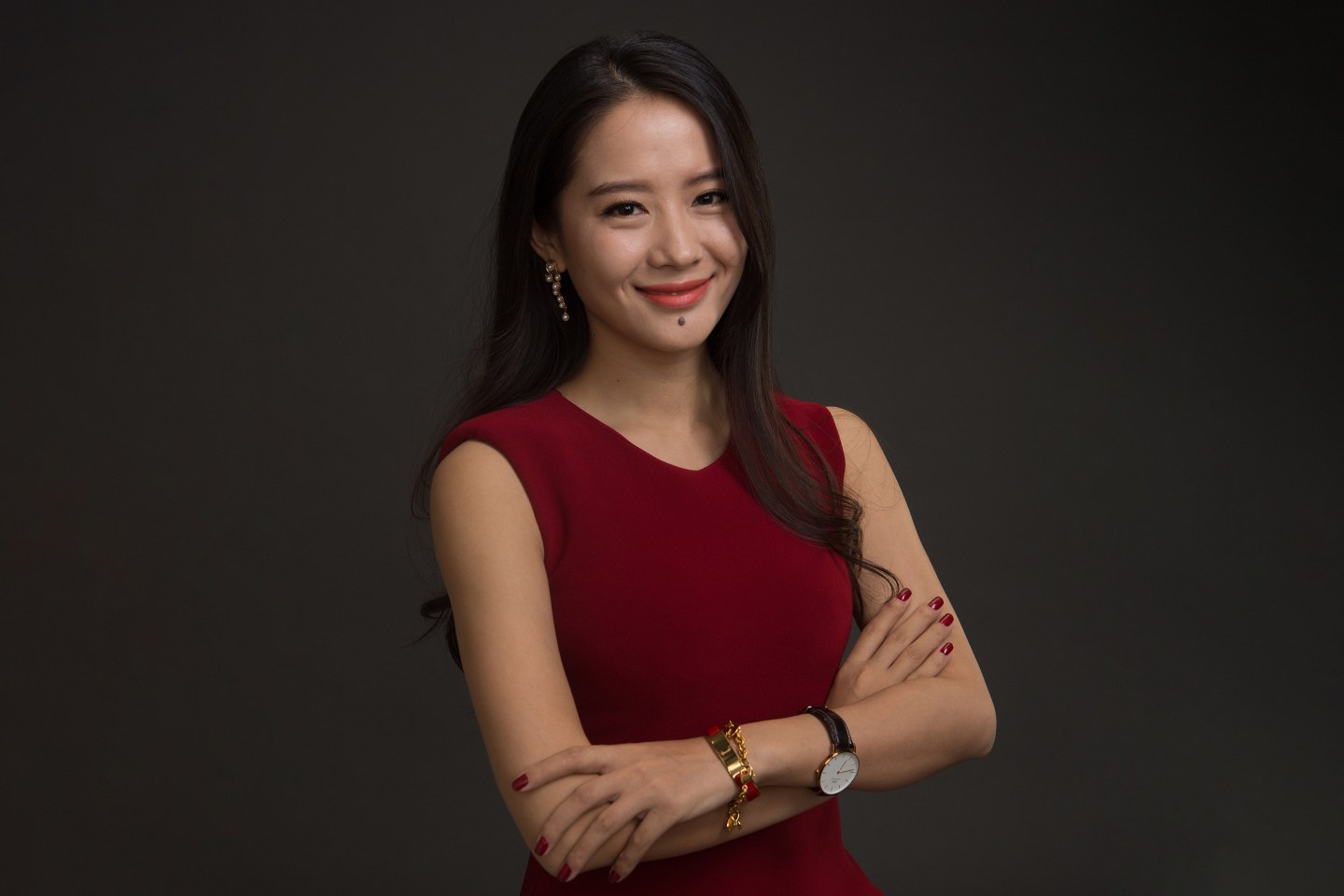 Good morning, Broadsheet readers! President Joe Biden abandons the nomination of an antiabortion judge, former Rep. Katie Hill files for bankruptcy after the costs of her cyber exploitation lawsuit, and Binance’s cofounder steps into the spotlight. Have a productive Monday.

– Behind the scenes. Earlier this year, Changpeng Zhao (or “C.Z.”) graced the cover of Fortune. Dubbed the $74-billion man, the founder of the world’s biggest crypto exchange Binance earned that moniker nearly overnight as the crypto market soared in 2021. The exchange has 100 million users and processed $34.1 trillion in trading last year.

But Zhao didn’t build that value alone. Although she wasn’t mentioned in the cover story, Binance has a cofounder: He Yi, the company’s 36-year-old chief marketing officer. The CMO met Zhao in 2017 and joined Binance with a cofounder title to Zhao’s founder and CEO title one day before the platform’s launch that year. The functions she oversees at Binance have shifted over time, often with a focus on business strategy; she has run Binance’s startup incubator, its charitable arm, and marketing and customer service. Today, 2,000 employees report up to her.

The $74 billion attributed to Zhao is based on estimates that he owns as much as 90% of Binance. Zhao has dismissed the hubbub over his wealth (“It’s fictitious pricing,” he told Fortune in the April/May issue), and He demonstrates a similar attitude. She says such figures are often “wrong,” and while she and Binance declined to disclose the size of her stake, the company says she is considered a billionaire based on its value.

So why has He remained behind the scenes? “The reason is my English level, to be very honest,” she says; she only started learning English a year-and-a-half ago. “I don’t want to make a mistake.” We spoke on Zoom—in English—earlier this month. While He had translators present to assist, they rarely jumped in.

He grew up in the rural Chinese province of Sichuan, the daughter of two teachers. She attended a university in the region and then worked for three years as a television anchor. She entered the crypto industry in 2014 as a cofounder of the digital asset exchange OKCoin. “I’m one of the O.G. in the blockchain community,” she says. After a short stop at mobile video tech company Yixia Technology, she met Zhao at a conference, worked with him as a consultant, and then joined Binance in 2017 with two staffers on her team.

“I had the opportunity to work with Yi before Binance,” Zhao said in a statement to Fortune. “I was impressed by her business acumen, strategic thinking, attention to detail, and values. She is one of the hardest working people I know on Earth, even today. … She has been integral to Binance’s success and I believe that she will remain an integral part of our continued growth into the future.”

He’s long track record in the blockchain and crypto industries has been advantageous during this year’s downturn, which has lost the industry $2 trillion in value since its 2021 boom. “If you stay in this industry for eight years,” the crypto winters aren’t as frightening, she says. Her time at OKCoin coincided with another bear market, during which she grew the company’s market share in China by 60%. “We believe the bear market is better to invest because the short-term founder will give up,” she says. The tough times in crypto reveal “creative, amazing people,” she adds.

He’s embrace of the spotlight outside of China coincides with the potential growth of Binance in the U.S. With Coinbase struggling after its IPO and during the crypto winter, Binance.US and FTX have both positioned themselves to step into the U.S. market.

For now, He lives in Paris while she handles licensing for Binance in Europe and opens up a regional office in the city. Her job has also taken her to Dubai, where she performed similar work for the exchange in the Middle East. As she steps into the global spotlight, He has big goals. “I know I can run a very good company in China,” she says. “But I still want to try globally.”

- Off the table. President Joe Biden will no longer nominate Chad Meredith, an antiabortion judge, to a federal judgeship. The move, however, isn't due to opposition from Democrats and pro-choice activists; instead, opposition to the appointment came from GOP Sen. Rand Paul. Biden's potential appointment of Meredith to a federal post in Kentucky was said to be part of a deal with Sen. Mitch McConnell. New York Times

- The moral question. In The New Yorker, writer Jia Tolentino asks the question: is abortion sacred? The decision to bring a child into the world should come with the same moral debate that the Christian right attaches to abortion, she writes. The New Yorker

- Friendships that work. Do you remember your first work friends? Relationships formed during the early years of a career can be transformative and lifelong. Compared to high school and college friends, work friends "see each other through the world of ideas." Without time in the office, those relationships are hard to form for today's early-career workers. New York Times

- Responsible reporting. The case of a 10-year-old child rape victim in Ohio who left the state to have an abortion has drawn attention to the state's new abortion laws, as Vanity Fair reports. The news story, meanwhile, was originally doubted by some in the press for only having one source confirming the information. Nieman Lab dives into the question of whether American journalism is ready for this new era, one in which these tragic stories become more common.

MOVERS AND SHAKERS: Rohini Kosoglu, one of Vice President Kamala Harris's longest-serving aides, is leaving her post as domestic policy adviser. Katie Fallon stepped down as chief global impact officer at McDonald's; she will now become head of communications, public affairs, and policy for Fidelity Investments. Block head of business, operations, and strategy Emily C. Chiu joined the board of Justworks.

- Withheld health care. Pregnant people are already seeing their health care delayed by state abortion bans. The Texas Medical Association sent a letter to the state's medical board, saying that doctors are being prohibited from treating patients with life-threatening conditions. One example included a hospital that refused to treat a patient's ectopic pregnancy until it ruptured. Dallas Morning News

- Cyber exploitation. Former Rep. Katie Hill, who stepped down from Congress after the nonconsensual publication of her nude photos, filed for bankruptcy last week. The former congresswoman was ordered to pay hundreds of thousands of dollars in attorneys' fees after unsuccessfully suing the outlets that published the images. Hill says she doesn't regret filing the suit and that her financial situation shows the toll that cyber exploitation takes on its victims. L.A. Times

- What to watch. A new documentary examines the troubled history of Victoria's Secret, from its impact on American culture to its ties to Jeffrey Epstein. The three-part series, airing on Hulu, is called Victoria’s Secret: Angels and Demons. The New Yorker

How American moms got 'touched out' Slate

"Everybody really is very much the same. We are all scared, we are all angry, we are all heartbroken. We all want to make sure our kids are O.K., we’re O.K."