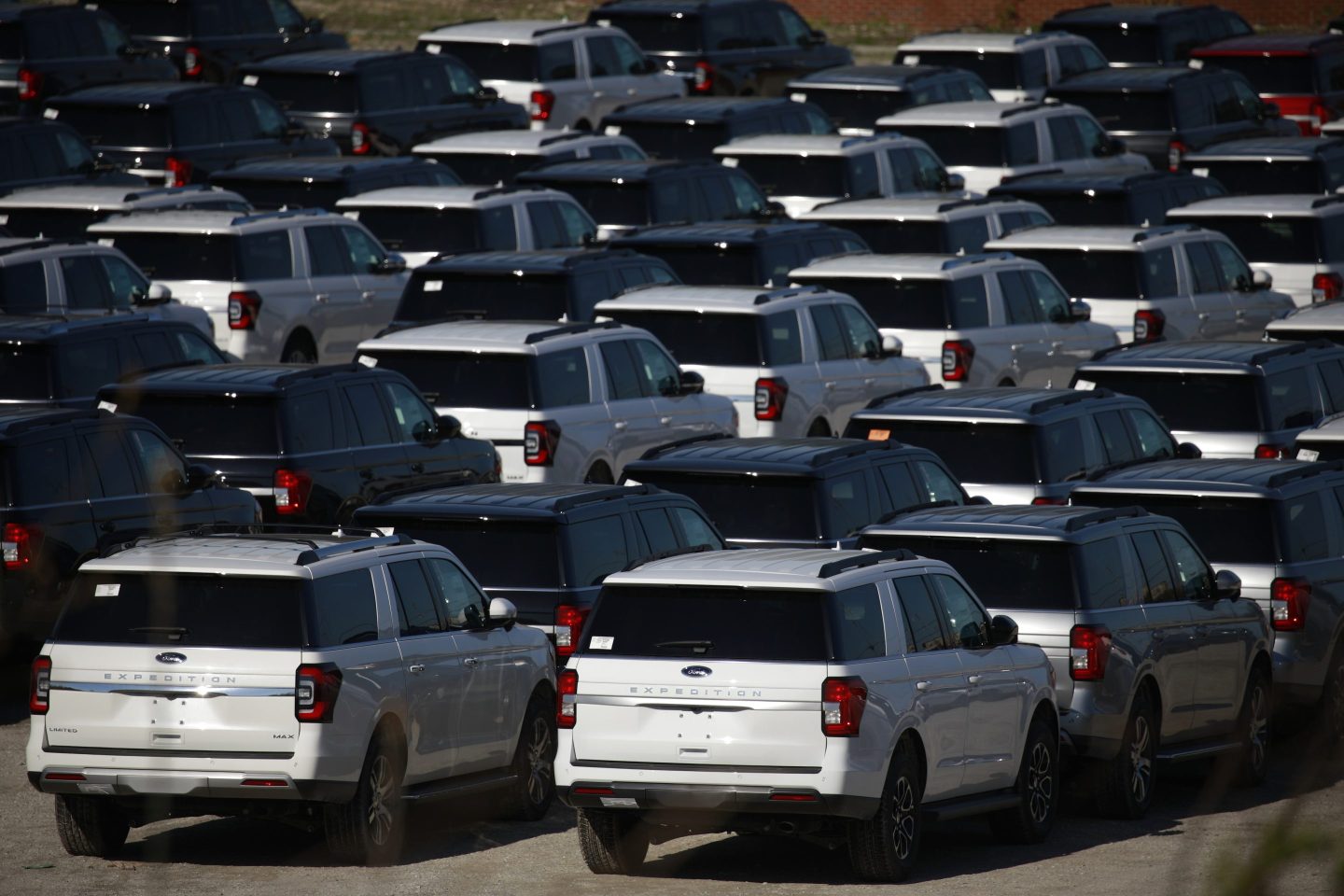 The auto industry is having a very rough 2022.
Luke Sharrett—Bloomberg/Getty Images

The result: Auto sales are starting to plummet. And nowhere are car manufacturers struggling more than in Europe, where new-vehicle sales recently hit their lowest point in over two decades.

Passenger car sales in the European Union last month were down 15.4% from last year, the European Automobile Manufacturers’ Association (ACEA) said on Friday. With fewer than 900,000 autos sold last month, it’s the worst June on record in terms of new sales since 1996.

The fall is in line with a larger decline in new car purchases in Europe so far this year. In the first half of 2022, new car registrations in the EU contracted by nearly 14%, according to ACEA. U.S. automakers are seeing a slightly smaller decrease, with total vehicle sales in June down 15.5% from the same period last year.

Supply-chain problems are chiefly responsible for the sales decline, ACEA said in a statement on Friday.

A global computer chip shortage for over a year has hammered automakers worldwide. East Asian suppliers—responsible for 75% of global computer chip production—have been hobbled by pandemic-related lockdowns and staff shortages, and European carmakers have been unable to catch up with demand.

Last year, ACEA director general Eric-Mark Huitema made a public call for EU officials to boost domestic chip manufacturing and reduce Europe’s reliance on foreign suppliers, but some supply shortages will likely last for some time yet.

“We see a structural undersupply in 2022, which is only likely to ease somewhat in the third or fourth quarter,” Arno Antlitz, chief financial officer at Volkswagen, said in April. “The situation should improve in 2023, but the structural problem will not yet have been fully resolved.”

Volkswagen suffered the worst drop in sales of any European carmaker last month, with output over the past year declining 22.3%, according to ACEA.

But semiconductors are only part of the issue, as the Ukraine War has cut into the supply of another critical component for carmakers. Production of wire harnesses—the electrical components that run through vehicles and relay information and power—has been crippled by the war in Ukraine, which accounts for 7% of all wire harness exports to the EU. The shortage has led some European automakers, such as Czech manufacturer Skoda, to start producing harnesses in-house.

But for European carmakers, supply-chain snags might be starting to unfurl. The semiconductor shortage began showing signs of easing in June. Several automakers, including Mercedes, Daimler, and BMW, began seeing supply and production normalizing last month, according to Bloomberg. In late June, Volkswagen officials said the company was more optimistic about sales in the second half of the year, as the chip shortage began to show signs of easing.

But even with supply-chain issues starting to abate, automakers will still have to contend with an entirely different challenge: plummeting demand.

Rising inflation in Europe and the U.S. is making many consumers tighten their belts, and buying a new car is often among the first purchases to be delayed.

In addition to supply constraints, industry forecasting service LMC Automotive wrote this month about “underlying demand, which has weakened in recent months as the economic outlook has deteriorated.”

Inflation in the U.S. is currently at 9.1%, while in the EU the situation is little better, with the latest forecasts putting annual inflation at 8.6%.

High gasoline prices, among the biggest drivers of inflation, has made driving much less attractive for many would-be buyers. A recent survey by loan provider Quicken found that driving is the activity Americans are cutting back on the most, with 66% of respondents saying they have reduced driving time because of inflation.

For carmakers, in the face of a complicated landscape, the near-term strategy can be summed up in one word: caution.

“We are a little bit cautious about the outlook next year,” Volkswagen CEO Herbert Diess told Bloomberg last week. “We can significantly reduce the waiting times, but we are also not really doubling up capacities, because the world will remain unstable. That’s our assumption, so we have to be a bit cautious.”