Anita Hill: Business leaders must commit fully to diversity ‘for the sake of their own longevity’ 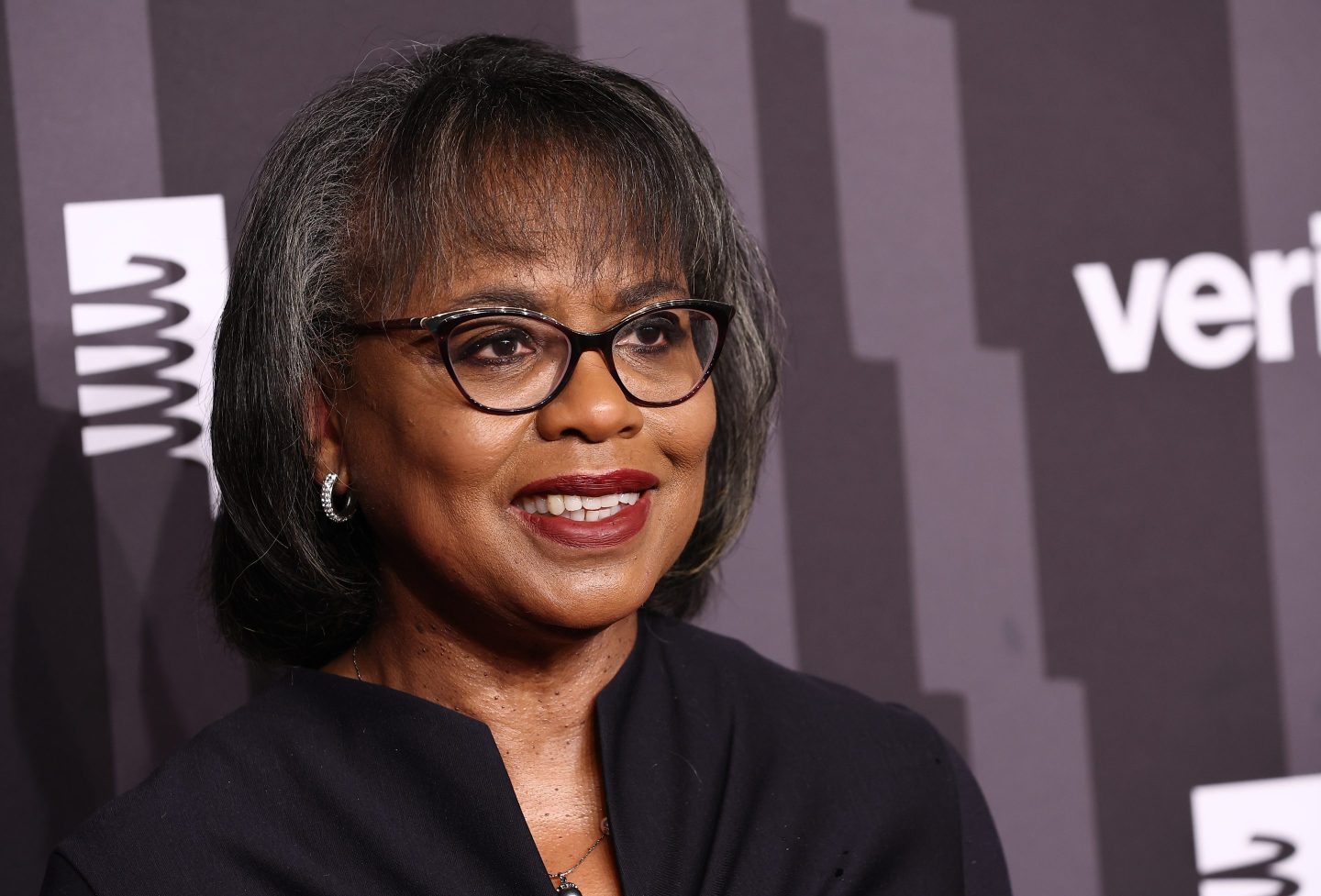 Anita Hill in a photo from May 2022. "Two years ago, companies set ambitious goals that clearly proclaimed their willingness to address inequalities," the authors write. "However, the work is not complete."
Arturo Holmes—Getty Images

In the summer of 2020, after the murder of George Floyd and widespread corporate commitments to diversity, equity, and inclusion (DEI), hundreds of corporations released statements of support for racial equity and pledged to allocate resources towards correcting systemic injustice. Yet, there is an obvious gap between these stated intentions and the results that have been implemented. Creative Investment Researchfound that 261 U.S. corporations have pledged $67 billion towards racial equity since Floyd’s murder. But as of the start of this year, only $652 million of those funds had been disbursed. Put another way: While these corporations pledged support for DEI efforts, including internal recruiting and inclusion programs, these efforts have received less than one percent of the financial support that they were promised.

More recent tragedies, like the targeted mass murders at Atlanta spas with mostly Asian female employees and at a Black neighborhood supermarket in Buffalo, have also drawn attention to pervasive, systemic racism, but they have not inspired similarly widespread calls to action.

New, decisive actions are necessary to drive the systemic change that would fulfill the 2020 commitments to DEI. And a strengthened approach to DEI work could unlock significant financial opportunities for businesses. In the entertainment industry, addressing persistent racial inequities could reap an additional $10 billion in annual revenue, by drawing a wider range of creative talent into the industry and by widening its audience.

Beyond a corporation’s financial interests, today, investors, shareholders, consumers, and workers are interested in new perspectives and the kind of innovation that is possible because of diverse workplaces. These stakeholders are pressuring leadership to deliver more than profits: They want corporations to reflect their values. Fortune CEO Alan Murray, in his recent book Tomorrow’s Capitalist: My Search for the Soul of Business, observes this trend towards corporate social responsibility and how social purpose serves a company’s long-term survival. Murray explains that we “live in a world that is demanding more of companies.” Corporations must address DEI concerns for the sake of their own longevity.

Although many corporations have begun to acknowledge the value of DEI, their leaders, as a group, have remained homogenous. A 2021 research summary, verified with the Bureau of Labor Statistics and the Census, found that 81.1% of CEOs are white and 64.2% are men. It’s impossible to ignore the enduring legacy of white male supremacist ideology and how it shapes our present-day leadership patterns. Businesses must confront this legacy directly, with the knowledge that this ideology will flourish as long as corporate leadership can be touted as evidence of white male superiority. Instead of staying silent, businesses should offer support and solidarity to targeted community members, especially those in their workforces, and denounce acts of violence done in the name of white male supremacist ideology.

To further signal a commitment to equity, corporate America should diversify its leadership, including boards of directors and C-suite officers. The 2022 Board Monitor found that 45% of those appointed to Fortune 500 boards in 2021 were women. But it also found that non-white women are appointed to boards significantly less often than their male counterparts. Of the Asian American appointees, only 33% were women, and of the Hispanic/Latinx appointees, only 31% were women. Racial, ethnic, and gender and sexual identity representation have been proven to enhance perspectives in corporate settings. It’s also vital for every company to include board members who are disabled and neurodiverse, as well as people of every body type, understanding that intersectional identities bring additional perspectives and complexity

To make clear their opposition to societal hate, companies must enact workplace policies to prevent, address, and eliminate harassment and discrimination in addition to investing in diversity, equity, and inclusion. The #MeToo movement revealed the ubiquity of sexual harassment and/or assault, which affects 81% of American women in their lifetimes. Many reported incidents involved gender harassment, including misogynist slurs, taunts, stereotypes, or name-calling as well as gender-motivated physical threats, attacks, and other hateful conduct. Clearly women were targeted because of their sex and told that they are incompetent and/or unwelcome in workplaces. Similar reports of racist, homophobic, ableist, and transphobic verbal and physical abuse in workplaces are common.

Thoughtful, detailed conversations about anti-violence efforts and complaint resolution are a must. To foster meaningful engagement, with the entertainment industry in mind, the Hollywood Commission has created asample workplace conduct policy, employer checklists, and template policies and procedures that are comprehensive and flexible to adaptation. When employers proactively cultivate inclusivity and belonging, employees of different backgrounds can work more effectively, efficiently, and cooperatively.

Providing equal pay for equal work at the leadership and rank and file levels also counters the idea of corporate America as emblematic of white male supremacy. Today, the gender and racial wage gaps across the American workforce are extreme, with the greatest disparity existing between the wages of white men and the wages of women of color. For instance, Hispanic, Native American, and Alaska Native women are paid only 57% of what white men are paid. Achieving pay equity throughout a company, though complex and slow, is a sure way to show that workers are valued for their productivity.

Two years ago, companies set ambitious goals that clearly proclaimed their willingness to address inequalities. By doing so, many benefited financially and raised their public profile. However, the work is not complete. And we’ve learned over time that systemic change requires taking on seemingly insurmountable challenges, deep and long-term investments, and the will to stay the course.

Anita Hill is chair of the Hollywood Commission, an organization that works to stop discrimination, harassment, and abuse in the entertainment industry. She is a professor of social policy, law, and women’s studies at Brandeis University and the author of Believing: Our Thirty-Year Journey to End Gender Violence.

Julia Belanova is program coordinator at the Hollywood Commission.