‘I knew there was a market for it’: A bottle of champagne just sold for $2.5 million. Some NFTs were involved.   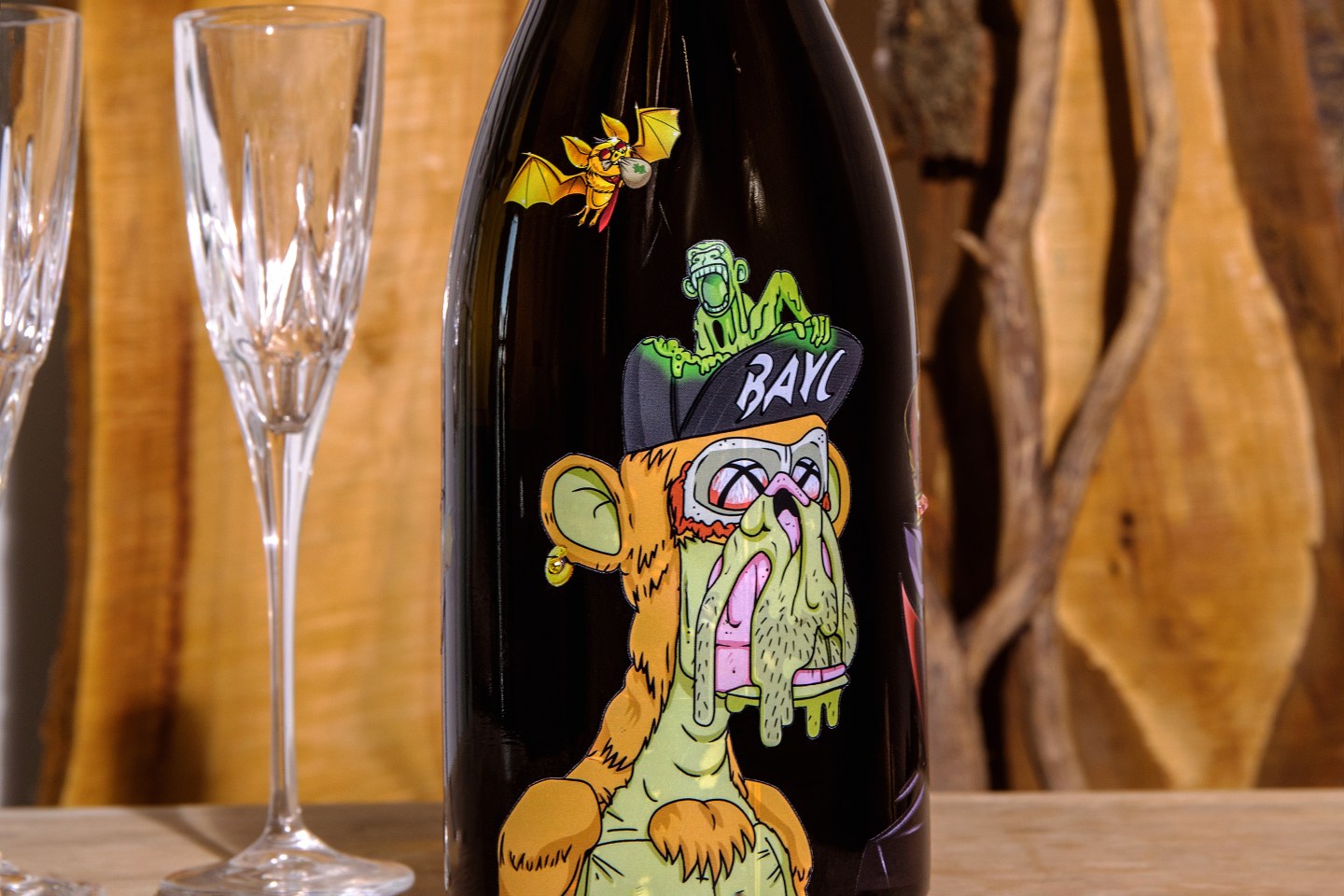 A champagne sold for 2.5 million because of attached NFTS.
Courtesy of Champagne Avenue Foch

Consumers are cutting their spending amid record high inflation by pulling back on restaurant dining, but they’re still not giving up alcohol spending.

Two investors may have taken that to the extreme this week, paying $2.5 million for a bottle of champagne.

But of course, this isn’t just any bottle of champagne—this one comes with NFTs, or non-fungible tokens, digital assets that can be bought or sold.

Brothers Giovanni and Pierre Buono purchased a bottle of Magnum 2.5 from Champagne Avenue Foch in a private sale on June 8. The limited edition bottle was created by Shammi Shinh, a self-described champagne connoisseur and NFT trader, in collaboration with the artist Mig, who is behind The Bored Ape Yacht Club and The Sneaky Vampire Syndicate NFT collections.

Although the bottle might be a new record, Shinh told Fortune he was not surprised by the sale.

“I knew there was a market for it,” he said.

The champagne bottle is printed with images of five pieces of NFT art, and the digital versions of those NFTs are included with purchase.

Shinh added he expected the bottle to be held onto and traded again, based on what the buyers have indicated.

“To me, I’m thinking people are spending millions of dollars on pictures of apes, why wouldn’t they prefer a high caliber champagne with an ape on the bottle itself?” said Shinh, referring to the Bored Ape Yacht Club NFT collection.

This is not the first time NFTs have been involved in notable alcohol sales. In October 2021, a Macallan 1991 scotch was sold at an auction for $2.33 million, bundled along with a specially commissioned NFT.

As for the Magnum 2.5, the champagne itself is made with Premier Cru grapes and a blend of Pinot Noir, Meunier and Chardonnay.

The estate that produced Champagne Avenue Foch’s champagne, Allouchery-Bailly in France, sells their own brand of Premier Cru for as low at $14.60, The Wall Street Journal reported.

“I don’t plan to drink it, I think it will be a good investment,” Giovanni, one of the brothers, told the Journal. “There is a lot of turmoil in the investment world, things are changing geopolitically very quickly. Wealthy people will look for places to store their wealth for a while — and that could be a champagne with an NFT attached to it.”