Bitcoin falls below $20,000 and crypto investors see further declines ahead 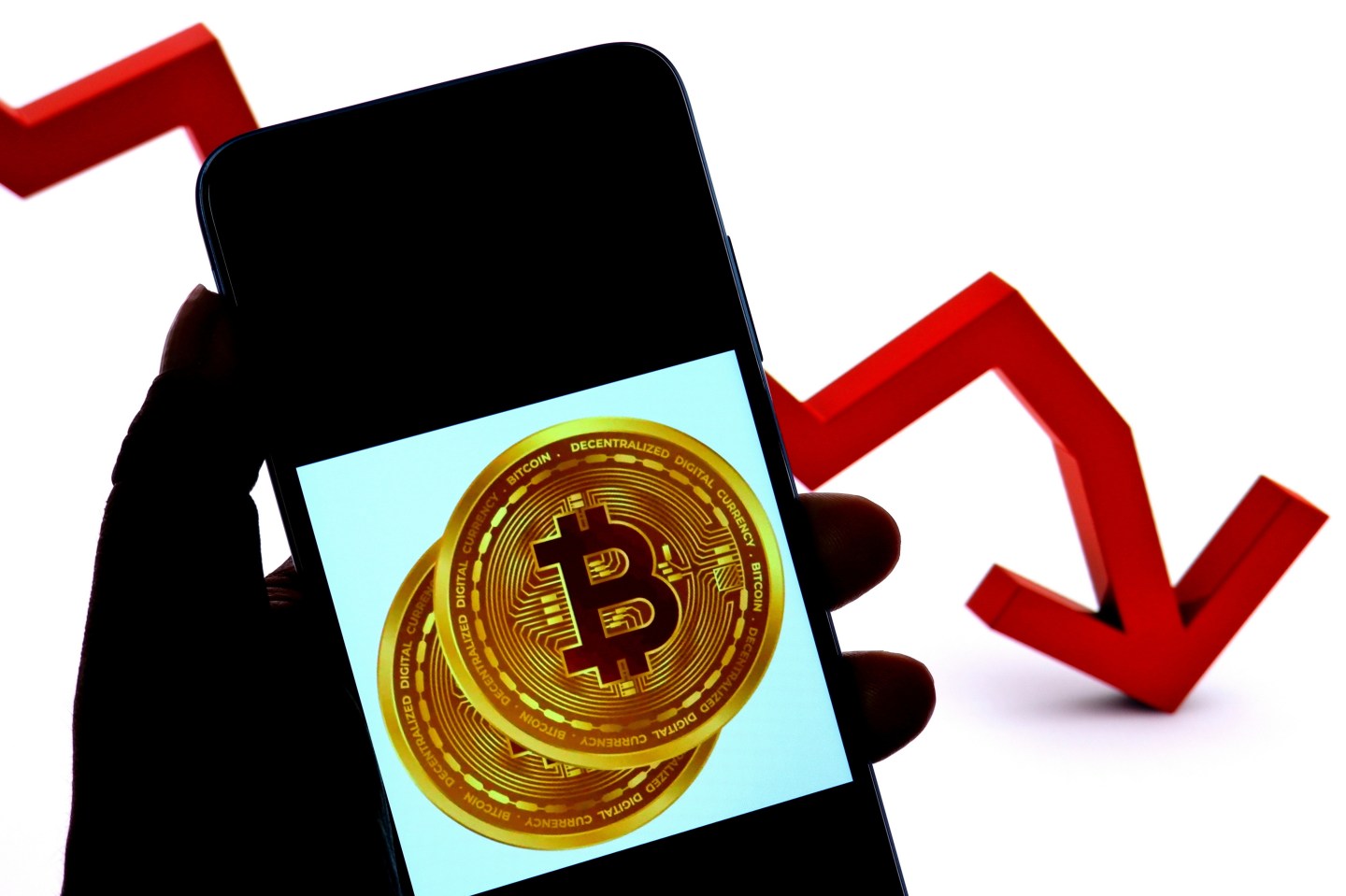 Bitcoin dropped through a major support level Tuesday, falling below $19,700 amid a sell-off in broader markets that saw equity indexes decline and the euro approach parity with the U.S. dollar.
Avishek Das—SOPA Images/LightRocket via Getty Images)

Bitcoin dropped through a major support level Tuesday, falling below $19,700 amid a sell-off in broader markets that saw equity indexes decline and the euro approach parity with the U.S. dollar.

Price-charts show Bitcoin saw rejection at last week’s $21,800 level. It experienced some support at $20,500 over the weekend and dropped to the $19,700 mark in early Asian hours today. A brief bump up to almost $20,000 was followed a return to the lower level in the European morning.

Bitcoin could drop to as low as $18,700, a level it reached earlier this month, technical analysis shows. A recovery from current levels, on the other hand, could see Bitcoin climbing as high as the $21,300 zone in coming weeks.

The declines came as Singapore state-owned Temasek Holdings, which manages more than $287 billion of assets, cautioned of more downturns across financial markets, citing the likelihood of a “recession in developed markets.”

Temasek said it forecast a “mild recession” in the U.S. next year, adding that China faces “challenges” and the global economy “is in a fragile state.” “Rising inflation, surging commodity prices, and severe supply chain bottlenecks have uncovered further fault lines in the global marketplace,” it said in a statement.

The euro dropped to a 20-year low of $1.0002 against the dollar, approaching parity. The weakness arose amid concerns of an energy crisis stemming from Russia’s invasion of Ukraine that would tip the region into a recession, while the dollar was buoyed by expectations of the Federal Reserve committing to faster rate hikes.

Some Bitcoin investors see more reasons for a decline than a rebound.

“An additional reason has strengthened our view that the upside will be capped in the near-term: This is the news about Mt. Gox releasing approximately 140,000 BTC in August,” QCP Capital traders said in a Telegram broadcast on Tuesday.

“Our main takeaway is that there is a high chance of BTC supply flooding the market soon,” they wrote. “The possible impact would be additional selling pressure on BTC and perhaps the outperformance of ETH and Alts against BTC.”