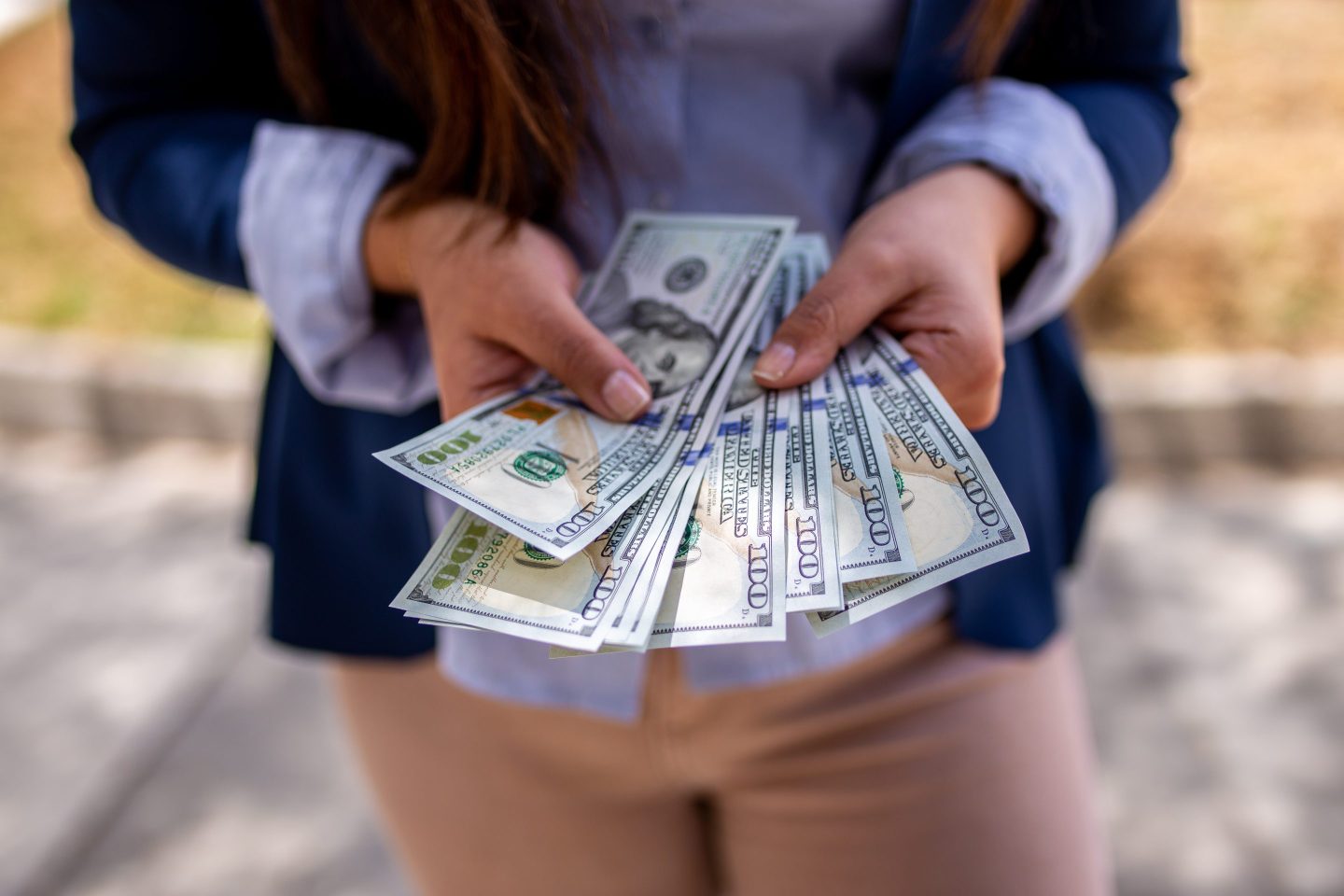 Everyone loved stimulus checks during the COVID-19 pandemic.

Millions of Americans received three rounds of checks from the federal government, and some cities and towns around the U.S. went even further, experimenting with sending small groups of people direct payments as poverty relief.

Now, a new preliminary study posted this week on SSRN, an open access platform used to share early-stage research, about the “unconditional cash transfers” (UCTs) in high-income countries, like the U.S., sheds some light on what those kinds of checks can do—and what they can’t. The study has yet to be peer reviewed.

But the new study found that while a one-time small cash transfers didn’t hurt recipients in high-income countries who were living in poverty, it didn’t help them either. And in fact, getting a one-time lump sum made them feel more distressed about their financial situation, because it wasn’t enough to meet their needs.

A nice bonus, but not enough

Researchers studied 5,243 people living in poverty in the U.S., All the participants averaged a baseline income of around $1,000 income per month — about half were below the federal poverty line.

Researchers divided them up into three different groups that were given a one-time payment of $0, $500 or $2,000.

Participants were given a survey before receiving cash, then periodically throughout the study,  measuring their financial and psychological well-being, as well as their cognitive capacity and physical health.

Researchers expected that the two groups that received the one-time transfer of $500 or $2,000 would experience positive effects in comparison to the control group, which received $0.

But that didn’t happen. And in fact, the groups that received money “experienced greater stress in deciding how to spend money, were more likely to think about money, and were more aware of both their own needs and those of their friends and family,” researchers wrote.

Both cash transfer amounts increased participants’ spending in the short term. In the two following weeks, the $500 group spent $26 more per day on average compared to the control group of $0, while the $2,000 group spent $82 more.

But there was no evidence that the cash created differences in their savings. The money was used on debit or credit card payments, digital payments such as Venmo, bills, food and drink, shopping and transportation.

And no long-term positive effects were found with a single one-time cash payment. Additionally, no differences between the $500 and $2,000 were found in terms of financial and psychological well-being. Both experienced the same added anxiety without an increase in long-term financial success.

“These results hint that while the cash did not actually produce worse outcomes in some objective sense, in some situations it made recipients feel worse,” researchers wrote.

In attempting to understand why the cash did not produce positive results, researchers came to the conclusion that the cash transfers just weren’t enough to change their lives significantly. And realizing that made participants feel a greater burden and more distressed.

“Receiving some, but not enough, money may have made their needs—and the gap between their resources and needs—more salient, which, in turn, may have made them feel distressed,” researchers wrote.

After conducting post-trial interviews with participants, about half said they needed more than $2,000 to make a difference. The researchers concluded that the effectiveness of one-time cash transfers in alleviating poverty is not seen as a solution for promoting well-being while also offsetting financial troubles. But they added that a larger amount of money, possibly paid over time, could create positive effects.

A current trial underway from the same researchers, studying what happens when people are given $500/ month for 18 months, is expected to conclude next year.