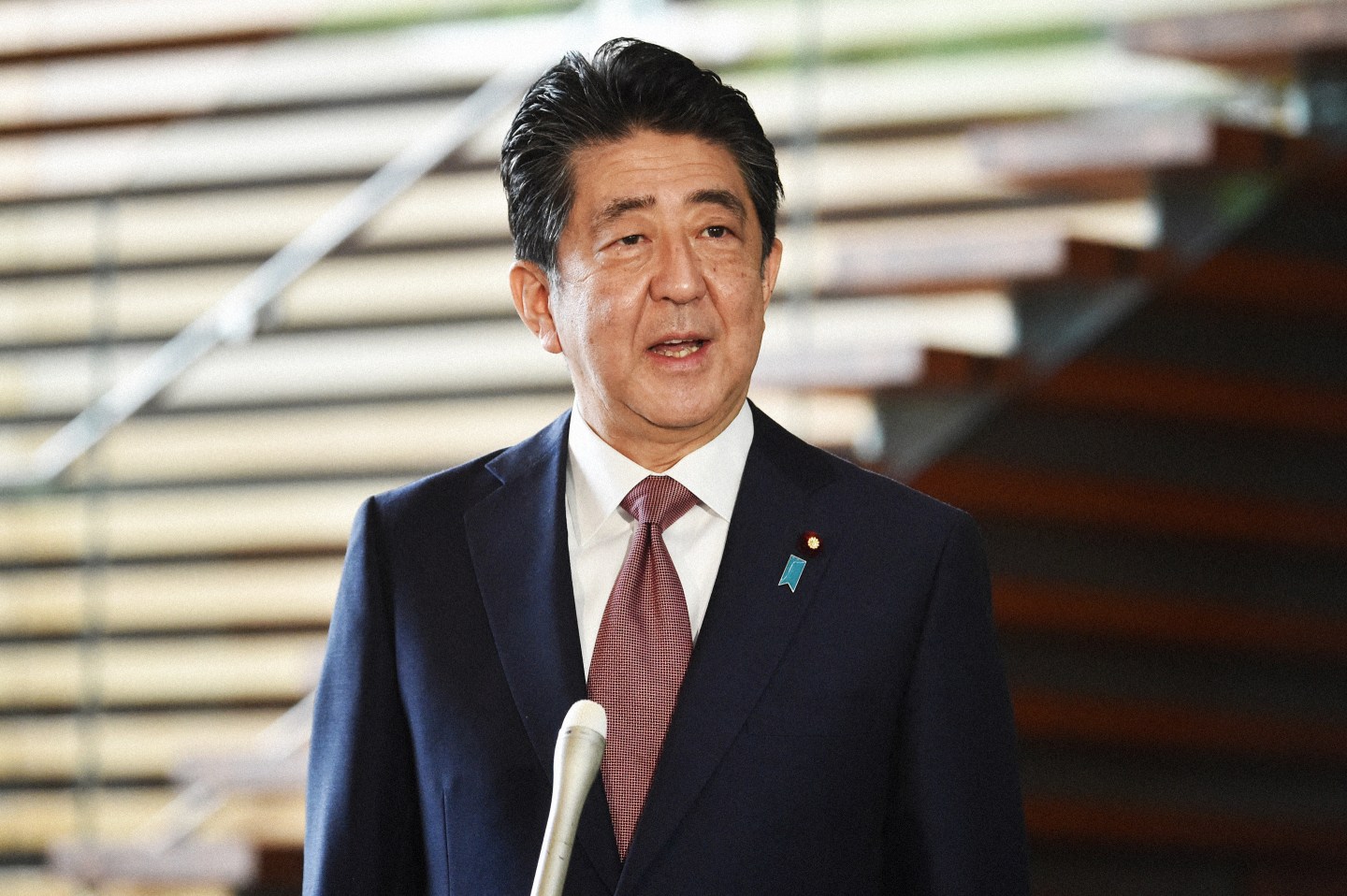 Then Japanese Prime Minister Shinzo Abe spoke to the media at his office in Tokyo, Sept. 16, 2020.
Kazuhiro Nogi—AFP/Getty Images

Japan’s former Prime Minister Shinzo Abe, assassinated on Friday, left a major mark on the country after spending years trying to craft its exit from decades of economic stasis.

Abe first assumed the role of prime minister in 2007, though he left after a year owing to complications with his health. He returned in 2012, serving until 2020 and becoming the country’s longest-serving prime minister.

It was during his second term that he implemented the series of economic and foreign policy measures that would come to define his political legacy.

Prior to Abe becoming prime minister, Japan had endured several decades of sluggish economic growth—a period popularly known as the “Lost Decades.” The era began in 1991, when an economic bubble burst following years of inflated asset prices ranging from real estate to stocks.

Abe’s economic policy agenda was composed of a “three arrows” approach to lead Japan out of its stagnation, consisting of fiscal stimulus, loose monetary policy by the Bank of Japan (BoJ), and structural reform addressing issues like a declining population and less competitive industries.

“Other prime ministers also tried, but Abe was a bit more successful,” says Nye. “It still didn’t restore Japan’s prior growth rate, but that was not in the cards anyway.”

Throughout the 1980s, Japan led the world in terms of GDP growth, outpacing the U.S. Though Abe’s efforts were not totally successful, Nye says he did restore some dynamism to the country’s economy.

Of the three arrows, Abe’s monetary stance has been the most long-lasting, with the BoJ maintaining interest rates near 0.0% today even as central banks of other countries raise theirs to combat global inflation. The BoJ had enacted loose monetary policy for years prior to Abe taking office, in fact, by focusing on quantitative easing—the process by which a central bank purchases government bonds to inject liquidity into the market.

“After the initial success, over the longer term, it wasn’t so clear that Abe really had gotten Japan out of its economic doldrums,” says Steven Vogel, chair of the political economy program and professor of Asian studies and political science at the University of California, Berkeley. “It was his foreign policies that had more impact.”

While in office, Abe worked to strengthen U.S.-Japan relations and expanded the country’s military and national security powers, which until then had been seriously limited by the country’s postwar constitution. He established the country’s National Security Council in 2013.

Adopted in 1946 under the auspices of Allied powers, Japan’s constitution includes an article through which the Japanese people “forever renounce war as a sovereign right” and limits retention of armed forces. Abe worked to amend that article, but barring public support, opted instead to reinterpret it in order to increase the country’s capacity for self-defense.

“His interpretations eventually were accepted by the Diet and allowed the Japanese to cooperate a lot more closely with the U.S. in terms of planning for self-defense and the defense of East Asia,” says Nye.

To do so, Abe needed to balance both domestic opinion and anxieties of other East Asian countries, assuring them that he was only interested in an obligation to help strengthen American defense measures.

“He succeeded in threading that needle,” says Nye. “I think that’s going to be what he’ll be known for in the history books 10 to 15 years from now.”