Sharing abortion stories can be a powerful tool for change, business leaders find 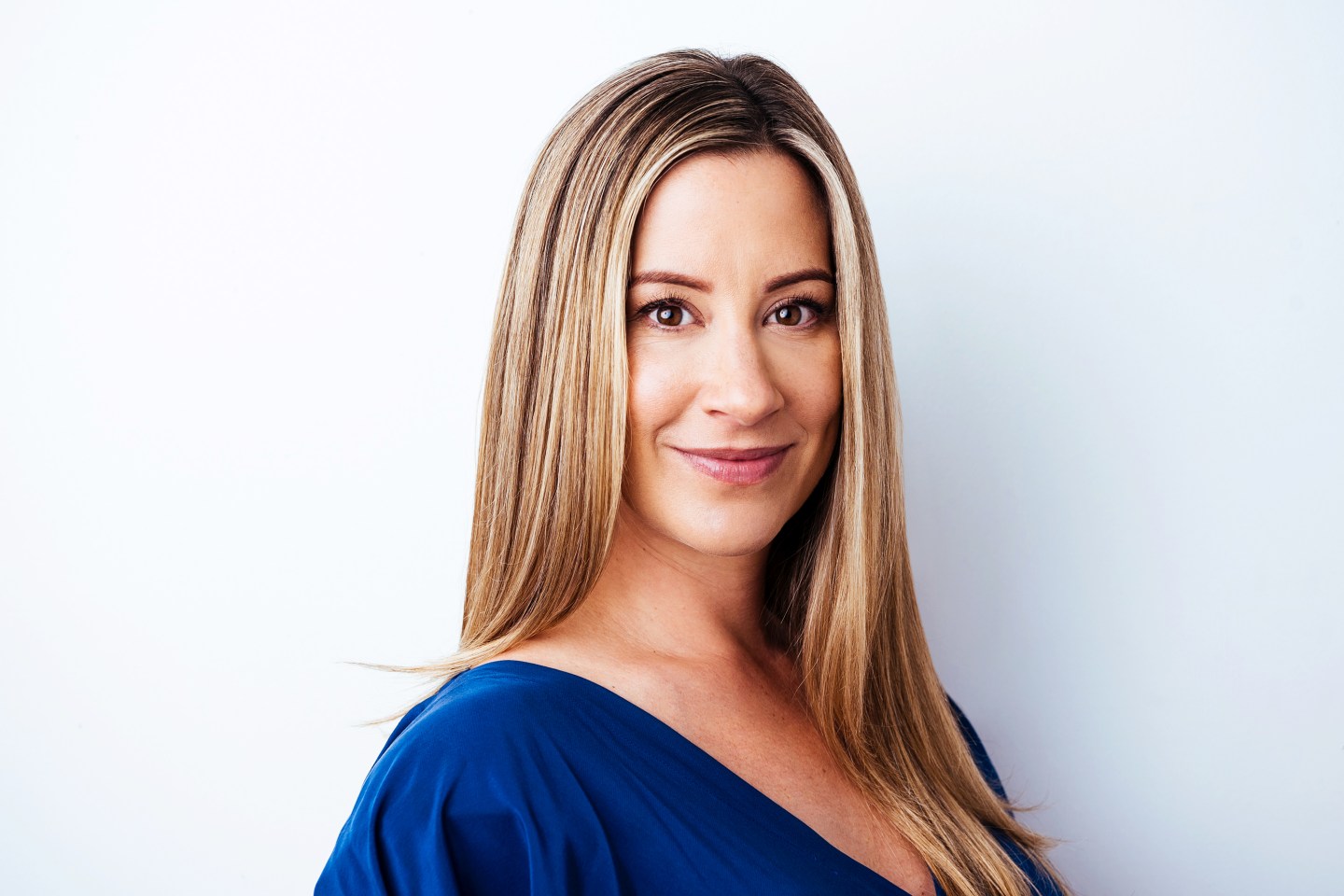 Leslie Schrock, an angel investor and adviser to women's health businesses including Maven and Alife. Schrock is the author of "Bumpin': The Modern Guide to Pregnancy."
Courtesy of Leslie Schrock

– The power of storytelling. Without the ability to reshape the Supreme Court or strike down state-level abortion bans, abortion-rights supporters have sometimes felt helpless in the face of the end of Roe v. Wade.

But advocates have another kind of power: their stories.

Politicians and activists have long known the power that sharing first-hand experiences can have, from destigmatizing abortions to publicizing just how common the procedures are. Corporate America, always more conservative than the general public, has been slow to catch up.

On the day of the Supreme Court decision in Dobbs v. Jackson Women’s Health Organization, almost two weeks ago, I started reaching out to business leaders to see if anyone wanted to share a personal experience with abortion. Fourteen CEOs, founders, and executives did, describing everything from long-ago decisions to end unplanned pregnancies to terminations of much-wanted but medically non-viable pregnancies.

Suzanne Lerner, CEO of the apparel brand Michael Stars, recounted her experience ending an unplanned pregnancy in the late 1970s, shortly after the original Roe decision. Kat Cole, president and COO of Athletic Greens, spoke about the D&C procedure she had to undergo to ensure her health and safety following a miscarriage. Suneera Madhani, the founder and CEO of fintech company Stax, reflected on an abortion she had in college—and why she kept it secret from most people despite sharing so much else about her life. “This is the only secret I’ve carried,” Madhani told me.

Stax founder and CEO Suneera Madhani with her husband, Faizal, and two daughters.
Courtesy of Stax

The impact of their stories and choices is clear. Abortion access allowed so many leaders running companies today to pursue a path that led them to the top of their respective industries, and helped numerous women leaders stay healthy and alive during pregnancies that went wrong.

These experiences aren’t unique to corporate executives but hearing these anecdotes from business leaders has its own special kind of power. Already, businesses have played a critical role in deciding the future of abortion access in the U.S., from funding travel to lobbying at statehouses and in Washington. Hearing these stories may help fellow executives realize that they’re not implementing abstract policies affecting theoretical individuals. Their decisions will have a real-world impact on employees and the leaders they work alongside in the C-suite.

Reporting this story reminded me of another piece I wrote for Fortune in 2019, in which 11 founders and CEOs shared their experiences having babies while running their businesses. Birchbox founder Katia Beauchamp described working from the hospital during 100 days of bedrest, while others described the stigma attached to pregnancy in corporate environments like meetings with venture capitalists.

The choice to have a child—or not—is deeply personal, and by sharing these stories, I hope readers can see how abortion affects all of us. Read the full story here.

- Bye, Boris. U.K. Prime Minister Boris Johnson announced he will resign as leader of the Conservative Party and eventually as prime minister after a wave of scandals. Government ministers resigned in droves over the past 24 hours, pushing Johnson out. Among the ministers to resign were newly appointed education secretary Michelle Donelan and treasury minister Helen Whately. Foreign secretary Liz Truss is a rumored candidate to replace Johnson. Axios

- Family business. According to court documents, Elon Musk last year had twins with Shivon Zilis, a top executive at Musk's company Neuralink. Zilis's title is director of operations and special projects at Neuralink; she previously worked at Tesla and met Musk through the nonprofit OpenAI. Musk now has nine children; the twins are eight months old. Business Insider

- Long-awaited action. President Joe Biden and Vice President Kamala Harris spoke with Cherelle Griner, the wife of Phoenix Mercury basketball star Brittney Griner, on Wednesday. Biden responded to the letter Griner sent from Russia, and told Cherelle that he was working to secure her wife’s release after almost five months of detention. More than 1,200 Black women, including Bernice King, Donna Brazile, and Debra L. Lee, sent an open letter to the White House urging the administration to secure Griner's release.

- Bad timing. The American Academy of Pediatricians last week updated its breastfeeding guidance, suggesting that parents breastfeed for two years, rather than one year. But after the overturn of Roe v. Wade, a national baby formula shortage, and the failure to pass the PUMP Act in Congress, the timing of the announcement seems ill-advised. New York Times

- Nonbinary princess. Emma Corrin, who played Princess Diana in the most recent season of The Crown on Netflix, is the first nonbinary person to appear on the cover of Vogue. The actor discussed embracing a new gender identity after starring in a role so closely associated with British femininity. "I feel much more seen when I’m referred to as ‘they,’ but my closest friends, they will call me ‘she,’ and I don’t mind, because I know they know me," Corrin said. Vogue

- Alternative measures. Interest in tubal ligation procedures, commonly referred to as "tied tubes," spiked after the Supreme Court’s overturn of Roe. But the procedure, which is usually hard to obtain and difficult to reverse, has a problematic past. Doctors often deny the procedure, saying that patients are too young or might change their minds. But Black, Latina, and Indigenous women in the U.S. are nearly twice as likely as white women to be approved. Wired

- Perks don't apply. China is incentivizing women to have more children to combat its population decline by offering tax and housing credits, educational benefits, and cash. But unmarried, single mothers are excluded from these benefits and often discriminated against for their unmarried status. New York Times

- Open-door policy. Some Airbnb hosts are eager to offer their homes to patients traveling for abortion care. But the company and its hosts face potential legal risks for doing so under laws that penalize those who "aid and abet" abortion. Bloomberg

- Modest couture. Online fashion brand Boohoo has launched a modest fashion line designed by 20-year-old Sameera Mohmed. Mohmed won a contest held by the retailer in fall 2021, asking students to design a sustainability-focused collection. “I think it’s important to show that modesty can still be fashionable… [and] expressed in a fun and funky way shows that it not only catered towards Muslims,” she said. Essence

Do nations with greater gender equality have better women's football teams? The Athletic

The rise of the far-right Latina New York Times

She inspired A League of Their Own. At 95, she’s far from done New York Times

TWICE is entering a whole new era—are you ready? Cosmopolitan

"I personally love being underestimated. I think it’s a total superpower."