Boris Johnson will quit as U.K. Prime Minister but plans to hang on in the job until October 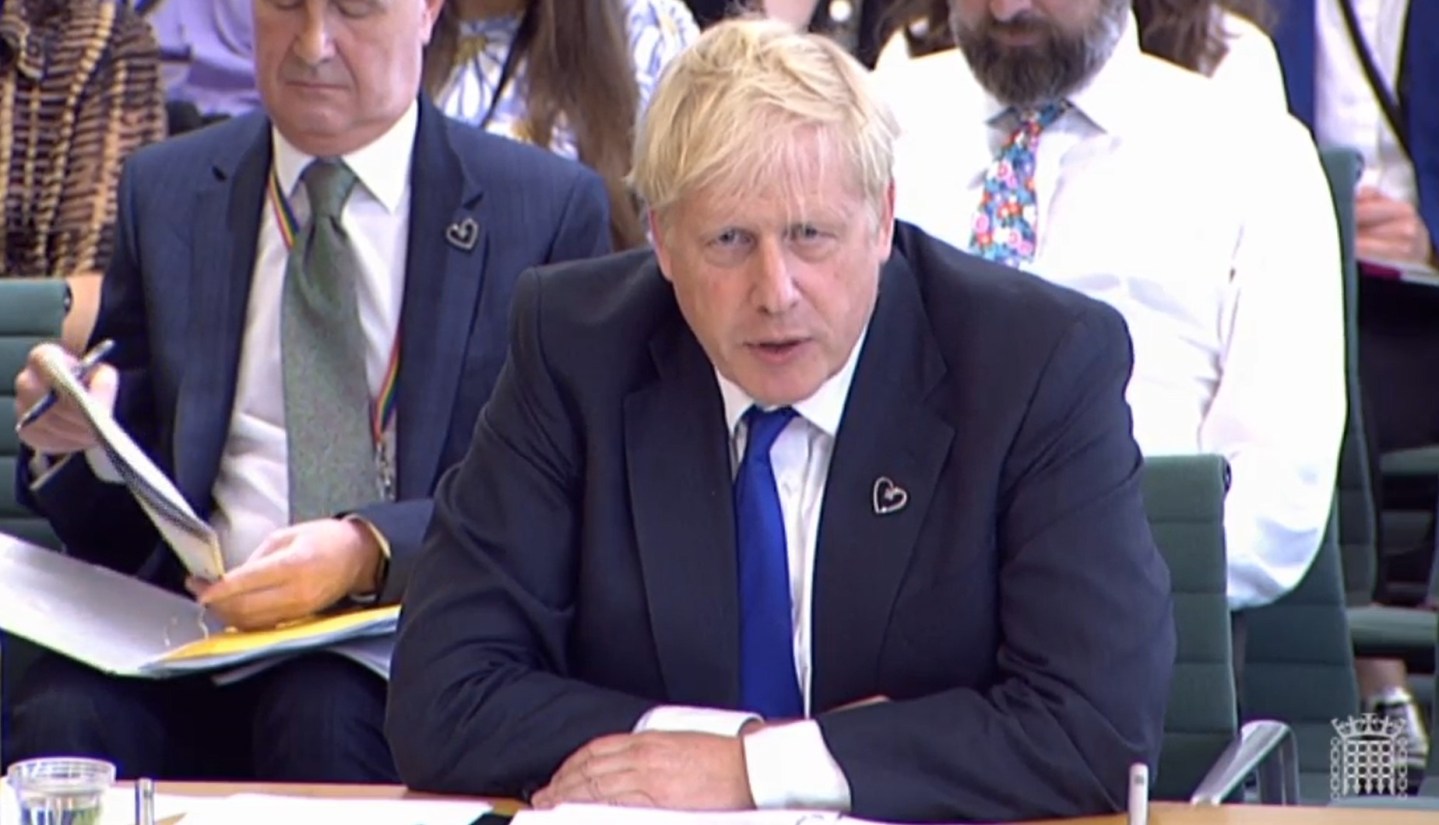 Prime Minister Boris Johnson appearing in front of the Liaison Committee in the House of Commons, London, on July 6, 2022.
House of Commons/PA Images/Getty Images

UK Prime Minister Boris Johnson plans to resign, according to two officials familiar with his thinking, following an unprecedented wave of resignations from his government over the past two days.

A close ally said Johnson had showed in the last 48 hours he would go down fighting but he’s conceded he must resign. He will stay on as caretaker prime minister until October, with a new Conservative leader set to be installed in time for the party’s annual conference.

Johnson will also make a statement to the country on Thursday.

Johnson is bowing to the inevitable after his government hemorrhaged dozens of ministers and junior aides, and members of his cabinet — including newly-appointed Chancellor of the Exchequer Nadhim Zahawi — told him to his face that he should step down.

On Wednesday, the premier had remained defiant with his team saying he intended to fill the vacant roles. But the exodus continued on Thursday morning, with two cabinet ministers quitting, alongside a slew of junior ministers, and Zahawi tweeting that the situation was “not sustainable.”

It’s an ignominious end for a prime minister who helped secured a thumping majority for his party at the general election in 2019 and just last month suggested he intended to serve into the 2030s.

Just last week, Johnson was preparing to make his closing statement to the NATO summit in Madrid, in high spirits after eight days of international diplomacy at gatherings around the world. He batted away questions from travelling journalists about his domestic strife, preferring to focus on his efforts to support Ukraine in its fight against Russia.

This is how he wanted to be portrayed: a powerful world leader who was willing to stand up to bullies and help those most in need.

But Tory anger snowballed in the past week as it emerged the premier promoted an MP, Chris Pincher, to a senior government role in February despite knowing of a formal complaint into inappropriate behavior in 2019. His office’s changing message about what he knew and when about Pincher’s behavior then raised fresh questions about the premier’s honesty and judgment.

Johnson’s planned departure will now trigger a contest to succeed him as Tory Party leader — and prime minister — that’s likely to take weeks. While there’s no clear front-runner, likely contenders include Foreign Secretary Liz Truss and former Chancellor of the Exchequer Rishi Sunak — whose resignation alongside former Health Secretary Sajid Javid on Tuesday set in motion the flood of departures over the past two days.

Javid and Zahawi also may run, while Attorney General Suella Braverman said late Wednesday that she intended to do so. Others with ambitions include former Foreign Secretary Jeremy Hunt, runner-up to Johnson in the 2019 contest, and Former Defence Secretary Penny Mordaunt, who some bookmakers have made the favorite.