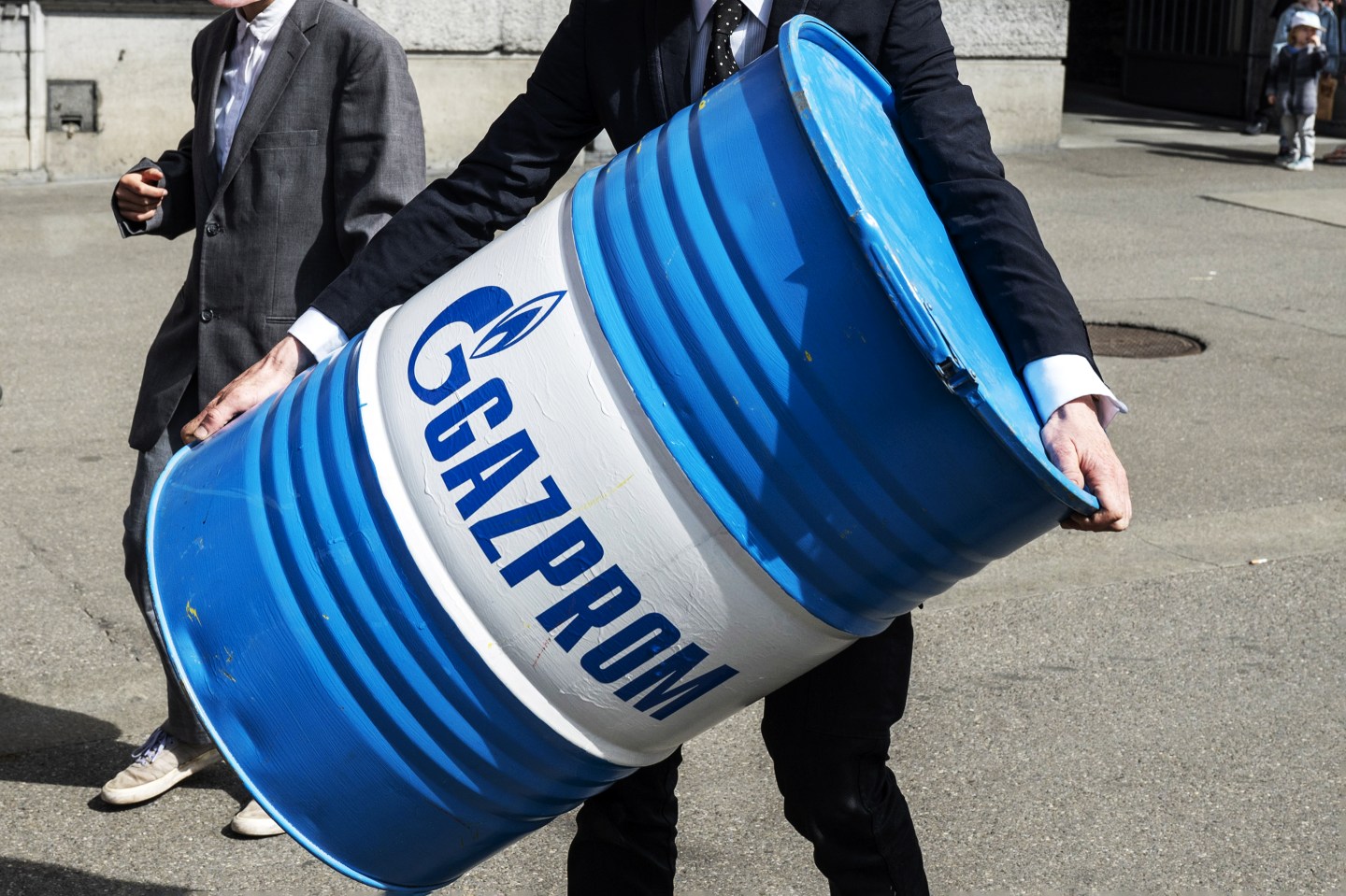 Yuri Voronov, a 61-year-old resident of St. Petersburg and executive with ties to the Russia-owned energy company Gazprom was found dead with a gunshot wound to the head in his swimming pool.
Pascal Mora—Bloomberg/Getty Images

A Russian executive with ties to the state-controlled gas corporation Gazprom was found dead with a gunshot wound to the head in a swimming pool, local Russian media reported earlier this week.

Emergency workers reportedly arrived at a house in Russia’s Vyborgsky District Monday to find the body of Yuri Voronov, a 61-year-old resident of St. Petersburg, lying in the pool with a pistol nearby and several spent shell casings at the bottom of the pool, according to 47news, a local Russian news outlet.

Voronvov founded a transport and logistics company, Astra-Shipping, that specialized in  Gazprom contracts in the Arctic, the outlet reported.

In the three days leading up to his death, no one had entered or left the house, according to police-reviewed security footage. Voronov’s wife told officers that he left St. Petersburg on July 1 after about two weeks of heavy drinking and a falling-out with company partners, 47news reported. The cottage where he died is located in an ultrawealthy part of an area called Peski.

47news reviewed records that showed his company ran into high amounts of debt in 2020 and 2021, the outlet reported.

The district department of Russia’s investigative authority is looking into the circumstances and causes of Voronov’s death.

In recent months, several Russian businessmen with ties to Gazprom have died. Most have been ruled as suicides or murder-suicides, but the deaths have prompted some suspicion.

In late January, Leonid Shulman, head of Gazprom Invest’s transport service, was found dead in his bathroom next to a suicide note in which he complained of pain in his broken leg, according to independent Russian newspaper Novaya Gazeta. At the time, he was being investigated for alleged fraud at Gazprom.

In February, police found Gazprom executive Alexander Tyulyakov hanged in his St. Petersburg garage, Novaya Gazeta reported. Police questioned the authenticity of a suicide note found near his body, per the outlet.

A few months later in April, Russian oligarchs Sergey Protosenya and Vladislav Avayev were found dead alongside the bodies of their wives and children in separate incidents discovered one day apart.

Protosenya was a former executive at Novatek, a gas company with close connections to Gazprombank. In a rented luxury villa in Spain’s Catalonia region, he was found hanged and his wife and daughter stabbed to death, according to Spanish outlet Telecinco.

Though police have investigated the case as a murder-suicide, Novatek and Protosenya’s son disputed the theory that his father was the killer to the Daily Mail, instead suggesting all three family members were murdered.

On April 18, Russian state-controlled news agency TASS reported the deaths of Vladislav Avayev—former Kremlin official and former vice president of Gazprombank, Gazprom’s financial arm—along with those of his wife and daughter in the family’s Moscow apartment. The news agency said preliminary evidence suggested the deaths were part of a murder-suicide.