Car prices are soaring so much that Chevrolet will give out retroactive EV refunds as high as $6,300 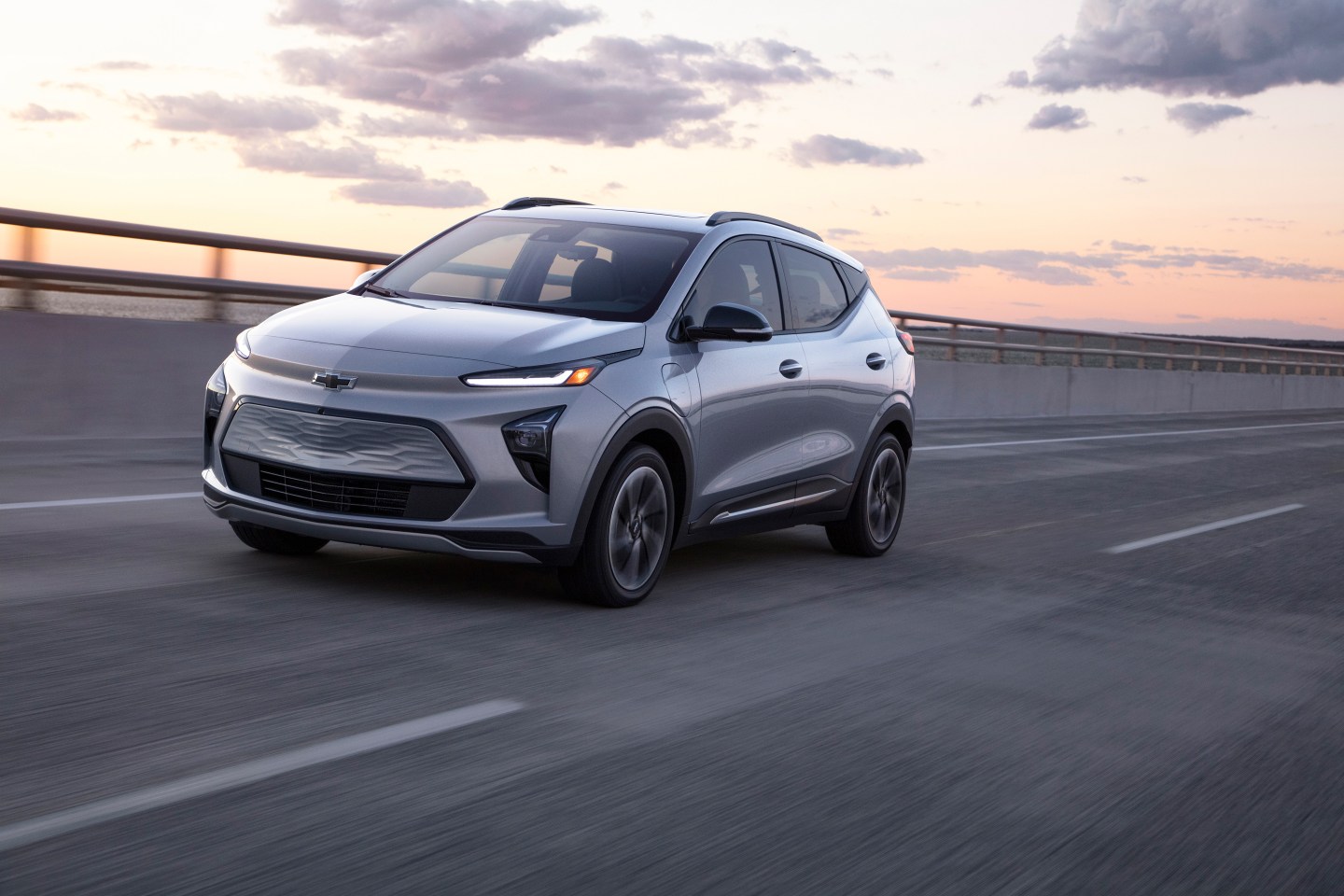 Last month, Chevrolet announced it would slash prices for its 2023 Bolt EV and Bolt EUV. What about the customers who had just bought an electric Chevy? The automaker has moved to address this by stepping in with retroactive refunds.

Chevy’s new “goodwill program” will reimburse most customers for Bolt EVs and larger Bolt EUVs purchased before June, Automotive News reported. The maximum reimbursement amounts are $5,900 and $6,300, respectively. Both the model years 2021 and 2022 are eligible, but vehicles leased through the financial services arm of General Motors are not, Chevrolet told Fortune.

“​​A small number of Bolt EV and EUV customers purchased their vehicles in 2022 calendar year, when incentives were low due to limited inventory,” Chevrolet spokesperson Shad Balch said. “As a result of the price reduction announced on the 2023 Chevrolet Bolt EV/EUV, we want to make sure these customers are satisfied with their purchase and ownership experience.”

In the coming weeks, eligible customers can expect to receive a letter from Chevrolet detailing the process for getting a reimbursement, the carmaker said, but how much customers receive could vary.

“The amount that an eligible purchaser may receive will depend upon multiple factors, including model year and trim level,” Balch said.

General Motors has recalled more than 141,000 Bolts since last August and halted manufacturing of the electric vehicles for several months after some defective batteries caught fire. As a result, the carmaker only sold 358 Bolts in the first quarter, though production resumed in April.

Balch said that because of the gap between when production started again in April and when it announced the pricing of its 2023 model in June, the company decided “offering this goodwill to eager customers who purchased a Bolt EV/EUV in the 2022 calendar is the right [thing] to do.”

Following the change, General Motors told Reuters it was motivated to “make sure Bolt EV/EUV are competitive in the marketplace” and reflect that “affordability has always been a priority for these vehicles.”

Last month’s price cuts made the Bolt EV one of the least expensive electric vehicles on the U.S. market. It has become more expensive than ever to purchase a new car, and the average monthly car payment for Americans hit a record $712 in May, according to research from Cox Automotive and Moody’s Analytics.